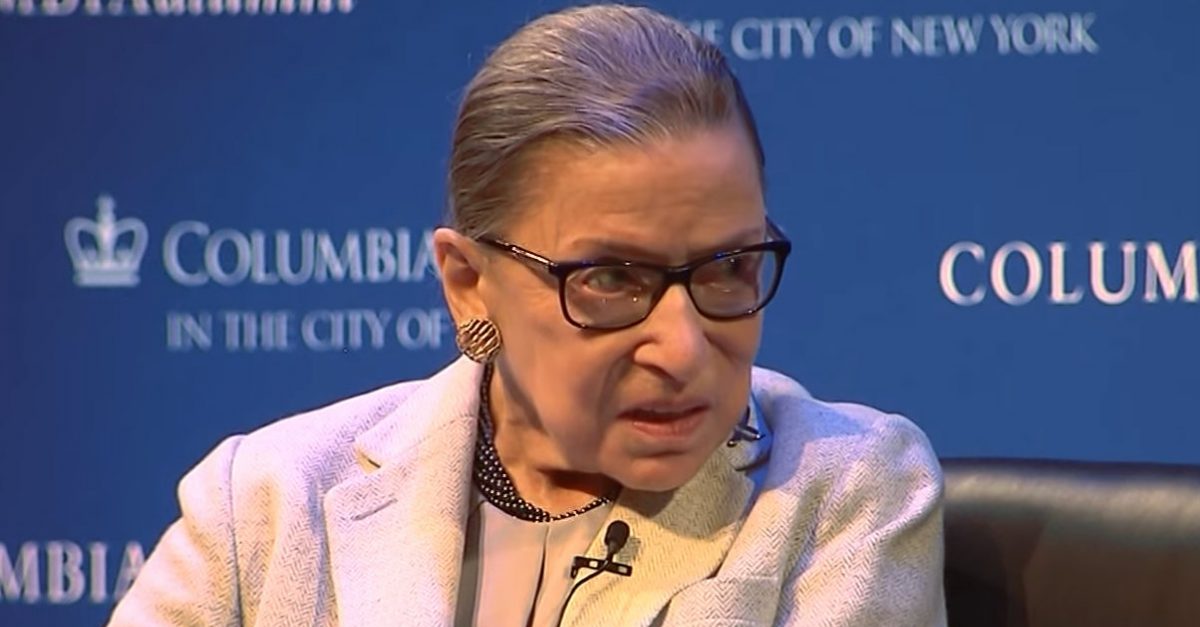 “Today, for the first time, the Court casts totally aside countervailing rights and interests in its zeal to secure religious rights to the nth degree,” Ginsburg wrote in the opening paragraph of her dissent in Little Sisters of the Poor v. Pennsylvania.

The case centered on a challenge to the Trump administration’s 2017 expansion of the exception to the ACA’s Women’s Health Amendment (WHA), which generally required employers to provide female employees with health insurance that included access to certain forms of contraceptives approved by the FDA at no cost. The expanded exemption to the WHA allowed private employers to opt out of providing contraception coverage on the basis of religious or moral objections.

Ginsburg, who was joined in her dissent by Justice Sonia Sotomayor, went on to point out that the court’s majority decision is likely to leave approximately 100,000 women without access to no-cost contraception.

“Destructive of the Women’s Health Amendment, this Court leaves women workers to fend for themselves, to seek contraceptive coverage from sources other than their employer’s insurer, and, absent another available source of funding, to pay for contraceptive services out of their own pockets,” she wrote. “I therefore dissent from the Court’s judgment, under which, as the Government estimates, between 70,500 and 126,400 women would immediately lose access to no-cost contraceptive services.”

The eldest justice on the high court also argued that the Trump administration’s expanded exception rule violates the Establishment Clause, saying that the Government’s religious accommodations “may not benefit religious adherents at the expense of the rights of third parties.”

“Holding otherwise would endorse ‘the regulatory equivalent of taxing non-adherents to support the faithful,’” she wrote, quoting from an amicus brief submitted by attorney Joshua Matz.

In a concurring opinion, Justice Elena Kagan, joined by Justice Stephen Breyer, agreed that the administration ultimately had the authority to expand the exemption, but suggested that the rule may still be overturned on remand to the lower court if they violated the Administrative Procedure Act (APA).

“But that does not mean the Departments should prevail when these cases return to the lower courts,” Kagan wrote. “The States challenged the exemptions not only as outside HRSA’s statutory authority, but also as ‘arbitrary [and] capricious.’ Because the courts below found for the States on the first question, they declined to reach the second. That issue is now ready for resolution, unaffected by today’s decision.”