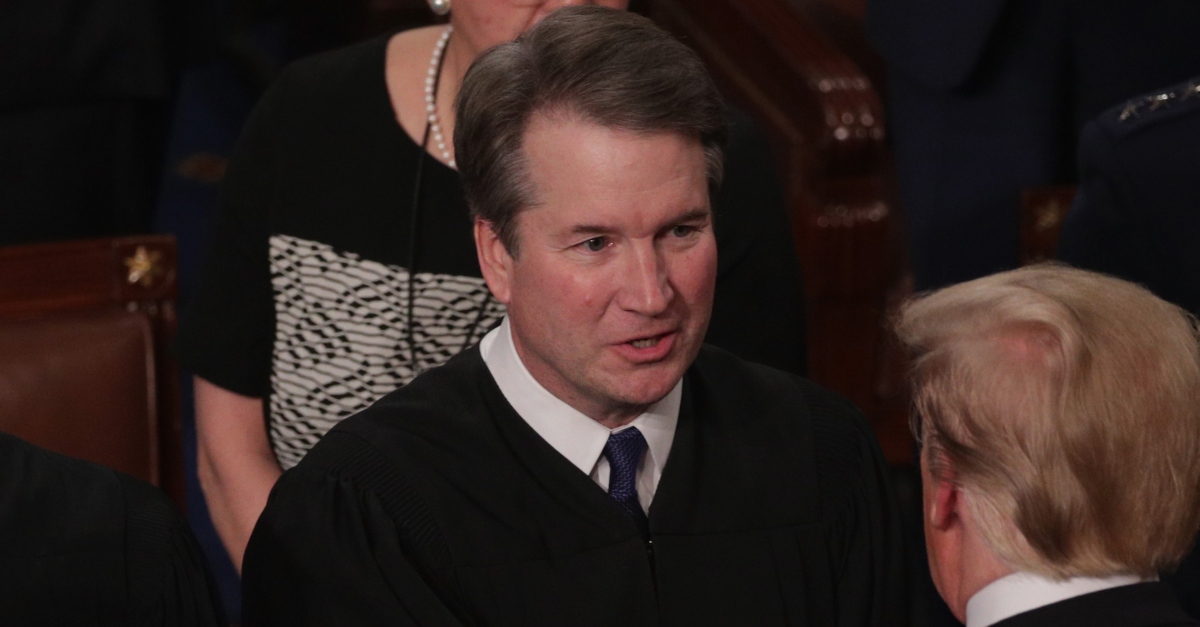 A series of businesses, trade groups, conservative groups, and religious organizations on Monday asked the Supreme Court of the United States to step in and block the Biden administration from enforcing its vaccine mandate for large companies requiring that employees be vaccinated against coronavirus or submit to weekly testing. The rule, issued by the Department of Labor’s Occupational Safety and Health Administration (OSHA), applies to employers with 100 or more workers and was reinstated by a federal appellate court on Friday after a different appellate court prevented it from taking effect earlier this month.

The applications for an emergency injunction were directed to Justice Brett Kavanaugh, the justice assigned the Sixth Circuit, and will likely refer the matter to the full court. They mainly contend that the Biden administration overstepped its constitutional authority by issuing the emergency temporary standard (EST) in response to the virus that has already claimed the lives of more than 800,000 Americans.

“The arguments advanced by the Executive Branch admit to no cognizable limits on federal executive power. Frustrated with a minority of Americans’ medical choices, the Executive Branch has attempted to control and surveil the vaccination schedules of enormous swaths of the country’s population,” attorneys representing the Phillips Manufacturing & Tower Company and a coalition of other businesses wrote.

“As a majority of lower court judges have recognized, such a broad and unprecedented exercise of power at least requires a clear statement of authority from Congress. But OSHA instead has promulgated the Vaccine Mandate pursuant to a rarely used and narrowly limited emergency authorization that covers only workplace-specific hazards, permits only workplace-specific safety measures, and applies to only ‘necessary’ and ‘temporary’ provisions that address ‘grave’ and ‘emergency’ situations.”

Others challenging the rule include the Job Creators Network, the Buckeye Institute, the Liberty Justice Center, the Heritage Foundation, and 27 Republican-controlled states.

The rule was unveiled by OSHA on Nov. 4 under the agency’s authority to issue an emergency temporary standard (ETS) to protect employees against “grave danger” in the workplace. It requires most employers with 100 or more workers to have employees fully vaccinated by Jan. 4, 2022 or otherwise wear a facemask and be regularly tested. Those found to have violated the rule will face steep fines.

The rule was then halted by a three-judge panel on the conservative U.S. Court of Appeals for the Fifth Circuit on Nov. 6.

“The record establishes that COVID-19 has continued to spread, mutate, kill, and block the safe return of American workers to their jobs. To protect workers, OSHA can and must be able to respond to dangers as they evolve,” Circuit Judge Jane Branstetter Stranch, an appointee of Barack Obama, wrote in the opinion. “OSHA addressed COVID-19 in progressive steps tailored to the stage of the pandemic, including consideration of the growing and changing virus, the nature of the industries and workplaces involved, and the availability of effective tools to address the virus. This reasoned policy determination does not undermine the state of emergency that this unprecedented pandemic currently presents.”

Stranch was joined in the decision — which was not based on the merits — by Circuit Judge Julia Smith Gibbons, a George W. Bush appointee. Circuit Judge Joan Larsen, an appointee of Donald Trump, dissented.

“The majority’s theme is that questions of health science and policy lie beyond the judicial ken. I agree. But this case asks a legal question: whether Congress authorized the action the agency took. That question is the bread and butter of federal courts,” Larsen wrote. “And this case can be resolved using ordinary tools of statutory interpretation and bedrock principles of administrative law. These tell us that petitioners are likely to succeed on the merits, so I would stay OSHA’s emergency rule pending final review.”