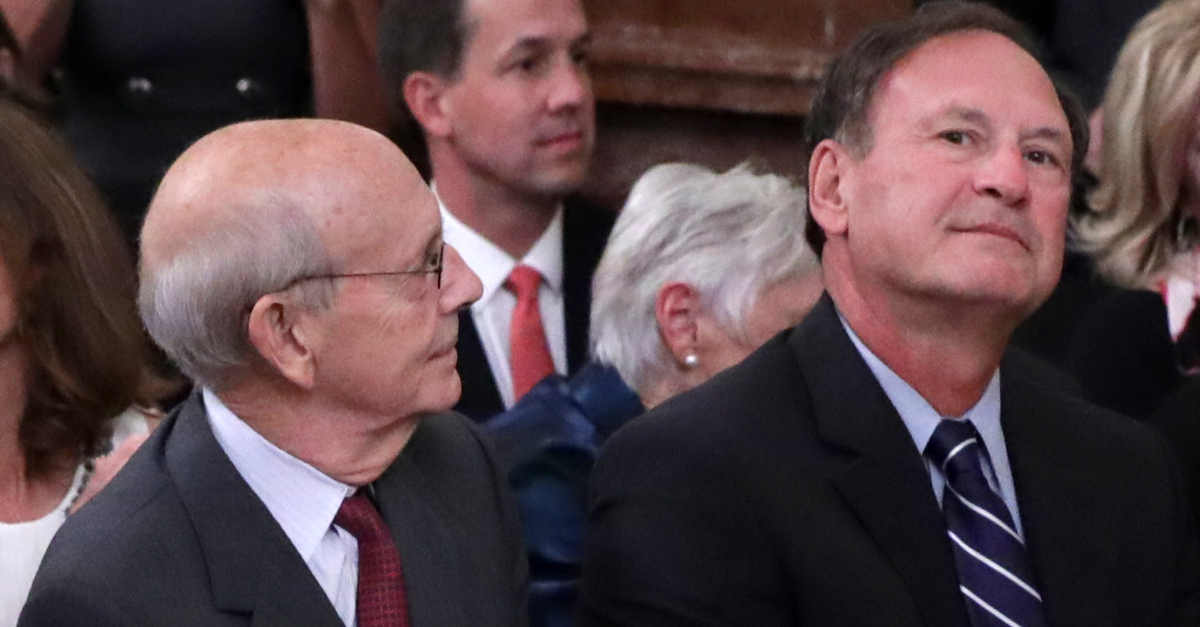 The Supreme Court of the United States will hear oral arguments Tuesday in two cases involving illegal possession of firearms. In each case, the defendant’s argument rests on a 2019 SCOTUS precedent. A ruling in either defendant’s favor would be exactly what two conservative justices warned about in their dissents.

Gregory Greer, a five-time felon, was convicted in 2018 for federal felony possession of a firearm under 18 U. S. C. §922(g). He was sentenced to 120 months in prison. Greer appealed to the U.S. Court of Appeals for the Eleventh Circuit, raising arguments against the statute’s constitutionality. The Eleventh Circuit reviewed the case, and ruled against Greer.

In 2019 however, SCOTUS ruled in a different case involving gun possession.

In Hamid Rehaif v. United States, a 7-2 Court ruled in favor of an immigrant from the United Arab Emirates. Hamid Rehaif had overstayed a student visa and was caught illegally possessing a handgun.

The statute at work in the Rehaif case (the same one used in Greer’s case) requires that the defendant “knowingly violates” firearm laws, and SCOTUS dealt with the question of exactly what kind of “knowledge” was required. Rehaif had entered the United States legally on a student visa, but eventually dropped out of college. He was arrested for using a gun at a firing range for target practice. The case turned on questions of statutory interpretation, and whether the law in question required Rehaif only to know he had a gun, or also to be aware that his gun possession was illegal.

Ultimately, Justice Stephen Breyer delivered the opinion of the Court, in which he remarked that, “Assuming compliance with ordinary licensing requirements, the possession of a gun can be entirely innocent”; Congress hadn’t overtly criminalized a potentially innocent mistake, therefore, Rehaif’s conviction must be overturned. Justice Samuel Alito, joined by Justice Clarence Thomas, dissented.

The Supreme Court’s decision in Rehaif was potentially good news for Greer, who then appealed his conviction for a second time, arguing it entitled him to a reversal of his conviction or a new trial. The Eleventh Circuit reviewed Greer’s case, but decided against him once again.

The Circuit Court found that the Greer facts were distinct from those of Rehaif. While Hamid Rehaif had been openly (and potentially innocently) using a gun during target practice, Gregory Greer nervously touched his concealed gun while talking to officers outside a hotel room. When the officers tried to pat down Greer, Greer sprinted down the hallway, clutching the area where he kept the gun. As he sprinted away, the officers heard him toss a heavy object into a stairwell landing; they later found a Colt .45 caliber pistol where it had landed. When Greer was captured, he had an empty nylon holster in his waistband that fit the pistol recovered from the landing.

The Circuit Court, using a “plain error” test, determined that it was not clear that errors in Greer’s indictment or trial deprived him of any substantial rights.

If the Court rules in Greer’s favor based on its precedent in Rehaif, it could mean the start of just the kind of deluge against which Alito warned in his dissent. Alito cautioned:

Although the majority presents its decision as modest, its practical effects will be far reaching and cannot be ignored. Tens of thousands of prisoners are currently serving sentences for violating 18 U. S. C. §922(g).

It is true that many pleaded guilty, and for most direct review is over. Nevertheless, every one of those prisoners will be able to seek relief by one route or another.

Furthermore, Greer is only one of two cases the Court will hear Tuesday dealing with the fallout from the Court’s decision in Rehaif.

Michael Andrew Gary pleaded guilty to and was convicted of burglary and assault. At his sentencing hearing in 2017, Gary admitted that he knew it was wrong for him to have a firearm. Despite that admission, however, Gary had not been informed at the time that the government needed to prove that he knew his possession had been wrongful. He argues now that his conviction should be overturned on that basis.

The Court of Appeals for the Fourth Circuit disagreed, ruling that “The Rehaif error could… not have affected his substantial rights because there is no possibility, not to mention a reasonable probability, that Gary would not have pled guilty had he been informed of that which the government could so easily have proven.” Writing for the three-judge panel and denying Gary’s request for an appeal to the en banc Circuit, Judge J. Harvie Wilkinson III (a Ronald Reagan appointee) was blunt: “nothing about Gary’s Rehaif claim has so much as a grain of merit.”

Judge Wilkinson went on to deliver some harsh words for the Breyer-led majority in Rehaif:

This court’s decision is far-reaching in its implications. It not only creates a circuit split of yawning proportions, but also an equally profound schism with the Supreme Court’s whole approach to error review and remediation. Is it eight—or nine—circuits that disagree with us? I have lost count, but the ranks are growing.

In both Greer and Gary, the justices have a chance to limit any havoc caused by the Rehaif precedent. However, the cases will likely provide Justice Alito an irresistible chance to shout “I told you so!” from the telephonic bench. We shall see if he jumps at that chance.