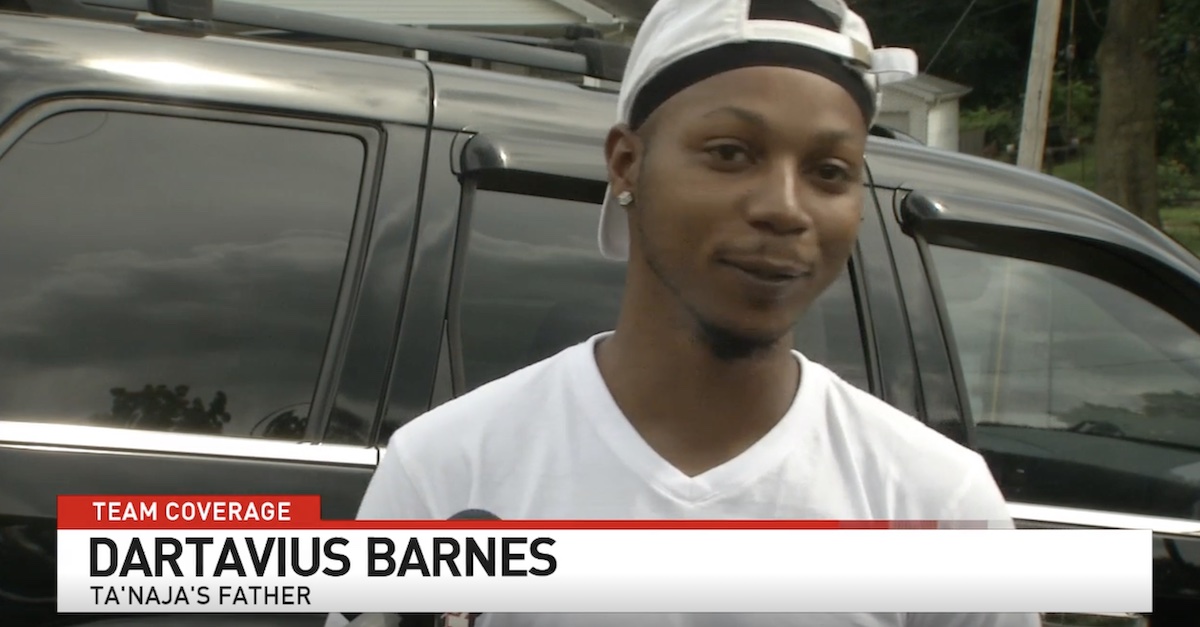 When authorities discovered the body of Ta’Naja Barnes in 2019, the 2-year-old was unresponsive, wrapped in a urine-soaked blanket, and her body temperature was too low to even register a measurement on emergency responders’ instruments due to neglect at the hands of her mother and her mother’s live-in boyfriend. Months after her tragic death, a group of police officers “desecrated” her remains when they took an urn containing her ashes and spilled them on the ground during an “unlawful” traffic stop, according to a federal lawsuit filed by the deceased toddler’s biological father.

According to the 10-page complaint, filed on behalf of Dartavius Barnes, 25, in the U.S. District Court for the Central District of Illinois, officers pulled him over “without a lawful basis” in April 2020 and began searching his vehicle “without consent, a valid warrant, or probable cause.” During that “unlawful search” the officers allegedly “took possession of a sealed urn containing the ashes of Plaintiff’s deceased 2-year-old daughter inside Plaintiff’s vehicle” then “desecrated and spilled out the ashes” of Ta’Naja Barnes. The court docket shows that the lawsuit was initially filed in Oct. 2020, but the suit is just now getting attention locally and online.

The lawsuit asserts that the detainment of Barnes, the search of his vehicle, and the dumping of his daughter’s ashes violated his Fourth Amendment right to be free from unlawful and unreasonable search and seizure. Barnes additionally alleged that the stop caused severe emotional distress and is seeking compensatory damages and attorney’s fees.

Attorneys representing the city and the officers responded to the allegations in Dec. 2020 by contending that the stop was justified and the officers are entitled to qualified immunity. They have denied that Ta’Naja’s urn was unsealed and spilled. 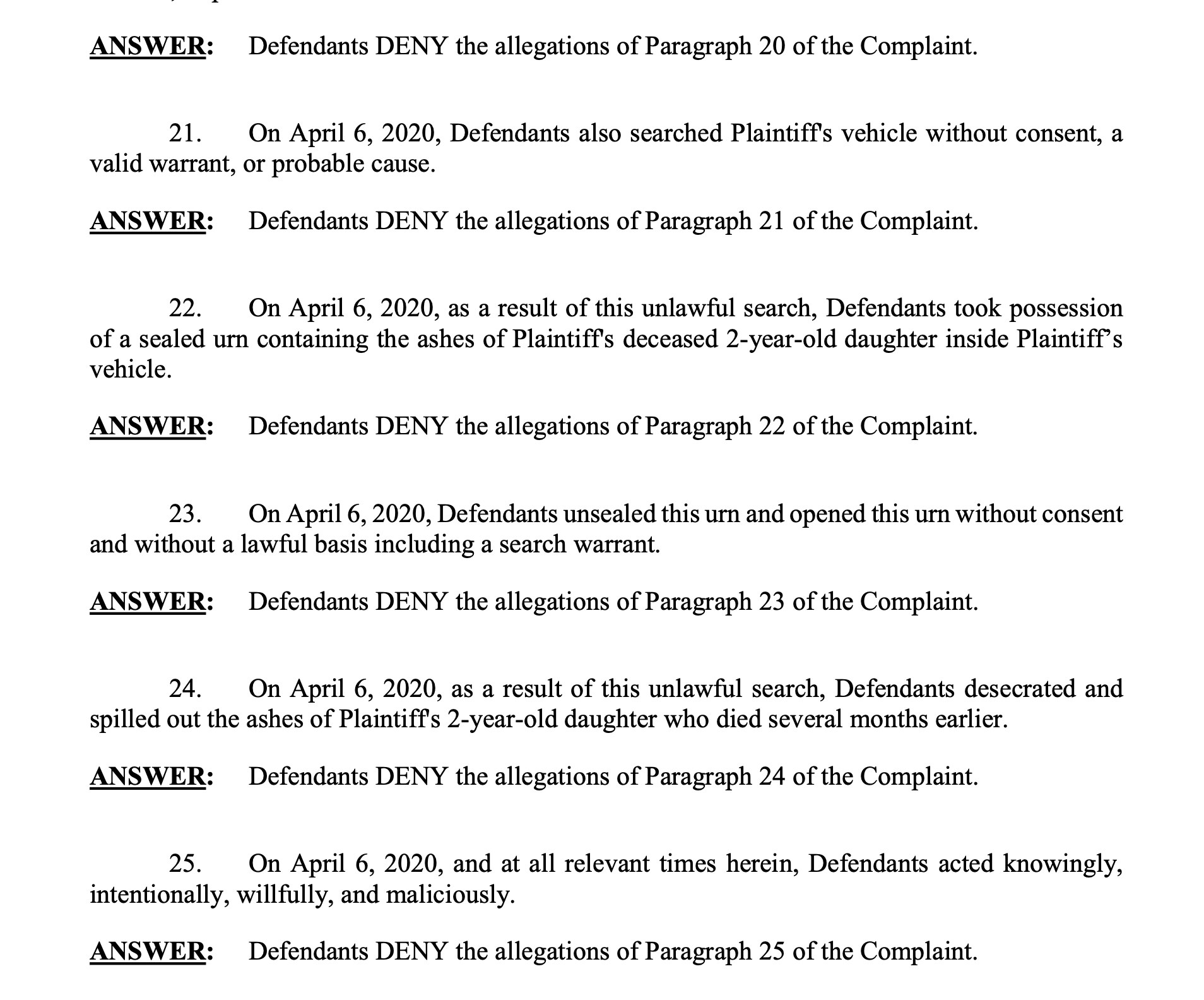 Barnes has requested a jury trial. The most recent activity on the court docket was on Jan. 26. U.S. Magistrate Judge Tom Schanzle-Haskins set a bunch of deadlines, including an Aug. 2022 trial date:

Ta’Naja’s mother, Twanka L. Davis, pleaded guilty to first-degree murder in the death of her daughter and was sentenced to 20 years in prison and three additional years of supervised release. She is required to finish the sentence in its entirety.

This is the fourth balloon release for Ta’Naja Barnes. The two year old that died in February 2019. A year and a half later finally justice for Ta’Naja. pic.twitter.com/2u2KGuKGOZ

Davis’s live-in boyfriend, Anthony Myers, last year was found guilty of first-degree murder in Ta’Naja’s death. A coroner concluded that the official cause of death was hypothermia. The night before the baby’s body was discovered, Myers and Davis had removed a space heater from the infant’s room—which had a broken window—so they could use it to heat their room. The heat in the home had been turned off.