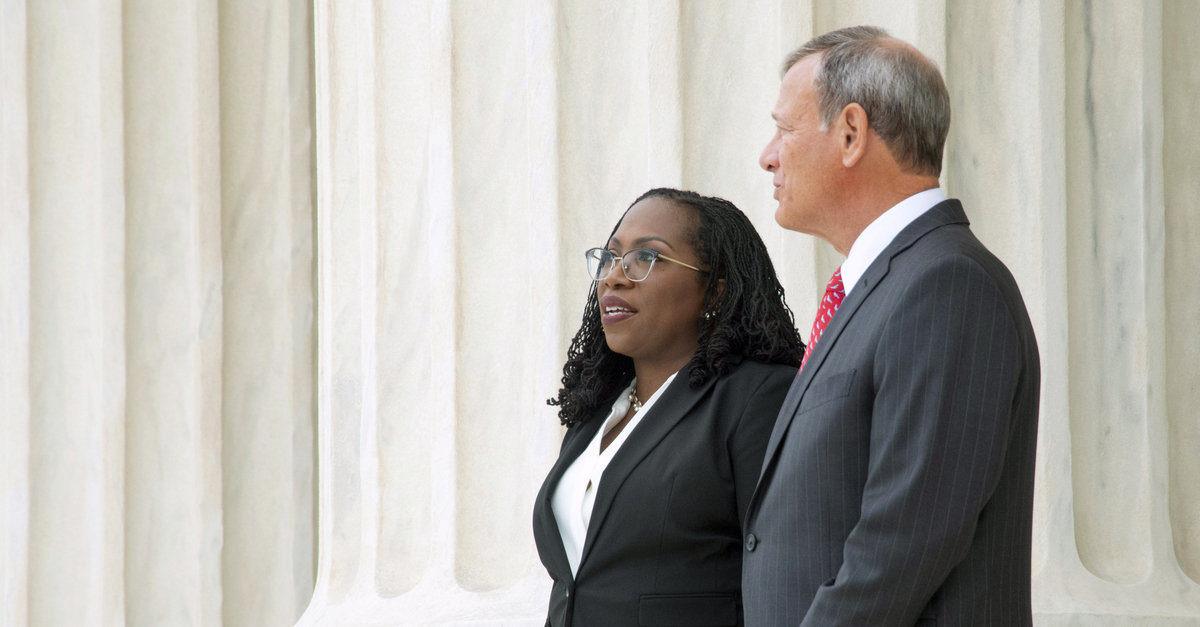 The U.S. Supreme Court on Monday heard the first case of its October term in a long-running dispute between property owners and the Environmental Protection Agency over whether the Clean Water Act regulates wetlands and what, exactly, a wetland is under federal law.

Stylized as Sackett v. Environmental Protection Agency, the facts of the case concern wetlands property in Idaho owned by Michael Sackett and Chantell Sackett, who want to build a house there.

The small lot in question is 300 feet from Priest Lake, one of the largest lakes in the state, and was, prior to their purchase, determined to be a wetland. In 2007, they started construction by depositing large amounts of sand and gravel. Shortly thereafter, the EPA ordered them to stop construction and restore the land to its original state within five months or face steep fines and fees that could amount to $40,000 per-day if they failed to comply. Instead, in 2008, the Sacketts sued the EPA, which extended the time for compliance but reiterated the property contained wetlands and must be restored.

After years of legal wrangling and victories for both sides at various levels – though mostly for the agency – the case returned to the Supreme Court after the U.S. Court of Appeals for the Ninth Circuit ruled for the EPA, saying the Sacketts’ property “contains wetlands that share a significant nexus with Priest Lake, such that the lot was regulable under the CWA and the relevant regulations.”

The Ninth Circuit’s formulation of the agency’s victory more or less encapsulates the precise questions the nine justices were asked to consider during recently-minted Justice Ketanji Brown Jackson‘s first-ever oral arguments as a lifetime appointee on the nation’s high court.

Appearing for the homeowners, conservative public interest law firm attorney Damien Schiff argued the CWA only regulates a wetland to the extent “it blends into and thus becomes indistinguishable from an abutting water.” In this case, he said, the geography is much different.

The appeals court describes the topography in detail:

The property is bounded by roads to the north and south. To the north, across Kalispell Bay Road, lies the Kalispell Bay Fen, a large wetlands complex that drains into an unnamed tributary. That tributary feeds Kalispell Creek, which, in turn, flows southwest of the Sacketts’ property and then empties into Priest Lake. To the south, across another road, is a row of homes fronting Priest Lake.

In ruling for the EPA, the Ninth Circuit confirmed that it has adopted former justice Anthony Kennedy‘s “significant nexus” test from Rapanos v. United States to determine whether the relevant section of the CWA provides federal authority over wetlands. That test comes from a concurrence in a plurality opinion which considered but, due to how fractured the end result was on questions of law, failed to produce an actual, controlling test for federal wetlands jurisdiction.

Kennedy’s test mandates a significant nexus between “navigable waters,” the language which is contained in the statute, and wetlands for federal jurisdiction. But the phrase “significant nexus” is open to some debate, and has been heavily litigated. Meanwhile, the EPA, across administrations, has issued largely consistent understandings of what types of wetlands they and other agencies can regulate.

Schiff and his clients want a different test entirely. They think the CWA only applies to “navigable waters” such as a “stream, creek, river, lake, or the like,” and should be “easy to administer [because] ordinary citizens can use their own eyes,” to determine whether the federal government might get involved in permitting construction.

Appearing for the government, U.S. Department of Justice attorney Brian Fletcher posed the issue before the court as a “narrow question” over whether the presence of a barrier strips the EPA of their statutory ability to regulate wetlands under the CWA.

Fletcher offered three reasons for why the EPA should win:

(1) The argument advanced by the Sacketts was explicitly rejected by Congress when it expressly adopted language affording wetlands protections; (2) the Supreme Court unanimously approved the EPA’s ability to regulate such waters in Riverside Bayview due to the “ecological judgment” that wetlands significantly affect neighboring waters; (3) the relevant agencies are currently in the process of promulgating regulations that incorporate the significant nexus test.

Jackson was largely sympathetic to the government, initially tussling with the conservative attorney by saying that his clients’ arguments did not comport with Congress’s “primary objective” to maintain the “chemical, physical, and biological integrity” of the nation’s waters.

“Justice Jackson, we don’t dispute that,” Schiff quickly conceded. “However, no statute pursues its purpose or its objective at all costs.”

The homeowners’ attorney then argued that “limitations” in the statute are just as important as the reason the CWA was passed.

“So, why didn’t Congress say ‘immediately adjacent?'” Jackson asked, “If they were trying to achieve something different than what the regulations had said about adjacency – if they were balancing their concerns about protecting the integrity of the navigable waters with the property interests and the states’ rights to control it, why didn’t they say ‘immediately adjacent’ in terms of the wetlands coverage?”

At this point, Justice Sonia Sotomayor interjected to offer a “footnote” and asked Schiff to why Congress “didn’t use the word they used elsewhere: ‘abutting?”” Brown endorsed that clarification.

The homeowners’ attorney replied and said he didn’t think “the term ‘abutting’ appears in the statute.” That drew a quick rebuke.

“Oh, it actually does,” Sotomayor said, cutting him off. “Assume it does. There are other sections that use the word ‘abutting.'”

The Sacketts’ attorney ultimately argued for a definition of “adjacency” in context that “clearly means physically touching.”

This argument elicited tough questions from Justice Elena Kagan regarding the issue of what constitutes legal adjacency.

“Well, you say that’s clearly true,” Kagan said, “but, in fact when you look to our normal indicators of statutory meaning – at first we look to dictionaries – and if you look to dictionaries both legal and non-legal, what they show is adjacency is actually not the same as touching or contiguity; that adjacency has something to do with proximity, of course, but the definitions are actually remarkably explicit about the fact that two things can be adjacent to each other without touching each other.”

Schiff disagreed, saying, in the “context of comparing relationships between topographic features,” the “only plausible understanding” of adjacency is that such features are “physically touching.”

Chief Justice John Roberts cautiously disagreed with Schiff, offering the example of a train station which “is adjacent to the tracks, even though it’s not touching the tracks.”

Kagan then offered an example of New York City apartments – saying the buildings may not touch but they are obviously adjacent.

Sympathetic questioning for the Sacketts came from Justice Samuel Alito, who noted the property is separated from the lake by “a road.”

“How does the water from the Sacketts’ property get to the ditch?” the conservative jurist asked.

To which Schiff replied: “The short answer is it doesn’t.”

Justice Neil Gorsuch, whose mother ran the EPA as a light-touch agency during the Reagan administration, chided the government’s theory of adjacency as a “daisy wheel spun out from the lake” requiring a “convoluted path around” and “circuitous route.”

“Why not look between at the geographic proximity between the lake and the property?” he asked Schiff. “You’re a block from the lake.”

While the Sacketts’ attorney was subject to intense questioning, the government attorney didn’t get a particularly easy ride.

“I want to understand how much adjacency is adjacent,” Gorsuch asked Fletcher, before embarking on a perhaps telling series of questions and a sharp back-and-forth about how far, in terms of mileage, might be considered legally “adjacent.”

In the end, the government attorney declined to give an exact answer, saying the agency “doesn’t draw bright line rules.”

“Does a reasonable landowner have any idea?” Gorsuch asked before later saying: “So, if the federal government doesn’t know, how is a person subject to criminal time in federal prison supposed to know?”

Jackson eventually interceded to offer the EPA attorney something akin to a lifeline.

“Is there a process by which a homeowner can ask?” she inquired.

“Yes,” Fletcher said, “Any homeowner can ask the [U.S. Army] Corps [of Engineers] for a jurisdictional determination. The Corps makes those available free of charge.”

“So, you’re not really facing criminal liability without the opportunity to get an assessment from the government regarding your particular circumstances?” Jackson led the attorney again.

As Schiff attempted his rebuttal, Jackson took the opportunity to needle the conservative petitioners about their notice complaint.

“Counsel, can you just speak to the representation that was made about the Sacketts’ property in particular and the fact that prior to their purchasing it, there was some concern about their property being a wetland?” the newest justice asked.

“There was a jurisdictional determination done in 1996 by a prior owner,” he conceded. “The Sacketts were not aware of that.”

“Should they have been as part of the purchase agreement?” Jackson continued, laughing a little. “Shouldn’t they have gathered information about the property prior to purchasing it?”

The attorney said there was “no indication” from the county building department or the deed of title about the wetlands status. He added that jurisdictional determinations only last for five years.

“But you keep talking about notice and fair notice,” the justice explained, getting to her point. “There seems to have been a prior determination that the land was wetland before they bought it. And whether or not they knew – they could have known, I presume. So, why is this unfair?”