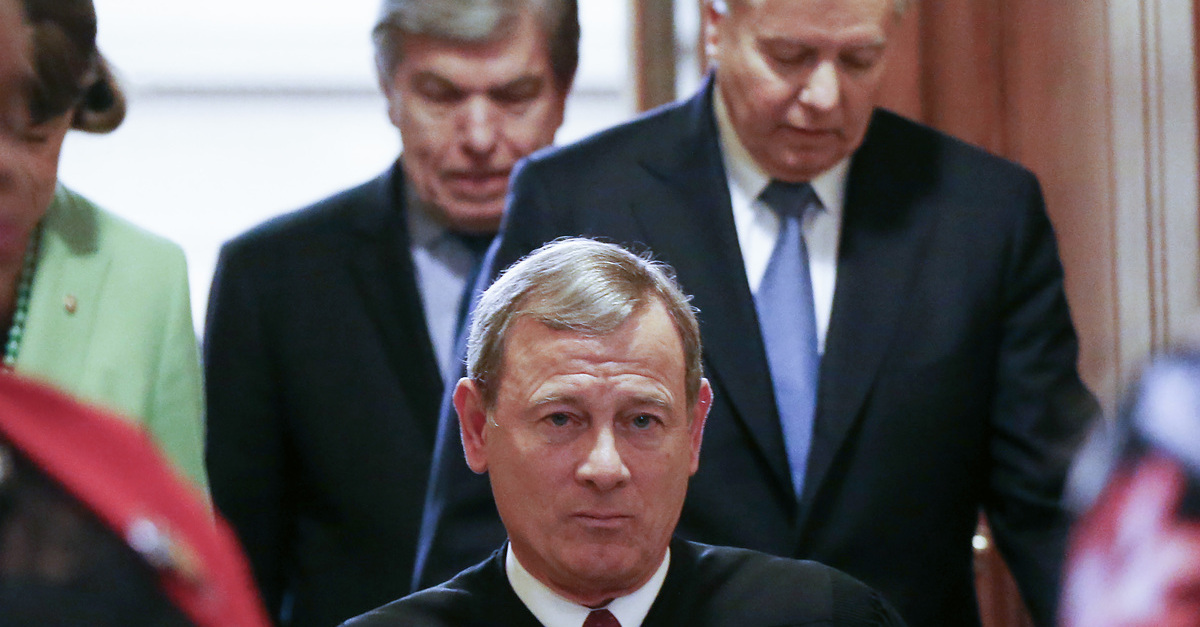 Chief Justice John Roberts joined the liberal wing of the Supreme Court in rejecting an application for a stay that was requested by Republican lawmakers in Pennsylvania. The GOP asked the Supreme Court to put a stop to a state Supreme Court ruling that extended the deadline—by three days—for receiving and counting mail-in ballots for November’s presidential election.

The Supreme Court’s rules say that five justices must vote in order to grant a stay. Here we had a 4-4 tie.

In response, the State Senate Republican Caucus filed a legal brief seeking an emergency stay from the U.S. Supreme Court pending the filing and outcome of a petition for a writ of certiorari. In other words, Republicans argued that the state court ruling “clearly violates federal law and the United States Constitution.” They wanted that ruling halted until they file a petition for SCOTUS to take up the case and until reaches a conclusion about said petition.

“By judicial fiat, that decision removed the principal method by which Pennsylvania structures its post-election process, permitting votes to be cast after Election Day and counted after Election Day,” the Republican lawmakers wrote. “By doing so, the decision creates multiple election days after November 3, 2020, in violation of federal law since votes can be cast (i.e. voted) after November 3, 2020. The decision also usurped the Pennsylvania General Assembly’s constitutionally-delegated authority to set the times, places, and manner of federal elections in Pennsylvania. This was done without any delegation of power to the state’s Supreme Court or legislative consideration whatsoever.”

Legal observers immediately noted that this order very well may have gone the other way with Amy Coney Barrett on the court.

That four of the conservative justices were trying to put the brakes on a state supreme court ruling interpreting a question of state law allowing voting on Election Day … tells you all you need to know about how these justices won’t stop at nothing to disenfranchise voters. https://t.co/II5tbWl83G

But others believe that it’s still possible this victory for Democrats could be short-lived, depending on when Barrett is confirmed to the Supreme Court.

BREAKING: #SCOTUS deadlocks 4-4 on Pennsylvania ballot-receipt extension, w/Chief Justice John Roberts joining the court's liberals. Ruling is a win for Dems, but could be short-lived if Trump's nominee makes it to the court before or around Election Day https://t.co/IboraF9N4t