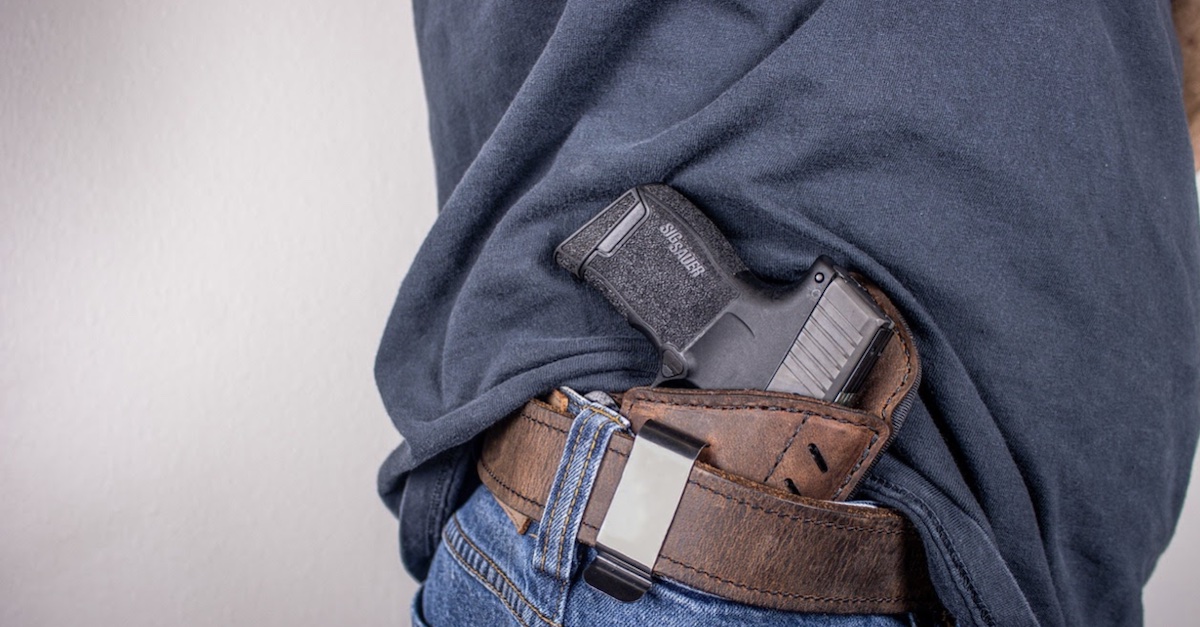 South Carolina has issued more than 582,000 concealed weapons permits. New legislation could make it legal to open carry those firearms.

H. 3094 is a bill sponsored by state Rep. Bobby Cox, a Republican Representative for Greenville County. He has stated that he wants to strip the permit requirement altogether, but the bill in its current form still requires a gun permit for legal possession of a firearm.

The bill currently sits on Governor Henry McMaster’s desk and is likely to be signed, but there are many cheers and boos from the general public. To get a better idea of why, let’s look at what this law could mean for South Carolina.

This bill would allow South Carolinians with concealed carry permits to open carry when in public spaces, also known as “open carry with training.” With H. 3094, South Carolina would join 45 other states in legalizing open carrying to some extent. To help with the transition, legislators included a 90-day preparation period to the bill.

“Allowing a growing period for any serious piece of legislation is important,” says Scott Bischoff of Adams & Bischoff, LLC. “It allows citizens, law enforcement, and the courts to adjust to the new legal landscape properly.”

The bill was initially created in the House, though the Senate tweaked the law to limit intervention by the federal government. They removed South Carolina’s $50 permit fee, which earns the government roughly $5.5 million annually. That money had previously been used to help pay for FBI searches and personnel in addition to other federal resources.

The Senate also added another interesting edit designed to tackle the Charleston Loophole that allowed a white supremacist to murder nine black Charleston churchgoers back in 2015.

In 2015, Dylann Roof attempted to buy a gun. The FBI was requested to run a background check, but because they did not get back to the state within the given period, the gun sale was approved without proper oversight. Roof had a felony drug charge that made it so he should not have been able to purchase a firearm legally, but he was able to commit a hate crime because of this flaw. This case created the term “Charleston Loophole,” where someone with a previous criminal history can still buy a gun because of lack of intervention.

To tackle this, the Senate added a requirement for court clerks to send any pertinent legal records to the State Law Enforcement Division within five days of request. This requirement changes the system so that South Carolina would manage the background check rather than the federal government.

There are several concerns raised by both Republicans and Democrats when it comes to H. 3094. Some believe only parts of the bill need to be changed, such as state Rep. Jonathon Hill, a Republican Representative for Anderson County. He believes that clerks should not have to report past criminal history because it would hinder gun ownership. However, fellow Anderson County Republican Brian White disagrees because removing the permit restriction would kill the bill’s chance for legalization.

However, others are concerned about the bill in its entirety. Several members of law enforcement are hesitant about the law, including the South Carolina Police Chiefs Association. Marlon Kimpson, a Democratic Senator for Charleston County, has stated concerns about what this legislation could mean for black South Carolinians. He specifically cited a case from 2014 where Trooper Sean Groubert pulled over Levar Jones for not wearing his seat belt. When asked for his license, Jones exited his car and turned to retrieve his paperwork from his vehicle. Groubert then shot Jones multiple times. Gladly, Jones survived the shooting, and Groubert was imprisoned for his crime, but the case shows how an open carry law could further oppress marginalized communities.

Gerald Malloy, a Democratic Senator for Darlington County, raises a different kind of concern centered around the business community in South Carolina. He is specifically interested in what this law could mean for the tourism industry. Nearly 7.3 million people visited South Carolina in 2019, bringing $8 billion into the state’s economy. An open carry law may lead to fewer tourists visiting because of the discomfort of seeing guns in public.

It is unclear what this new legislation could mean for the legal, medical, and economic communities of South Carolina. Still, one thing is for certain: Bill H. 3094 will significantly impact several aspects of state management, for better or worse.