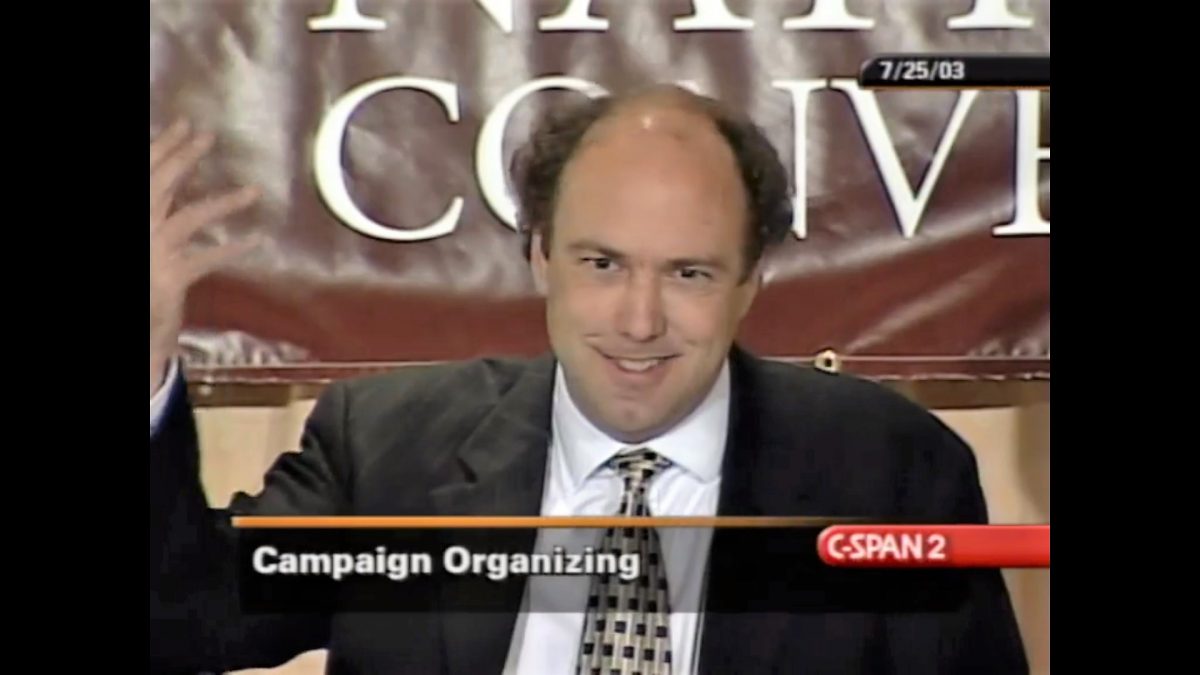 A 2003 C-SPAN video of Republican operative Paul Erickson speaking to a group of college Republicans sounds eerily like the sort of advice he might have possibly given to alleged Russian operative Maria Butina. Erickson has not been charged with anything or identified in court documents, but various publications have either reported Erickson’s connections to Butina or have suggested Erickson may be one of the several unnamed Americans mentioned in the Butina case documents.

A Law&Crime review of social media profiles which appear to those of Erickson and Butina indicate that the two are connected online. At least one photo which appears to show the two together has mysteriously disappeared from Facebook.

As to the 2003 speech, Erickson told a gathering of Republican college students:

Because you are young, elected officials — congressmen, presidents, governors, mayors — will allow you to come in to incredibly close proximity to their campaigns and their offices because you are fresh, you are unjaded — you will laugh at all their jokes because you have never heard them before — you will look at them with glowing eyes misted with the tears of admiration that can only come from 19- and 20-year-olds that have not yet been disappointed cruelly by fate and humanity.

Erickson also told the gathering about his time working on the presidential campaign of Pat Buchanan. Erickson said that when Buchanan announced his candidacy, the campaign staff was only a few people strong. He noted that a group of followers showed up randomly in New Hampshire with few possessions in tow to help Buchanan with the nation’s first primary election there. Erickson said those people later wound up with plum political jobs:  “several people . . . attained power and influence in America for no other reason than they simply appeared at a time when history called.” His advice, then, was that there was no substitute for just showing up.

Gaining access through youth? Just showing up can lead to heavy influence? That sounds a lot like what Butina is accused of doing. As former Michigan Republican Party Chairman Saul Anuzis told the Washington Post, “she was like a novelty” to American conservatives who saw her as a revolutionary thinker from an oppressive country. So, so they let her in.

Butina is accused of failing to register as a foreign agent while she was living in the United States and allegedly attempting to influence American policy. Butina pleaded not guilty to the charge. The criminal complaint accuses her of infiltrating a gun rights organization and using it to try to influence U.S. policy by interacting with politicians who maintained connections with the organization. Butina was officially in the United States on a tourist visa and later on a student visa, court documents indicate. If she was seeking to affect policy, she legally was supposed to register with the Attorney General.

[Image via screen capture from C-SPAN.]