Exclusive: Woman Says She Was Recruited as Teen to Be Powerful Church Leader’s ‘Sex Slave’

A California woman, Sochil Martin, has told the federal agents and California prosecutors that the men who ran her church recruited her as a high school teen in Los Angeles to become a “sex slave” for the leader of the Light of the World Church, which claims to have five million members in the United States, Mexico and 50 other countries around the world.

“Everything that I was taught to do for him, it wasn’t wrong, it was a blessing,” Martin said in an interview on the Law&Crime Network Program Brian Ross Investigates.

She says as she grew older she helped to recruit other underage girls to participate in group sex scenes that the church leader, known as the “Apostle” by his followers, would record on his phones and electronic tablets.

“It was an everyday thing,” she said in her interview.

She said she left the church after being beaten by Garcia who was angry when she refused to perform a sex act in front of him with a 14-year-old boy.

Martin’s account comes as the church leader, Naason Joaquin Garcia, is already in custody, facing trial on sex trafficking charges brought by the California attorney general. He was arrested last June as he arrived on a private jet in Los Angeles and has pleaded not guilty to the charges. 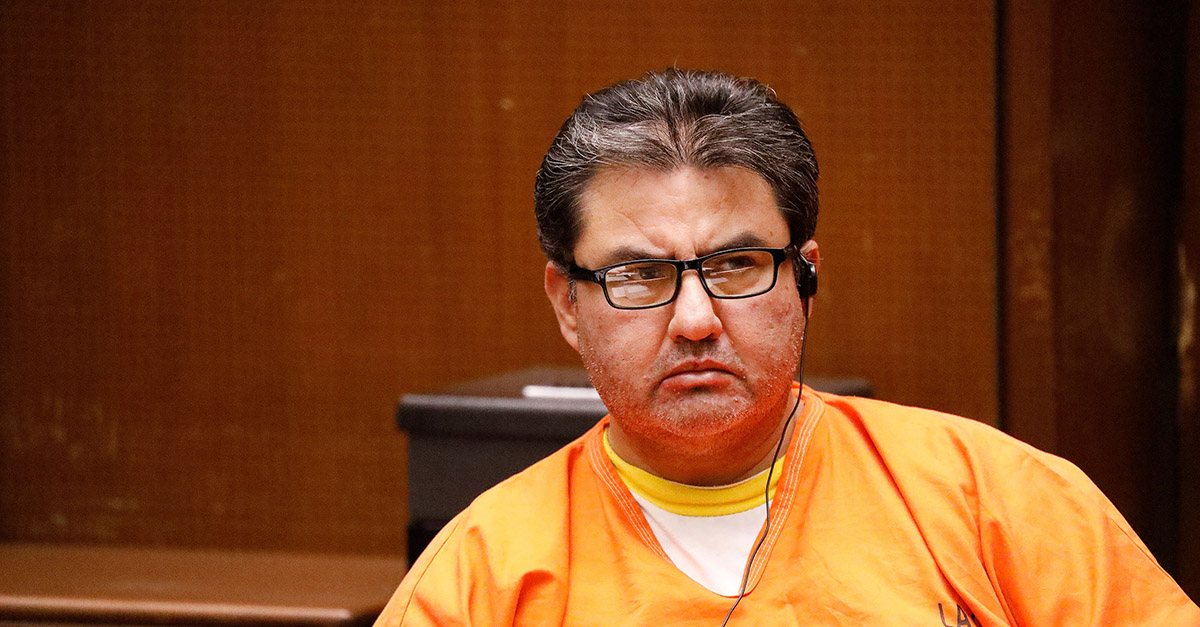 In court filings, state prosecutors say they have recovered thousands of pornographic images from Garcia’s electronic devices, as part of his “seemingly insatiable appetite for sex with young girls.”

Martin says her own mother encouraged her because she, too, had been involved with a previous church leader, thinking it would bring religious blessings on the entire family.

“She herself was young, she was with him. She was one of his concubines,” Martin said.

Lawyers for Garcia have already sought to attack Martin’s credibility in their court filings, saying they have evidence of her “own criminal conduct,” and alleging she “groomed girls in an attempt to extort Mr. Garcia.”

Martin and her lawyers say she has cooperated fully with for the California attorney general and has met several times with federal agents and federal prosecutors in Los Angeles and San Diego.

A spokesperson for the United State Attorney’s office in San Diego declined to comment.

Martin’s lawyers say they expect to file their own civil legal action against Garcia and the Light of the World Church in the coming weeks.

Calls requesting comment from Garcia’s lawyers and the church were not returned.