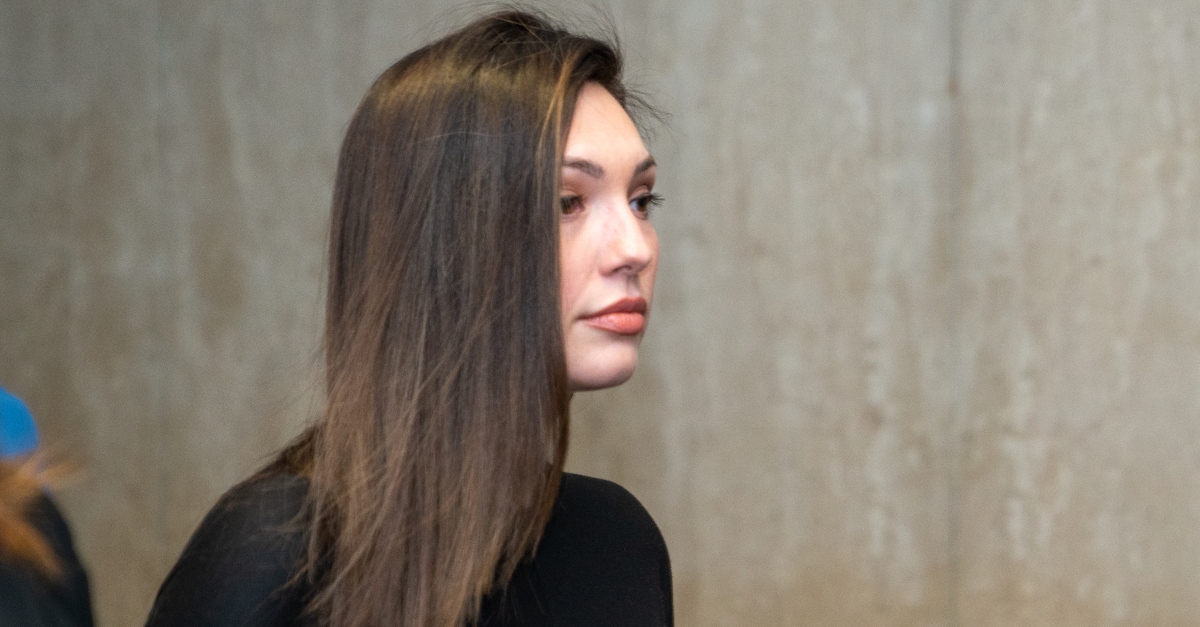 Former actress Jessica Mann testified Friday that Harvey Weinstein sexually abused her. As part of her story, she said the defendant does not have testicles, and that it looks like he has a vagina. His genitals appeared deformed, like a burn victim’s, she said in a Manhattan state court. The detail didn’t necessarily came out of nowhere. The prosecution asked her to describe the defendant’s body.

#HarveyWeinstein – GRAPHIC testimony. Jessica Mann is asked to describe HW anatomy. She said she thought he was deformed, said he doesn’t have testicles and looks like he has a vagina. She said he looked like a burn victim.

More than 80 women say Weinstein, a once-powerful Hollywood producer, committed sexual misconduct against them. He’s being tried in New York state court for allegedly raping Mann in 2013 at a hotel room, and sexually assaulting former production assistant Mimi Haleyi. Prosecutors have also brought up other alleged victims to establish a pattern.

The defense is trying to show that these were consensual interactions. Haleyi and Mann continued to have very friendly interactions with Weinstein after the alleged attacks.

On the stand Friday, Mann described an incident in which he forcibly performed oral sex on her, and she escaped by telling him it was the best she’d ever had. This was a separate incident from the alleged rape on March 18, 2013.

She said she continued to to have a relationship with Weinstein despite how he treated her. Mann said that there were a lot of layers to the question of why. The alleged victim testified that she saw him the way she saw her father, and that her dad had a similar anger to Weinstein. (The defense objected to this fatherhood line of questioning, but was overruled.)

Mann described Weinstein as being like Jekyll and Hyde: He could be charming, but behind closed doors, this would depend on whether one gave him what he wanted.