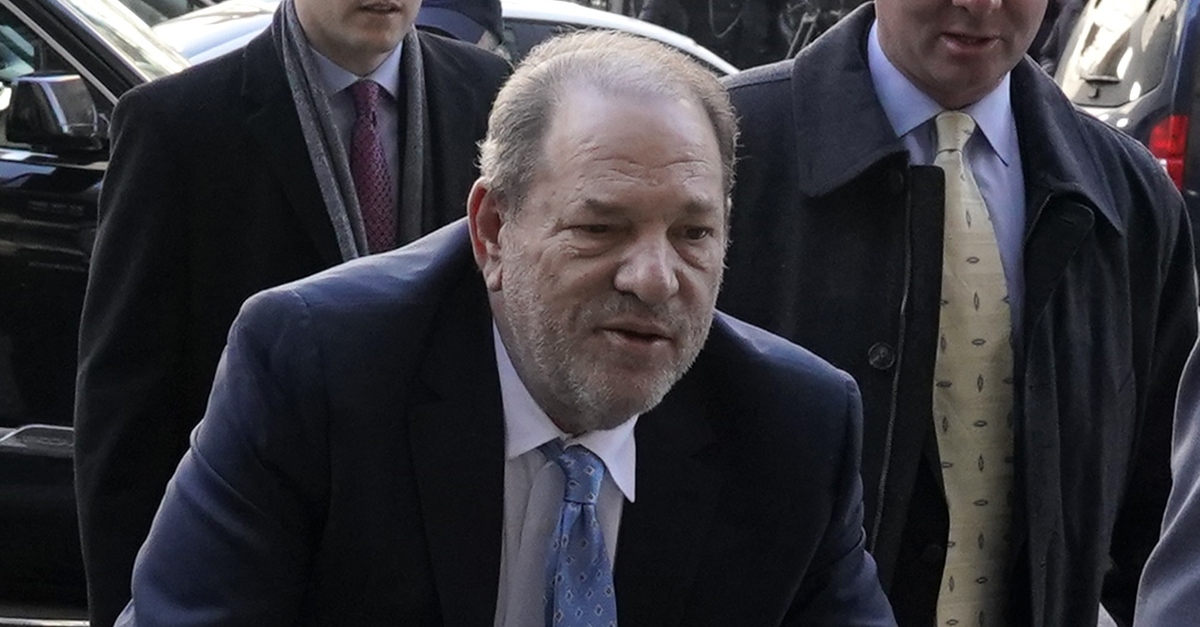 Convicted rapist Harvey Weinstein isn’t having a good time at Bellevue Hospital after his conviction for rape and sexual assault, according to a representative.

Weinstein was found guilty on Monday in the third-degree rape of former actress Jessica Mann, and criminal sexual act in the first-degree against former production assistant Mimi Haleyi. His team–who have repeatedly criticized the judge’s decisions–say he’s going to appeal. Through his attorneys and spokespeople, Weinstein has denied allegations of sexual assault and rape.

Weinstein still faces a criminal case out in Los Angeles, California. Sentencing in the New York conviction is set for March 11, with the maximum possible sentence being 29 years in prison.

Some think the judge will cut #HarveyWeinstein a break due to a lack of criminal history. It’s also possible he will, even subconsciously, view this lack of history as the defendant having gotten away with multiple crimes over the years without punishment. We shall see… https://t.co/4BPVboZ7BG

The defendant was remanded into custody, but he was sent to Bellevue instead of Rikers after reported heart palpitations and high blood pressure. Prosecutors and his many, many accusers say that Weinstein is a prolific sexual abuser, who leveraged his power in Hollywood to terrorize women. A number of them suggested he was faking his physical condition.

“This is a man who knows how to manipulate the press and clearly he’s done so with his iconic walker; let’s just say I know women who are literally dying who are also victims and I say let’s give them the help,” former actress and screenwriter Louisette Geiss told The Hollywood Reporter. “If he’s got to go to the hospital it should be in jail, that kind of hospital, not one where he has his own suite.”

Engelmayer told Reuters he spent an hour and a half with Weinstein at Bellevue on Friday.

This is an apparent turn from earlier in the week. Weinstein attorney Arthur Aidala had told The Associated Press that the defendant was “in pretty good spirits” and was “energized” after being taken to Bellevue.

One of the alleged victims, actress Rosanna Arquette, commented on Twitter after hearing news the defendant was having trouble at the hospital.

“Yes this is what rape survivors filled with horror and trauma have felt like for years. It’s not a good place to be,” wrote Arquette, who said her career suffered because she rejected a sexual advance from Weinstein. “Acknowledge it.”