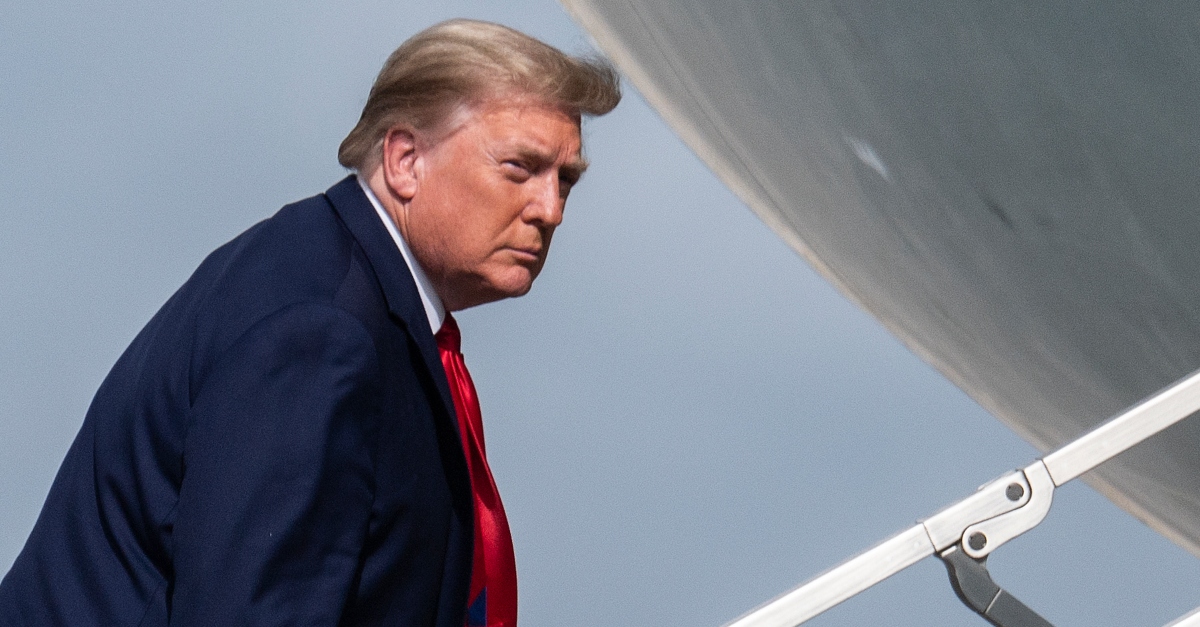 President Donald Trump on Sunday retweeted a post that picked up on White House trade adviser Peter Navarro‘s assertion that the inauguration day of President-elect Joe Biden can be postponed.

This is pretty much raw authoritarianism. No fig leaf here.

The United States Constitution lays out no such mechanism by which the beginning of a president’s term can be moved back. CNN legal analyst and Tulane Law School professor Ross Garber pointed this out when responding to Trump’s retweet.

Trump just retweeted this reference to Navarro’s crazy and wrong suggestion that the Jan 20 inauguration be postponed. It won’t be and it can’t. Date set by Constitution. pic.twitter.com/Hxsffq1JsM

Nonetheless, Trump, long fond of using the bully pulpit via Twitter, is highlighting this idea. Since he lost the 2020 presidential election, he has repeatedly made baseless claims of widespread voter fraud, and his team overwhelmingly lost court fights to turn over results in “battleground” states. The president spent much of Sunday morning retweeting supporters, and lashing out at Republicans who he claimed did not back him in his attempt to take a second term. Here’s him knocking Georgia Secretary of State Brad Raffensperger.

I spoke to Secretary of State Brad Raffensperger yesterday about Fulton County and voter fraud in Georgia. He was unwilling, or unable, to answer questions such as the “ballots under table” scam, ballot destruction, out of state “voters”, dead voters, and more. He has no clue!

“Respectfully, President Trump: What you’re saying is not true,” Raffensperger wrote in response. “The truth will come out.”