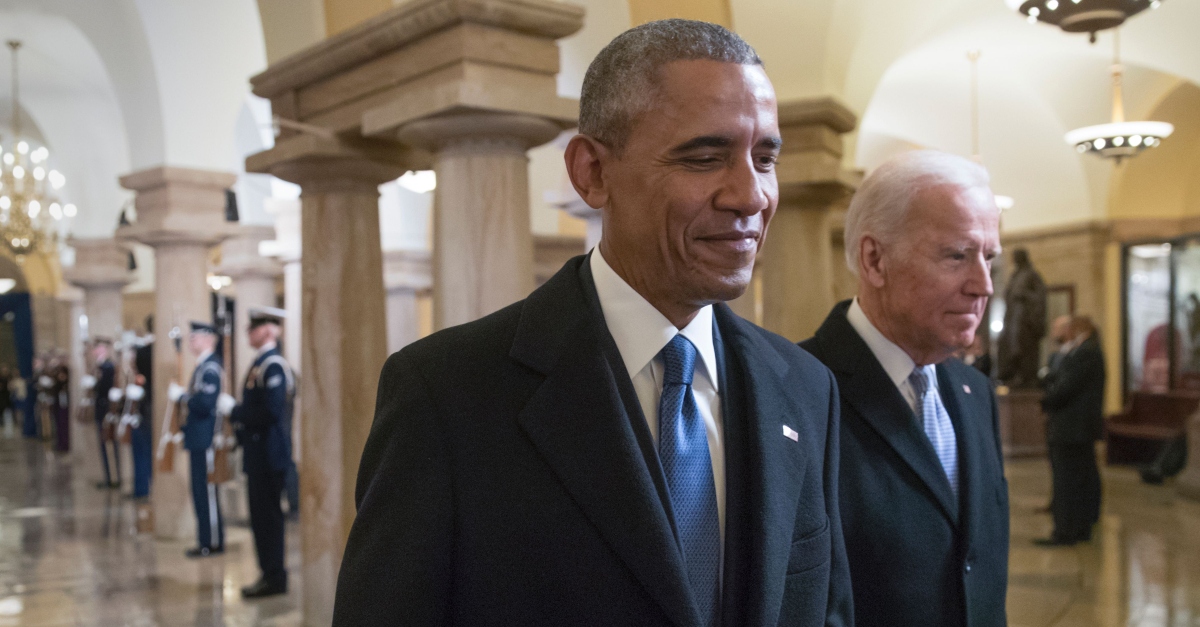 Democratic presidential candidate Joseph Biden, the former United States vice president, said over the weekend that he’s willing to nominate his former boss to the Supreme Court if he’s elected to the Oval Office — provided that Barack Obama would accept the nomination.

Biden, in Washington, Iowa, is asked if he would nominate Obama to the Supreme Court. “If he’d take it, yes,” Biden says.

The 2020 presidential election and the 2021 inauguration are a long ways away, and the modern dynamic of putting a former elected official in that spot will no doubt be super contentious. And of course, all of that assumes Obama would accept the position. Nonetheless, we guess you can put this detail in the pile of things to think about this upcoming year, if only to kill time.

It’s not unprecedented for a former POTUS to be nominated and confirmed to the U.S. Supreme Court. It happened to Republican William Howard Taft. In fact, he became the chief justice.

The big difference between Obama and Taft lies in the kinds of jobs they had before winning the presidency. Obama, a Harvard law grad who went on to teach law, spent the entirety of his career in government as an elected official. Part of Taft’s history was more typical of a Supreme Court nominee: President Benjamin Harrison chose him to become a solicitor general, then a judge for the U.S. Court of Appeals for the Sixth Circuit. He resigned eight years later to serve in the U.S. Philippine Commission under President William McKinley.

In fact, this is how a Department of Justice history said Taft got his job as solicitor general. He was actually shooting for a higher position:

In 1889, at age 32, Taft urged others to convince President Benjamin Harrison, a lawyer, to appoint him to the Supreme Court. Harrison declined, but Taft did win appointment to the position of Solicitor General.