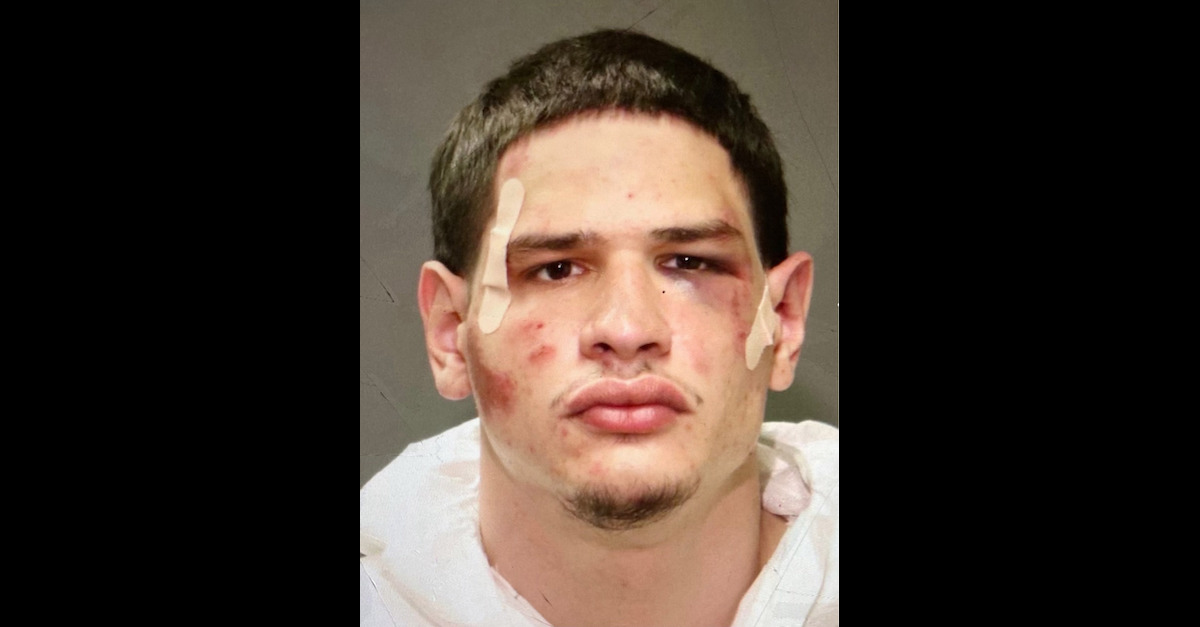 The New York Police Department on Saturday released video of the shooting of a lieutenant who was among at least four officers struggling to subdue a suspect.  The suspect was in turn reaching for a gun during an arrest. The lieutenant, a member of the NYPD’s 42nd Precinct, was shot in the ankle, the department said on Twitter.  The 42nd Precinct covers approximately one square mile of the Bronx.

The department was quick to note that none of the officers at the chaotic scene returned fire.

The suspect, Jerome Roman, 26, of the Bronx, is a gang member who was “well known to police,” WCBS-TV, WABC-TV, and the New York Post both reported. He also reportedly has “at least 25 prior arrests,” per the Post.

The Post said the lieutenant — who was assigned to combat gun violence and who had logged 23 years with the department — spotted Roman holding a weapon.  Roman is a “member of the Lyman Place Bosses gang, a subset of the Bloods,” the paper noted, and is also “on the NYPD’s criminal possession of a weapon recidivist list.” Roman’s gun is said to have jammed during the struggle — with twelve rounds remaining. 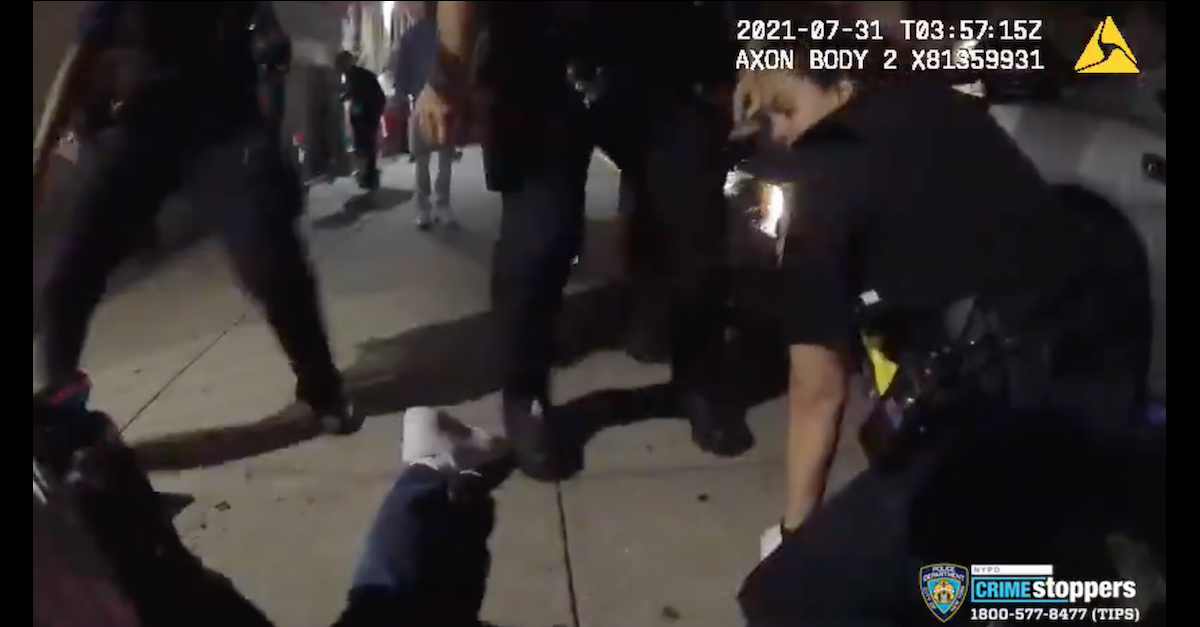 A freeze frame from an NYPD body camera video shows the chaos which ensued after Jerome Roman is accused of wrestling with the police and causing his gun to go off.

NYPD Commissioner Dermot Shea said the injured lieutenant and three officers were patrolling the area in an unmarked squad car when they saw Roman and suspected he had a weapon, WPIX-TV reported.  The report did not go into detail about exactly why officers suspected Roman of having a gun.

“Immediately upon exiting the car, the male takes off running,” Shea said.  “They apprehend the male and a violent struggle ensues.”

WPIX-TV noted that the shooting occurred on Lyman Place near East 169th Street.

The body camera video shows an officer walking toward a group of people whose faces are blurred out standing along the edge of a building.  According to the video, one of the individuals — Roman — started to run up the sidewalk which lined the buildings; the officer gave chase for a few brief seconds. 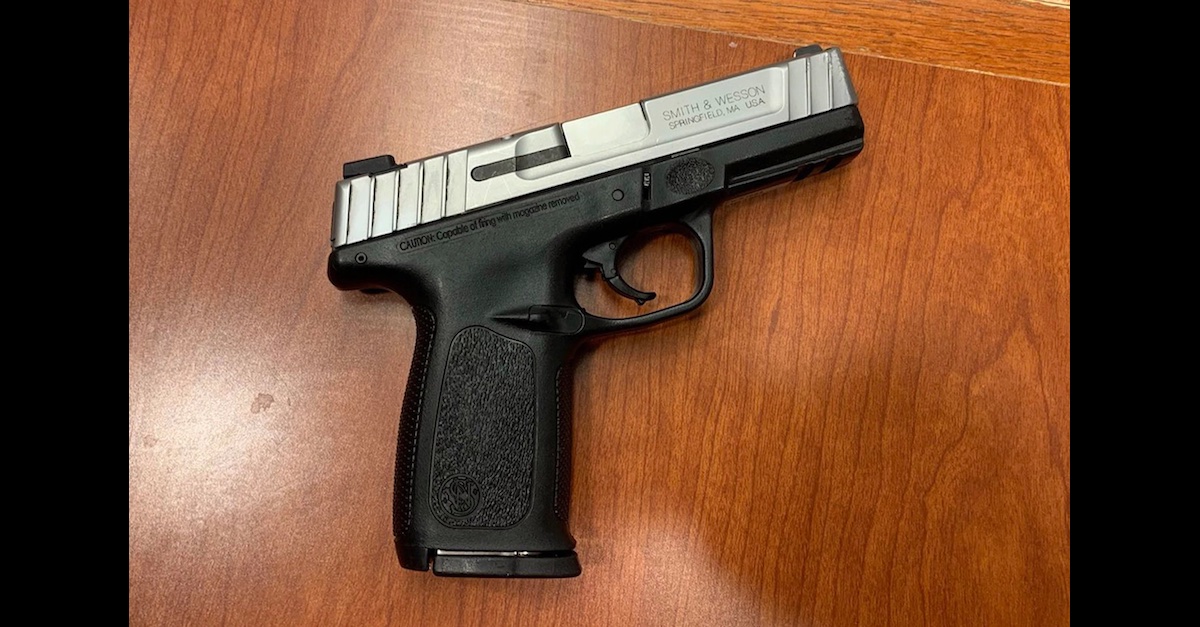 “Give me your fucking hands,” one of the officers said. Several similar commands and exclamations followed in quick succession. Another officer in a white shirt — generally indicating an upper rank of lieutenant or higher in the NYPD structure — approached and indicated yet again that the detained suspect was “reaching for it.”

“He’s got his hands?” one officer asked.

“You got his hands?” was the last question an officer uttered just seconds before a gunshot rang out. 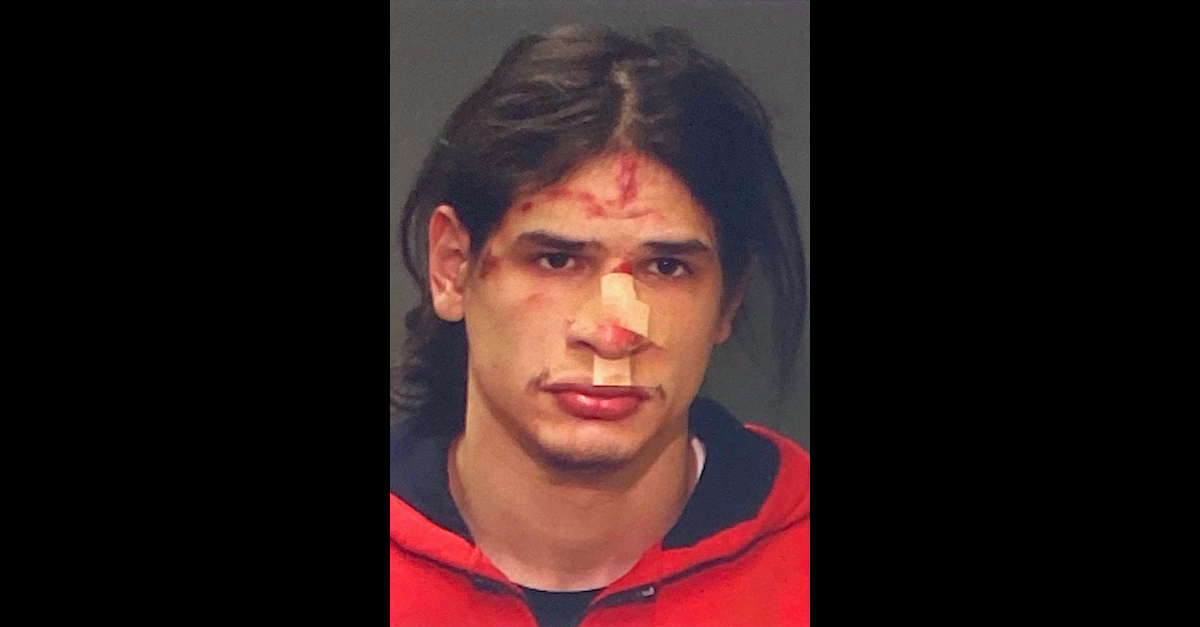 Jerome Roman appears in an earlier mugshot. (Image via the NYPD.)

“Dude, he’s reach— stop!” the officers yelled as they sought to contain the situation.

“You shot him?” yelled what sounded like a female voice in the distance.

“He’s still reaching for it!” an officer yet again yelled as bystanders started yelling for someone to get a camera.

Verbal chaos continued to ensue as the officers struggled to handcuff Roman.

“Let the gun go!” a female voice yelled just before the recording ended.

Last night, officers from the @NYPD42Pct were on patrol when they spotted an individual with a firearm. A fierce struggle for the gun ensued, leading to a lieutenant being shot in the ankle. The officers did not return fire as they made the arrest & recovered the loaded gun. pic.twitter.com/lkylEBieLn

Shea said he wanted the video released to show the “incredible restraint” his officers displayed.

The incident occurred around Midnight between Friday and Saturday.

The lieutenant was treated at the hospital and is expected to make a full recovery, the various reports indicate.