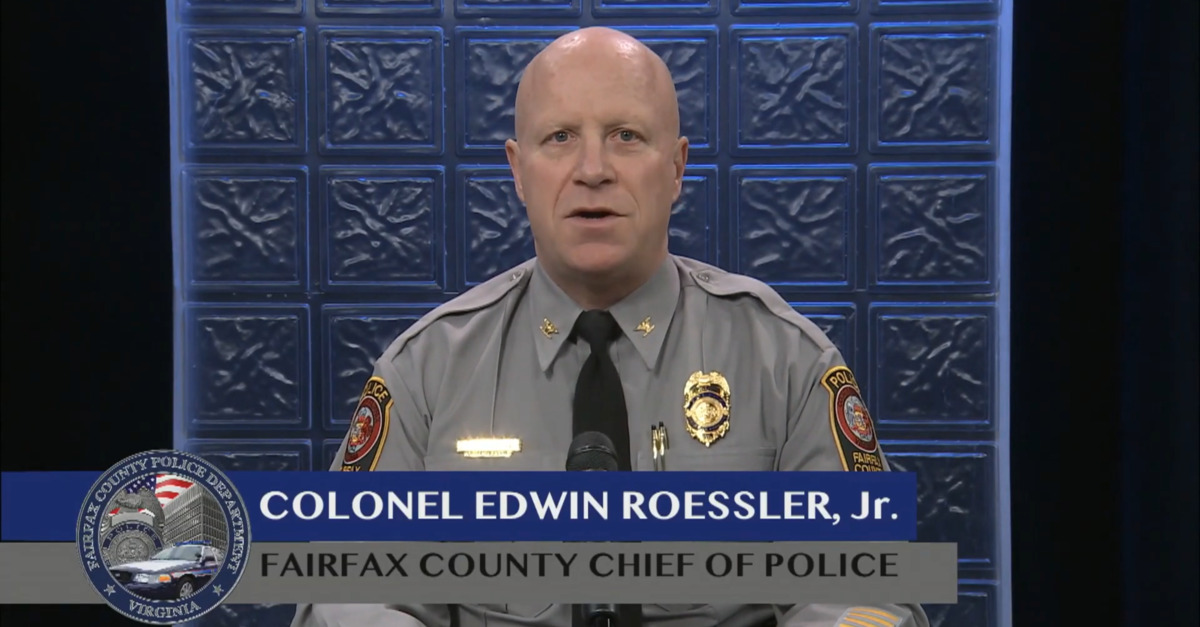 The police chief of Fairfax County, Virginia was injured while or after helping to subdue an alleged stabber during an incident in which several people were injured at the Grace Covenant Church on Saturday afternoon.

According to multiple reports, Edwin C. Roessler, Jr., attempted to disarm a man who allegedly walked into a bible study class and stabbed the pastor in charge as well as at least one other person, according to witness cited by D.C.-area NBC affiliate WRC-TV.

Local independent television station WDVM reported that Roessler and others were later taken to a nearby hospital. None of the victims are said to have suffered life-threatening injuries.

According to police, Roessler was attending the church in his personal capacity because he is a member of the non-denominational congregation.

The Fairfax County police chief was among those injured in this incident. He was hurt trying to take down the attacker. We’re told all of the victims are expected to be ok. We have an update from the scene coming up in minutes.

All of the victims are expected to recover.

This is a breaking news report.