‘I’ve Had Enough’: Portland’s First Black Female City Commissioner Tells the Mayor to Give Her Control Over Police 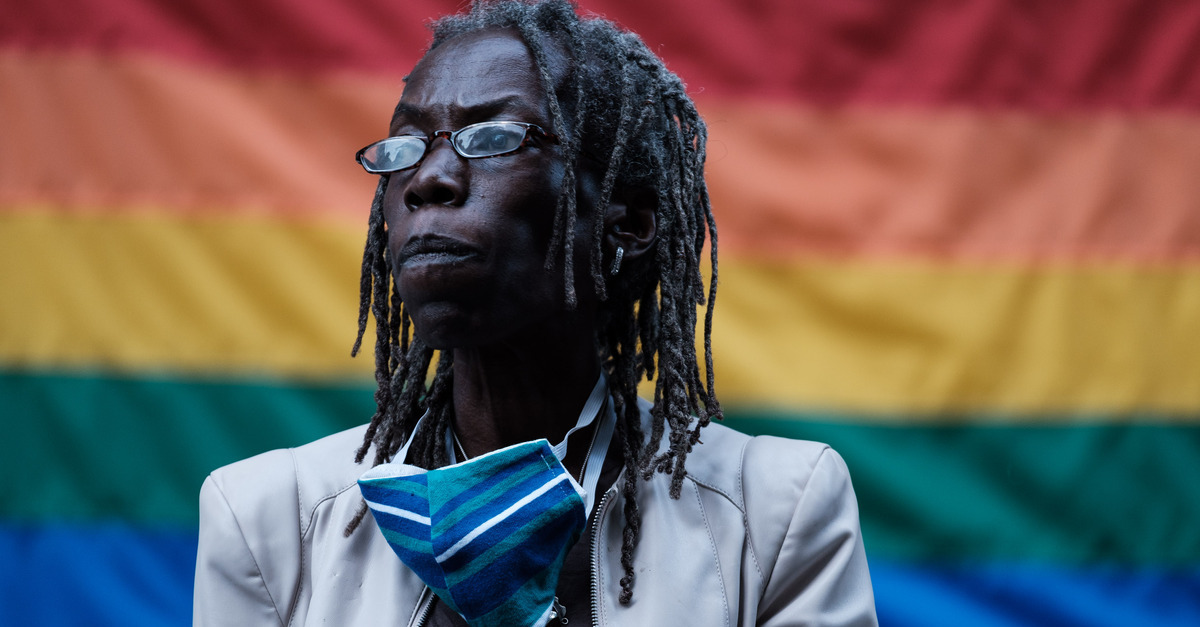 Portland City Commissioner Jo Ann Hardesty called on Portland Mayor Ted Wheeler to relinquish his control over the Portland Police Department due to continued allegations of police brutality against Black Lives Matter protesters and alleged cooperation with federal agents who have been detaining people under questionable circumstances over the past week.

“I’ve had enough,” Hardesty said in a missive directed at the mayor after the 50th night of protests ignited by the Minneapolis Police Killing of George Floyd in late May. “If you can’t control the police, give me the Portland Police Bureau.”

“Last evening the best of Portland was on full display,” Hardesty said in a late Saturday statement. “Portlanders came out to exercise our constitutional right to free speech and peaceful assembly. This was a united call to end the occupation of our city by federal troops and demanding an end to the aggressive violence being perpetrated on our city by both federal troops and the Portland Police.”

Hardesty went on to describe a scene suggesting that most protesters were engaged in a peaceful protest on Friday night.

“We had impassioned speakers sharing a variety of perspectives and opinions,” her statement continued. “We lit candles. We sang. We danced with the incredibly talented Portland Hip Hop community. We talked about the work ahead and how we are going to re-imagine community safety.”

Mayor @tedwheeler, I've had enough. If you can't control the police, give me the Portland Police Bureau. Full Statement below. pic.twitter.com/Xq4dkV2Tdr

According to Portland Police, however, some individuals began tearing down a number of temporary fences that had been placed around parks in order to limit protesters’ access on Thursday. Those fences (and allegedly sandbags) were quickly moved to block access to the Justice Center in downtown Portland.

After those alleged acts of insurrection, police gave warnings for all protesters in the area to disperse.

“This is the Portland Police Bureau,” a voice called out to the demonstrators via a loudspeaker just after midnight. “Officers have observed people in the area of the Federal Courthouse on SW 3rd Avenue place fencing and sandbags in front of doors. Anyone who is involved in criminal behavior, including blocking entrances and exits to the Federal Courthouse, are subject to arrest or citation. Participants not involved in criminal behavior are encouraged to leave the area immediately.”

Those calls went largely unheeded and police eventually declared an unlawful assembly around 1:30 a.m., according to local CBS affiliate KOIN.

A trickle of protesters left but most stayed. Federal agents then began using tear gas in an effort to clear the area but local authorities did not use the controversial chemical weapon, the department told local ABC affiliate KATU.

Just after 2:00 a.m., several returning protesters were arrested and some police shields were allegedly taken.

Hardesty said her “heart was full of love and inspiration towards every single person that came out” to the protest but those elated feelings apparently didn’t last long due to the law enforcement response.

“[W]hile hip hop artists where still performing, while my staff, speakers, and attendees I love were still on the ground–there was another unprovoked brutal attack by our federal government,” her statement continued. “Later that evening, Portland Police once again joined in the aggressive clampdown of peaceful protest.”

Hardesty, who was the first Black woman elected to Portland’s City Council in 2018 then issued her demand to the city’s Democratic Party mayor.

Wheeler himself has publicly called for federal officials to leave Portland and to therefore leave its policing up to him and his officers. However, some have questioned whether or not there is actually some level of coordination between federal officers and either state and local police.

In a piece published Saturday, Portland’s major daily newspaper, The Oregonian, expressed doubt about whether Wheeler’s opposition to the presence of federal officers in the city was genuine.

Portland Mayor Ted Wheeler has repeatedly said the police force he oversees does not want or need the help of federal officers during nightly protests downtown.

You are putting our community in danger. You are putting my staff in danger. We need you to be better. We need you to stop denying the violence being perpetrated by our own police force and make it clear and unambiguous: Portland police are directed from the top to never collaborate with 45’s goon squad, to take off their riot gear, and to stop contributing to the violence that was occurring before the feds arrived and still continues night after night. I demand action right now. Mayor Wheeler, if you can’t control the police, give me the Portland Police Bureau.

President Donald Trump has generally praised the actions of federal officers in Portland, the Oregonian noted.

“In Portland — Portland was very rough and they called us in, and we did a good job, to put it mildly,” Trump said Wednesday according to a White House transcript. “Many people in jail right now.”  He further elucidated:

But we have other cities that are out of control; they’re like warzones.  And if the cities are going to straighten it out, if local politicians, or in this case — I don’t say this for political reasons — they’re all Democrats.  They’re liberal, left-wing Democrats.  And it’s almost like they think this is going to be this way forever, where in Chicago, 68 people were shot and 18 died last week.  We’re not going to put up with that.  We’re not going to put up with that.

We’ve done a great job in Portland.  Portland was totally out of control, and they went in and, I guess, we have many people right now in jail.  And we very much quelled it.  And if it starts again, we’ll quell it again very easily.  It’s not hard to do if you know what you’re doing.

Acting DHS Secretary Chad Wolf has said he supports any actions taken by officers under his watch in Portland.

“The city of Portland has been under siege for 47 straight days by a violent mob while local political leaders refuse to restore order to protect their city,” Wolf said in a statement. “Each night, lawless anarchists destroy and desecrate property, including the federal courthouse, and attack the brave law enforcement officers protecting it. A federal courthouse is a symbol of justice – to attack it is to attack America. Instead of addressing violent criminals in their communities, local and state leaders are instead focusing on placing blame on law enforcement and requesting fewer officers in their community. This failed response has only emboldened the violent mob as it escalates violence day after day.”

“This siege can end if state and local officials decide to take appropriate action instead of refusing to enforce the law,” Wolf added. “DHS will not abdicate its solemn duty to protect federal facilities and those within them. Again, I reiterate the Department’s offer to assist local and state leaders to bring an end to the violence perpetuated by anarchists.”

Wolf’s statement included a lengthy list of dozens of alleged incidents of violence perpetrated by “violent anarchists,” “crowds,” and other “individuals.”