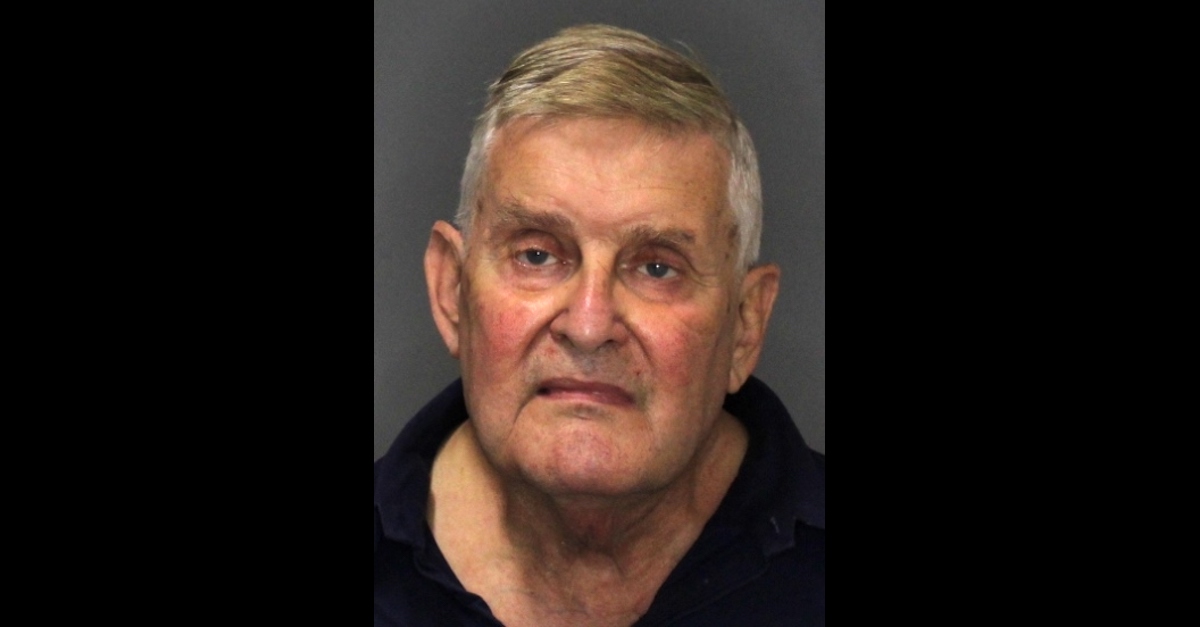 John J. Sanders appears in a mugshot released by the Amsterdam, N.Y. Police Department on Facebook.

An Upstate New York man allegedly tossed “a large amount of nails behind the tires” of multiple municipal patrol vehicles at a police station in Amsterdam, N.Y.  He wound up getting nailed by the police.

John J. Sanders, 80, of Amsterdam is charged with reckless endangerment, obstructing governmental administration, attempted criminal mischief, and criminal nuisance.  The first three charges are Class A misdemeanors; the fourth is a Class B misdemeanor.

In a recent Facebook post, the local constabulary said that city maintenance staffers informed them of the penetrating piles of protrusive provocatives back on Aug. 22.  The 10:34 a.m. discovery resulted in the immediate dispatch of detectives and patrol officers to try to track down who did it — and the denizen investigators say they deflated the wrongdoer’s deeds before he could deflate them.

The police work appears to have been promulgated with wheels unpunctured.

“Upon review of security footage, a male, now known to be Sanders, is observed to be walking past patrol cars with a green bag,” the department said.  “The male proceeded to reach into the bag and toss nails on the ground behind the wheels of five patrol vehicles. A short time later, a dark colored BMW X5 SUV is observed driving past Police Headquarters operated by the same male observed to be throwing the nails.”

A partial license plate number “and other distinct features of the vehicle” helped a sergeant spot the suspect driving south on New York State Route 30.  A traffic stop netted an interview with Sanders on the scene.  He was immediately arrested for allegedly operating his SUV with a suspended driver’s license.

Inside the SUV, the police say they found “items involved in the incident at Police Headquarters.”  That discovery and the other evidence from the scene resulted in the four misdemeanor charges cited above.

“While there was probable cause for this arrest, all persons are presumed innocent until proven guilty beyond a reasonable doubt in a court of law,” the police department cautioned online.

The police did not explain the man’s possible motive.