‘I Could Make Up a Fake Arrest and Put You in Jail’: Police Chief Agrees to Plead Guilty to Threatening Arrest Over Negative Facebook Post 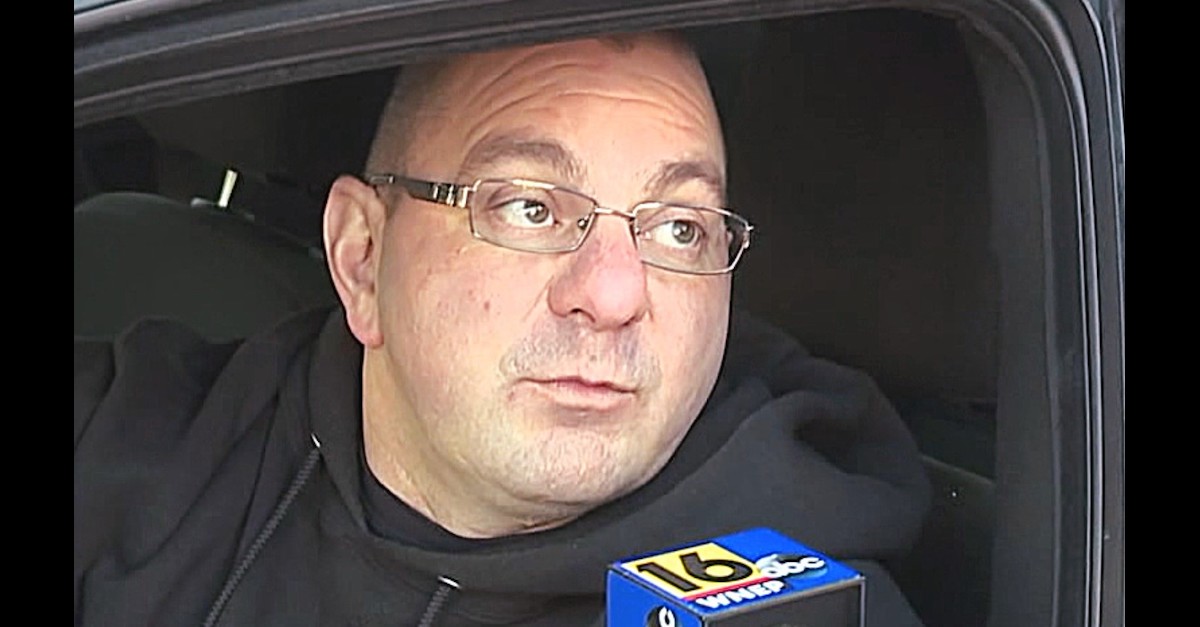 The U.S. Department of Justice on Thursday charged a Pennsylvania police chief for allegedly violating a man’s civil rights. The charges came after the chief threatened to arrest the man for posting “critical” comments against the chief and his department on Facebook. According to court records, the chief has agreed to plead guilty and has also agreed to resign from the force.

According to a criminal information filed in U.S. District Court for the Middle District of Pennsylvania, the chief, Brian Buglio, 45, of Lattimer Mines, Pa., was employed by the West Hazleton Police Department. West Hazelton is about an hour south of Scranton.

The document says a person referred to only by the anonymous moniker Individual #1 “posted social media content on Facebook criticizing [Buglio] and the West Hazleton Police Department.” Here’s how the feds allege the matter unfolded:

Individual #1 “agreed to remove” the posts “and to refrain from creating additional social media posts critical” of the chief or the department, the document goes on to say.

The document suggests a regime of prior restraint — a constitutionally troubling accusation.

Scranton ABC affiliate WNEP identified Individual #1 as Paul Delorenzo of East Stroudsburg, Pa. He told the TV station he criticized the chief and the department for being “slow to make an arrest” in a case which involved him.  The TV station’s report says Delorenzo also “accused the chief of committing a violent crime.”

“He called me, left me a voicemail, and said that he was going to arrest me for a crime that was being investigated for something I’ve never even done or had any part of,” Delorenzo told the TV station.

In the report, Delorenzo then described how the chief allegedly threatened him.

“He goes, ‘Well, you like to post fake things and fake stories about me so, I could make up a fake arrest and put you in jail,'” Delorenzo said.

Delorenzo then said he agreed to take down the post, shook hands with the chief, and later called the FBI.

The charging document contains a similar description of the latter events.

“Individual #1 and BRIAN BUGLIO confirmed that they had a ‘deal’ and shook hands at the conclusion of the meeting,” the information states.

Negotiated pleas are not uncommon, however.

West Hazleton officials would not confirm Buglio’s employment status to WNEP.  However, they eventually told the Hazleton Standard Speaker that Buglio had, indeed, resigned from the force.

The maximum possible penalty for the offense is one year behind bars, one year of supervised release, and fine of up to $100,000. The DOJ said in a press release that it is unlikely the chief would serve anywhere close to that much time.

“At the time of sentencing, the United States will recommend that the Court impose no greater than the minimum term of imprisonment within the applicable Sentencing Guidelines range,” the plea agreement reads.

Local residents quoted by the TV station offered mixed opinions on the matter.  One person who said she went to school with the chief said he had the right to “stick[] up for himself.”  Another person said the chief didn’t have the authority to police speech.

Legally speaking, a hypothetically less troublesome course of action for the allegedly maligned chief probably would have been to file a civil defamation lawsuit against Individual #1 to address the allegation that the chief had committed a crime.  The chief almost certainly would have been legally required to prove actual malice because he is a public official.  Actual malice is a concept in defamation law which tests a defendant speaker’s attitude toward the truth, not whether the defendant speaker disliked the subject of his comments.  The standard creates an additional legal hurdle for public officials who believe they have been defamed.  Winning is rather difficult but not impossible — as a number of cases filed by police plaintiffs can attest.

Such lawsuits by police plaintiffs are controversial; the actual malice standard is designed to allow citizens broad leeway to criticize government actors under the First Amendment.  Anti-SLAPP laws in many states offer additional protection to defendants; however, Pennsylvania’s is narrow and appears not to hypothetically apply here.

It is unclear whether a difficult-to-win defamation case was contemplated in this matter.  A search of Pennsylvania civil actions in an online court database reveals no actions under Buglio’s name.  It is also unclear exactly what was said on Facebook or whether the comments were factually sufficient to support a defamation claim in the first place.

[This piece has been updated.]

[Image via screengrab from WNEP-TV]