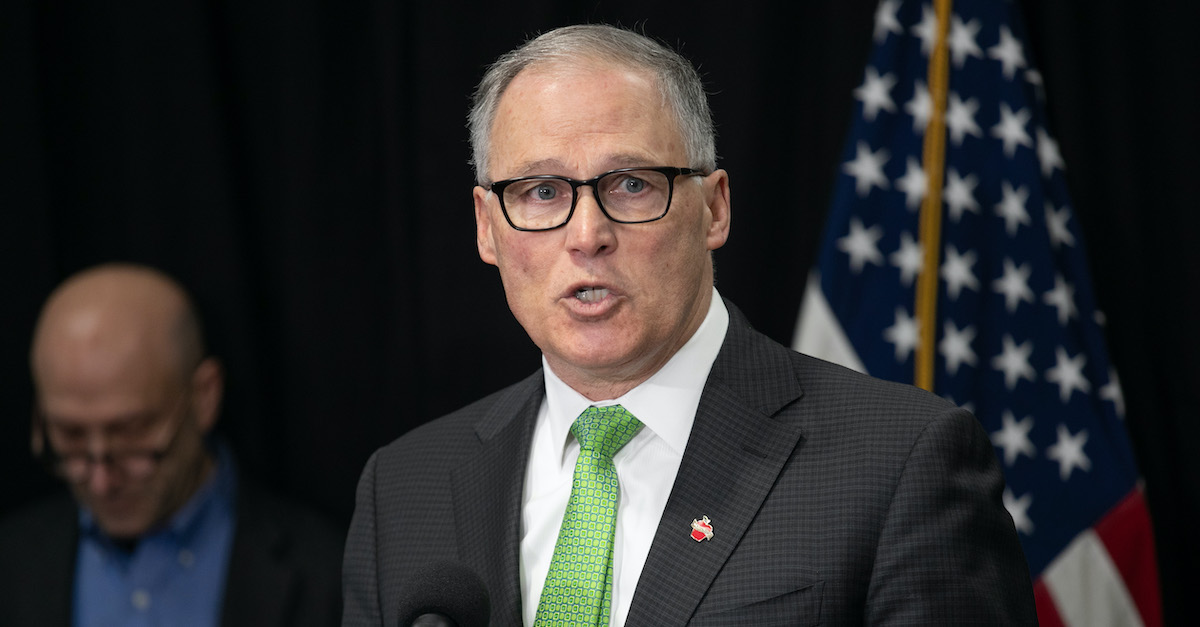 Washington Gov. Jay Inslee (D) on Friday instructed the state’s attorney general to open a criminal investigation into a local sheriff who told police that a Black newspaper delivery driver had threatened to kill him, only to retract that claim when questioned by officers from the Tacoma Police Department after a massive law enforcement response.

Inslee wrote a letter directing Criminal Justice Division Chief John Hillman to look into “Tacoma Police Incident No. 2102700104” and whether Pierce County Sheriff Ed Troyer violated the law against making a false police report when he repeatedly claimed that Sedrick Altheimer, 24, had threatened his life.

In a statement accompanying the letter, Inslee also indicated that he was calling on the Attorney General’s Office to step in because the local investigation had not developed at a sufficient rate.

“The initial reports of these events were very concerning to me, and I had hoped to see some action taken to initiate a criminal investigation at the local level. But, to my knowledge, that has not happened almost three months after the incident,” Inslee said. “So now the state is stepping in. I have spoken to Attorney General [Bob] Ferguson and his office will conduct this investigation and make the decision whether to initiate prosecution.”

The incident — which took place in January and which was first reported by The Seattle Times last month — began while Altheimer was driving his Geo Prizm, delivering newspapers on his regular route, when he noticed a large white unmarked SUV had started following him. After a short while, at approximately 2 a.m., Altheimer walked over to the SUV and asked the driver — who he reportedly did not initially recognize as the sheriff — why he was following him.

According to the report, Altheimer said Troyer did not say he was a law enforcement officer. However, Troyer allegedly did ask Altheimer why he was driving around the neighborhood and called him “all types of names,” including “porch pirate” (which refers to people who steal packages that have been left on people’s doorsteps).

“At approximately 0205 hours, we responded to the report of a help the officer call at N. 27th and Deidra Circle. The caller, Troyer, reported that he was at the listed location and he was reporting that a subject was making threats to kill him. Troyer reported that he was in his personal vehicle (white Tahoe) and that he had the subject blocked in,” a police report stated.

Troyer’s call was given the “highest priority” and broadcasted to all law enforcement agencies resulting in over 40 officers, deputies, and troopers showing up at the scene.

The report also stated that when officers asked Troyer whether Altheimer “ever made any threats towards him or displayed any weapons,” Troyer said that “Altheimer never threatened him” and he did not observe any weapons, though he said it was clear that Altheimer “wanted to fight.”

Body camera video obtained by a local television station showed that responding officers recorded their interactions with Altheimer, but not with Sheriff Troyer.

In a recent brief phone interview, Altheimer told the Times that he was pleased to hear Inslee was getting the Attorney General’s Office involved in the investigation.

“He definitely made a false report. It’s got to be a criminal investigation because it was a criminal act,” he told the outlet.

“Just like with the local investigation being conducted by the Pierce County Council, I welcome any and all inquiries into the event that occurred on January 27th,” Troyer said. “I and the department will fully cooperate with the investigation and look forward to it being done.”

Read the governor’s press release and letter below.

Inslee Directs Ferguson to … by Law&Crime