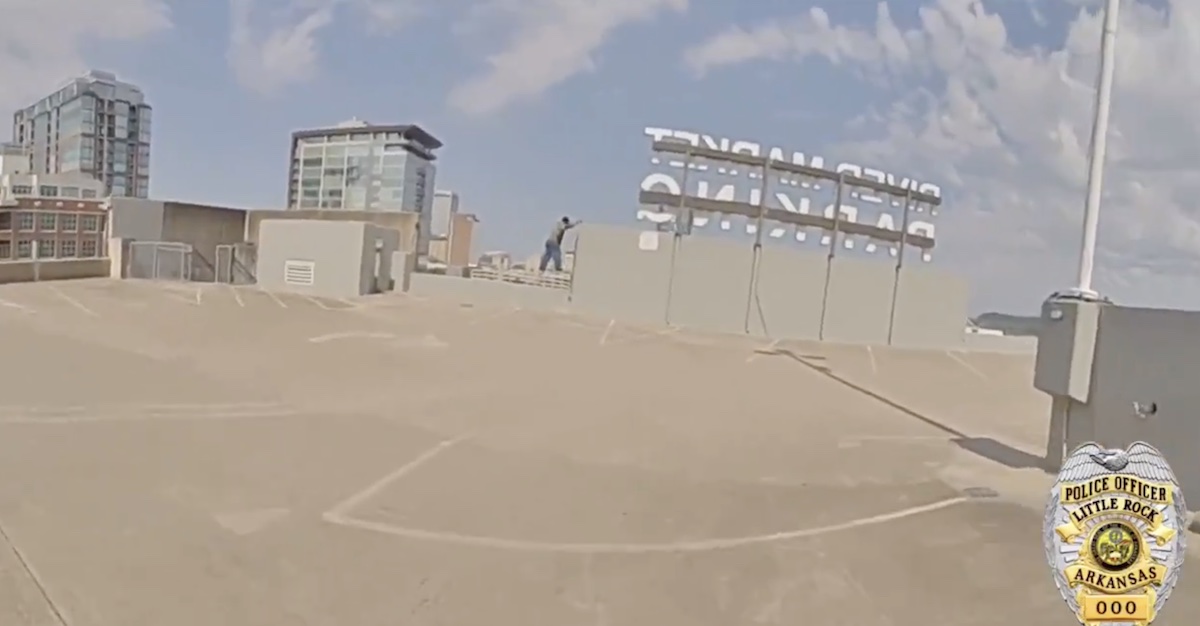 Three Arkansas police officers intervened to stop a man who appeared ready to take his own life by jumping off a six-story parking structure. Officers first talked with the man before physically pulling him to safety, local ABC-affiliate KATV reported Thursday.

The one-minute video then cuts to show Stanchak standing about 10 feet to the left of the man who had climbed over the roof railing and was standing on a very narrow ledge while facing the street and gripping a support beam directly to his right. Two other LRPD officers, later identified as Joseph Robillard and Samuel Hill, can also been seen standing about 15 to 20 feet to the man’s right. 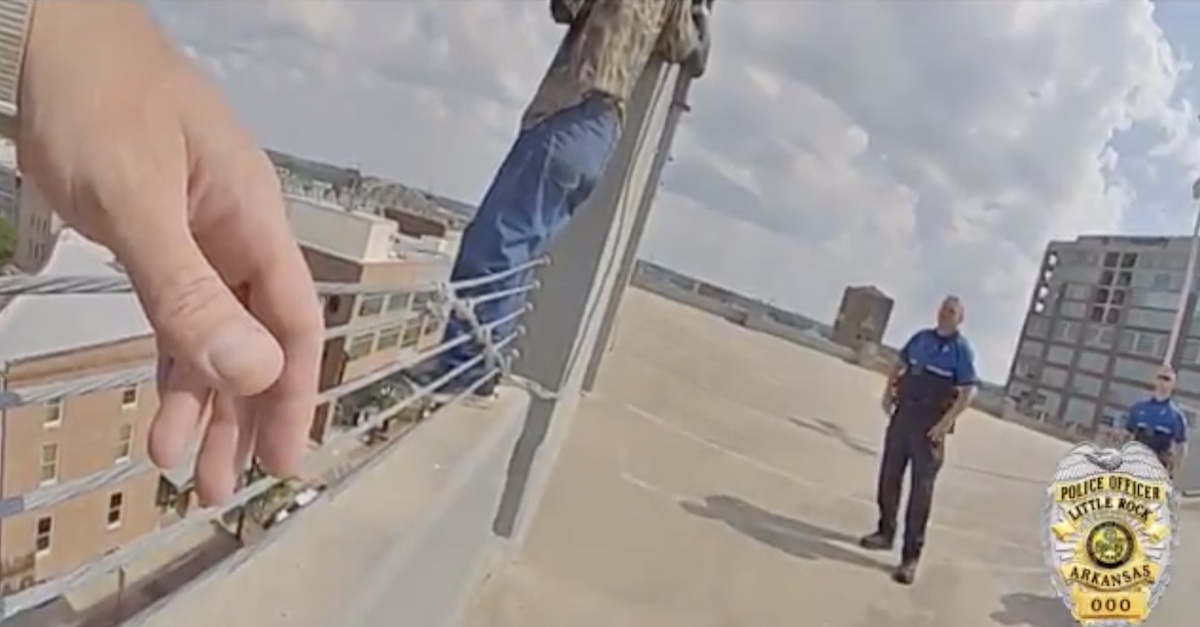 The footage again skips forward slightly and Stanchak can be heard saying, “We’re just here to help you, man. We want to get you some help.”

The man on the building’s edge does not appear to respond to any of the officer’s questions throughout the video, though he can be heard crying.

Stanchak then asks for the man’s name but moments later the footage cuts out and a message from the department comes up on the screen which read: “Officer Stanchak attempted several times to get the man to surrender but he was crying while holding on to the wall and close to the edge. Officer [Stanchak] then made a quick decision to pull him from the edge of the building.”

RELATED: Video Shows Florida Cops Saving 20-Year-Old Woman Who Had ‘Every Intention’ of Jumping Off of a Bridge onto I-95

When the footage returns, Stanchak appears to be standing still about 10 feet away from the man when he quickly runs at the man with both of his arms extended, grabbing the potential jumper by the waist. The other two officers immediately ran over and assisted Stanchak; the three pulled the man back over the roof railing. The video then cuts to another message from the department that read: “After being rescued by officers, [the man on the roof] was sent for a medical evaluation.”

WATCH THIS! Three LRPD officers saved a man’s life in the River Market this morning after nearly jumping off the ledge of a parking deck #ARNews pic.twitter.com/SPE6LLMTBl

Following the incident, Stanchak told KATV that the man’s lack of responsiveness made him think he had to physically intervene to stop him from jumping off the roof.

“The fact that he refused to communicate with us, he didn’t want to negotiate,” Stanchak told the outlet. “He didn’t want to talk about what was going on in his life. He had made a decision.”

Further evincing that position was Stanchak’s incident report, which said that just before the officer decided to grab the man, the man had closed his eyes and lowered his head “as if he was going to jump.”

KATV reported that all three of the officers involved said their training had prepared them for the situation.

“We all reacted. We knew each other, we cued off of each other and off his body language, and we all worked together to get him off the ledge safely,” Hill told the outlet.