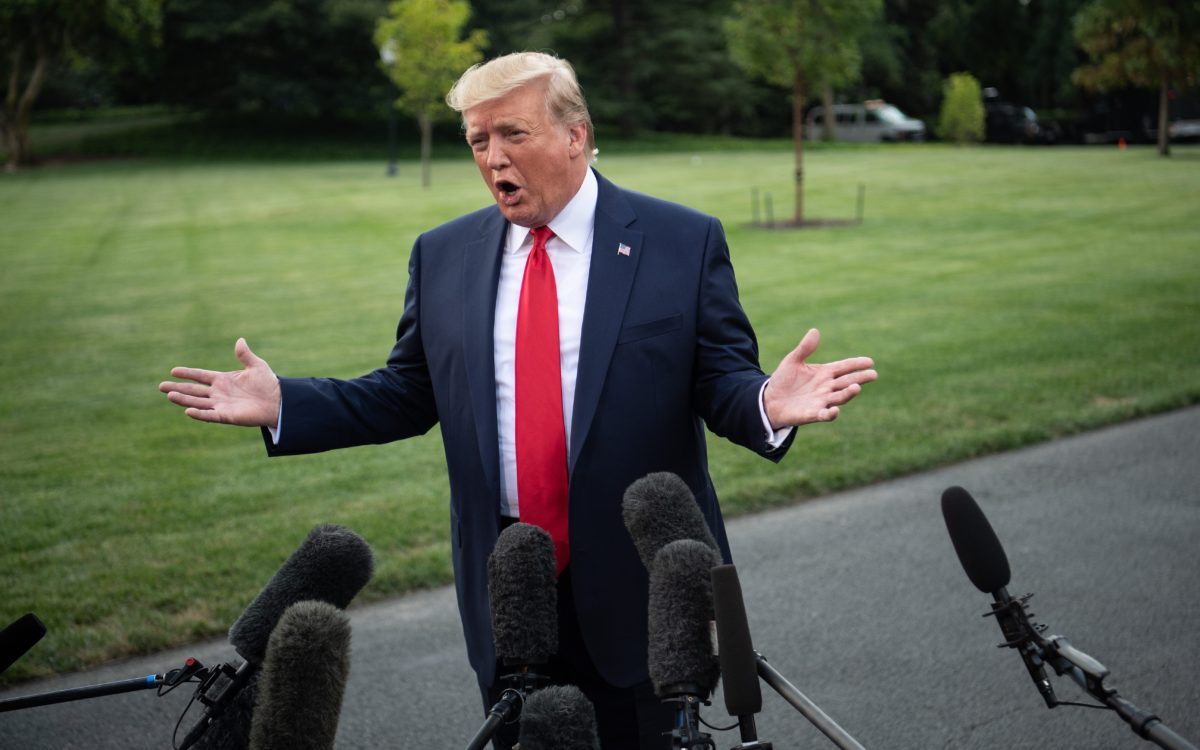 California Gov. Gavin Newsom recently signed into law a bill that would force President Trump to release his tax returns in order to qualify for the 2020 ballot in the state. This law, while not necessarily novel in purpose, will undoubtedly face legal challenges. As a matter of fact, four voters in California (two Republicans, one Democrat and one Independent), along with Judicial Watch, recently filed a federal lawsuit against the state “alleging that its new law aimed at strong-arming President Trump into releasing his income tax returns is patently unconstitutional.” Depending on how the court ultimately rules in this case, this issue could end up in front of the Supreme Court.

The “Qualifications Clause” in the Constitution imposes three basic requirements for anyone wishing to run for president. Specifically, Article II, Section 1, Clause 5 states:

Article II of the Constitution also states that the state legislature “may direct” “the manner” for choosing presidential electors. In the case of Bush v. Gore, the Supreme Court explained that this power was plenary, meaning that it was quite broad in scope:

The individual citizen has no federal constitutional right to vote for electors for the President of the United States unless and until the state legislature chooses a statewide election as the means to implement its power to appoint members of the electoral college. U. S. Const., Art. II, § 1. This is the source for the statement in McPherson v. Blacker, 146 U. S. 1, 35 (1892), that the state legislature’s power to select the manner for appointing electors is plenary; it may, if it so chooses, select the electors itself, which indeed was the manner used by state legislatures in several States for many years after the framing of our Constitution. Id., at 28-33. History has now favored the voter, and in each of the several States the citizens themselves vote for Presidential electors. When the state legislature vests the right to vote for President in its people, the right to vote as the legislature has prescribed is fundamental; and one source of its fundamental nature lies in the equal weight accorded to each vote and the equal dignity owed to each voter. The State, of course, after granting the franchise in the special context of Article II, can take back the power to appoint electors.

Therefore, given the state’s broad powers, the state legislature could argue that, since it can take away the right to vote for president (by way of selecting the electors), it can also limit the number of candidates that appear on the ballot so long as it does so in a non-discriminatory manner. In this case, for example, the state’s law mandating the release of tax returns would, conceivably, apply to everyone equally.

On the other hand, the case of US Term Limits, Inc. v. Thornton could work against the new California law. There, the Supreme Court rejected Arkansas’ constitutional amendment that provided for limitations on congressional terms of office. As Justice Stevens noted:

Today’s cases present a challenge to an amendment to the Arkansas State Constitution that prohibits the name of an otherwise-eligible candidate for Congress from appearing on the general election ballot if that candidate has already served three terms in the House of Representatives or two terms in the Senate. The Arkansas Supreme Court held that the amendment violates the Federal Constitution. We agree with that holding. Such a state-imposed restriction is contrary to the “fundamental principle of our representative democracy,” embodied in the Constitution, that “the people should choose whom they please to govern them.” Powell v. McCormack, 395 U.S. 486, 547 (1969) (internal quotation marks omitted). Allowing individual States to adopt their own qualifications for congressional service would be inconsistent with the Framers’ vision of a uniform National Legislature representing the people of the United States. If the qualifications set forth in the text of the Constitution are to be changed, that text must be amended.

The Supreme Court in Thornton, relying on its prior decision in Powell v. McCormack, stated that the relevant historical materials lead to the conclusion that the Constitution set the exclusive qualifications for running for federal office (i.e. age and citizenship requirements), and that this conclusion was supported  by an understanding of the “fundamental principle of our representative democracy . . . ‘that the people should choose whom they please to govern them.'”

The Thornton Court also addressed the argument that the amendment at issue only regulated “the manner” of elections and was, therefore, within the state’s power. In response to this argument, the Court stated, “The Framers intended the Elections Clause to grant States authority to create procedural regulations, not to provide States with license to exclude classes of candidates from federal office.” By way of example, the Court noted:

During the Convention debates, for example, Madison illustrated the procedural focus of the Elections Clause by noting that it covered “[w]hether the electors should vote by ballot or vivâ voce, should assemble at this place or that place; should be divided into districts or all meet at one place, sh[oul]d all vote for all the representatives; or all in a district vote for a number allotted to the district.” Similarly, during the ratification debates, proponents of the Constitution noted: “[T]he power over the manner only enables them to determine how these electors shall elect—whether by ballot, or by vote, or by any other way.”

In line with this reasoning, California’s law requiring the president to release his tax returns in order to be included on the ballot could possibly be challenged on the grounds that it is not procedural, but substantive, in nature. Moreover, the purpose of this amendment could be questioned, as it appears retaliatory in nature given Trump’s unwillingness to release his returns. Apparently, the California law says that “voters need to know details about presidential candidates’ finances to ‘better estimate the risks of any given Presidential candidate engaging in corruption.'” However, according to Tom Fitton, Judicial Watch President:

This is a nonpartisan concern about the state running roughshod and attempting to amend the Constitution on its own.

California politicians, in their zeal to attack President Trump, passed a law that also unconstitutionally victimizes California voters. It is an obvious legal issue that a state can’t amend the U.S. Constitution by adding qualifications in order to run for president. The courts can’t stop this abusive law fast enough.

Attorneys for Judicial Watch argue California’s law effectively alters the Constitution by adding a new requirement for tax returns, something they say state governments don’t have the authority to do.

Among other things, Judicial Watch also alleges that the law does not apply equally to independent candidates since it is limited to primary elections. Judicial Watch also asserts that California’s law “violates voters’ constitutional rights to associate with presidential candidates and the voters who support them, rights it says are guaranteed under the First and 14th amendments.”

Of course, unlike Gore, the Thornton case applies to members of Congress and not to the president. Therefore, it will be interesting to see if the court will align withThornton or Gore, or whether it will take an entirely different approach. Regardless, the California law, if left unchallenged, could create risky precedent, as other states could try to follow suit for retaliatory, or other seemingly improper, purposes, no matter who is president. Eventually, the Supreme Court could, once again, be asked to step in.