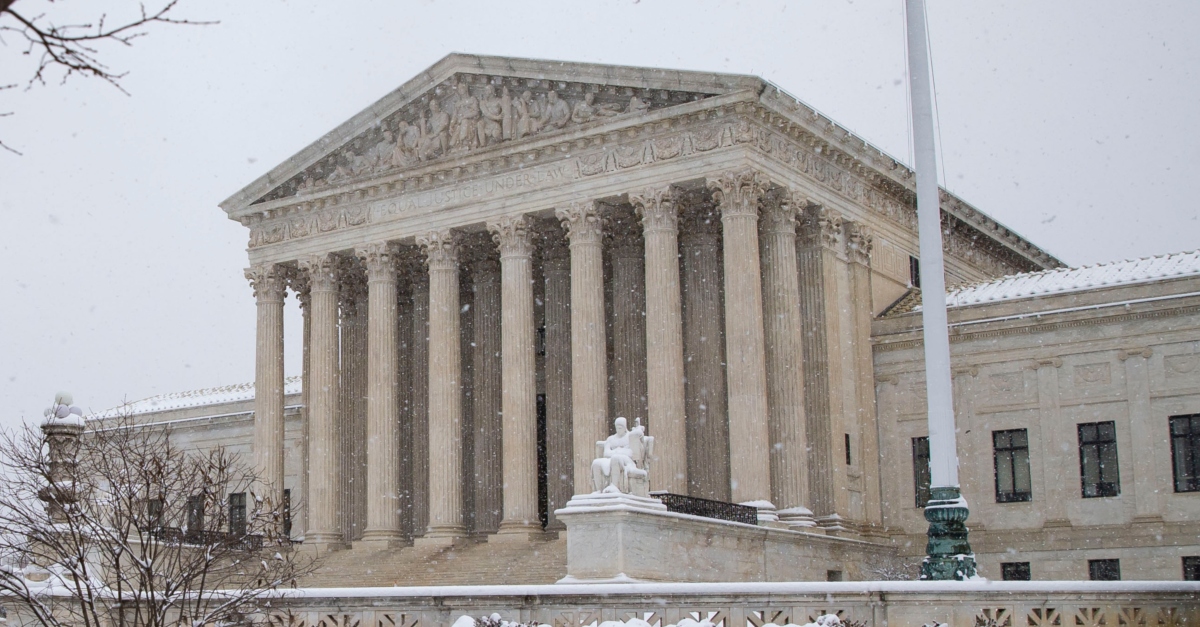 SCOTUS heard oral arguments Monday in Iancu v. Brunetti — or, as many put it, “the case in which we were disappointed not to have heard Supreme Court justices say ‘FUCT’.” The case was about trademarks, specifically whether U.S. Patent and Trademark Office (USPTO) should keep using the Scandalous Clause” in 15 U.S.C. 1052(a). Under that portion of trademark law, the office has the right to refuse trademark protection of marks that it deems too scandalous or immoral. The USPTO refused to issue the trademark protection to the Erik Brunetti’s clothing line “FUCT,” even though it has registered marks such as “FCUK” and “Fauq-Yeah!!” and Brunetti brought this appeal right up to SCOTUS.

Obviously, to allow a federal law to turn on whether particular words are “scandalous” seems subjective to the point of lunacy; in light of recent precedent, the clause definitely seems overdue for an overhaul. As the justices sorted it all out Monday, they did their level best to keep the proceedings entirely PG. Ruth Bader Ginsburg, however, didn’t disappoint.

Court transcripts were amusing in that they showcased the indirect way justices referred to an Appendix attached to the petitioner’s brief; it included a chart which clearly laid out the absurdity of implementing the Scandalous Clause. Since my sensibilities are less delicate than are those of our Supreme Court justices, I’ll go ahead and use the actual words contained in that chart. “Dick,” “Small Town Dicks,” and “Dick Dangler” were appropriate to trademark; “Get Off My Dick,” – not so much. “Satan’s Piss” got its trademark, but “Fuck Cancer” didn’t. “Pussy Power Revolution” was good to go, but “Pussy Riot” violated the rules. “Tits” was fine, but “Tits Out For Bambi” was too scandalous.

Guys, if I were presiding over this case, I wouldn’t be able to resist using very specific language while demanding that the USPTO give me some reason for these ridiculous contradictions. But it seems as though the justices were heck-bent on remaining as dignified as possible.

Justice Neil Gorsuch did raise the issue of inconsistency, while obliquely stating, “I could not myself see a rational line through that chart at the end of the red brief.” Later, Justice Gorsuch primly laughed, “I don’t want to – I don’t want to go through the examples. I really don’t want to do that.”

Slate’s Mark Joseph Stern reported on a “clear” judicial divide in the courtroom this morning:

From the start of arguments, it’s clear that the current bench is divided into prudes and cool kids. In the prudish corner are Chief Justice John Roberts (who looked slightly mortified all morning), as well as Justices Stephen Breyer and Samuel Alito. In the cool kids’ corner are Justices Ruth Bader Ginsburg (duh), Sonia Sotomayor, Elena Kagan, and Neil Gorsuch. Justice Brett Kavanaugh wants to sit at both tables, but I think he’s a prude at heart. And while Justice Clarence Thomas kept mum as usual, he whispered to Breyer and laughed as Deputy Solicitor General Malcolm Stewart strained to avoid saying Fuct. (“The equivalent of the profane past participle form of a well-known word of profanity” is the euphemism poor Stewart landed on.) Thomas can sit with the cool kids for now.

After the justices set the tone that they’d be using kiddie-proof language (Chief Justice Roberts avoiding the saying “FUCT” by mentioning “this particular trademark” several times), Stewart proved that he’d gotten the message. When questions turned to the legalities of refusing trademarks for racial slurs, Stewart danced around without even using the usual euphemism:

In truth, the government’s less-than-precise mode of speech in this case feels inappropriate. I’m all for courtroom decorum, but there’s something about the use of circuitous language in a case that’s about specific words that annoys me.

While RBG avoided four-letter words, she did make the blunt point that the sensibilities in the courtroom over “FUCT” are likely more conservative than those of a younger generation, and asked the government, “if you were to take a — a composite of, say, 20-year-olds, do you think that that answer would be they would find it shocking?”

Justice Ginsburg’s most valuable contribution, however, was her incisive commentary on something truly inane: the government’s rejecting a trademark on dual grounds – the first that it’s too scandalous, but the second that it’s too similar to an existing trademark. RBG politely called bullshit on the USPTO’s Schrödinger-esque maneuvers:

Iancu v. Brunetti should be not only an easy victory for the First Amendment, but also one for precision of language in federal legislation; the time is long gone for regulations as vague as the Scandalous Clause.