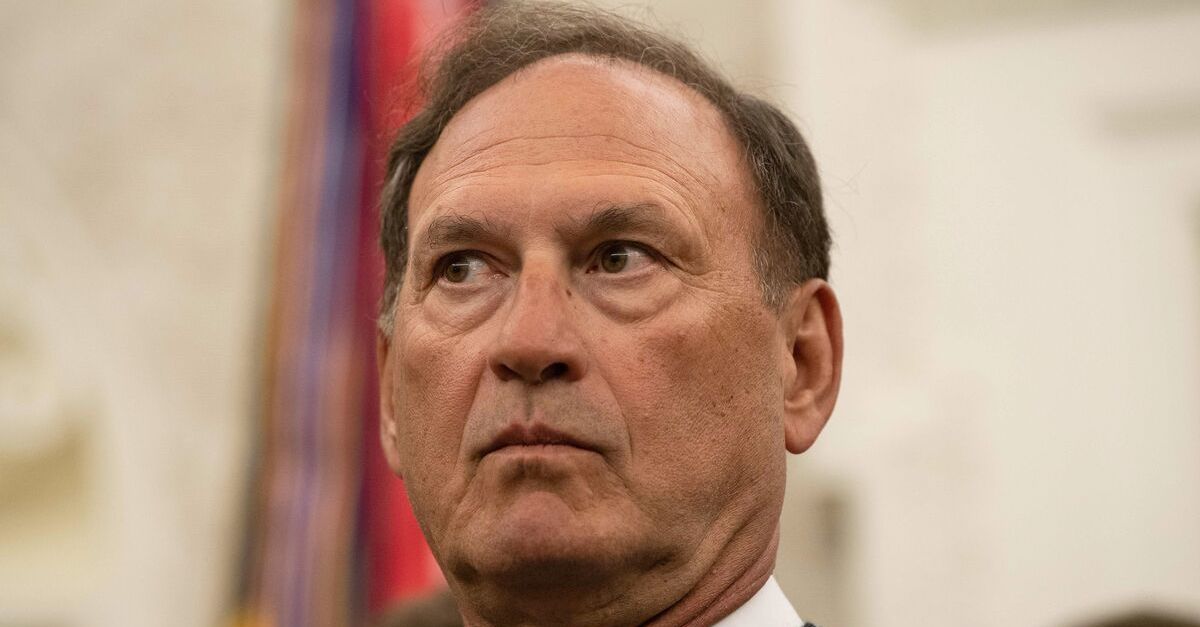 Supreme Court Justice Samuel Alito gave a virtual keynote address at the Federalist Society’s annual convention on Thursday night. His remarks felt more like a Fox News rant segment or a list of grievances at a Trump rally than a typical address by a jurist. Over the 30-plus minutes, Alito railed against the diminishing freedoms of speech and religion, and made a point-blank attack on academia, experts, and COVID-19 restrictions.

Alito is delivering the keynote speech at this year’s Federalist Society convention. He’s using the occasion to defend the group, claiming its members face “harassment and retaliation for saying anything that departs from the law school orthodoxy.” https://t.co/pmoQazRIof

Alito opened his address with the now-mandatory bad jokes about giving the speech virtually, inviting people to have a drink while listening and warning against throwing tomatoes at the screen. He then moved on to a brief mention of his colleague, Justice Elena Kagan. Kagan, Alito explained, had spoken at a FedSoc event when she was Dean at Harvard. At the time, she said, “I love the Federalist Society, but you are not my people.” This open-minded attitude toward the society’s attitudes was just the kind of free debate we should be encouraging, explained Alito.

And that was the last good thing Alito had to say about either Harvard, academia, or anyone left-leaning. Rather, he jumped right into his thesis: free speech and religion are under attack, and their fiercest enemies are executive officials and law schools.

“Unfortunately,” the justice charged, “tolerance for opposing views is now in short supply in many law schools and in the broader academic community.”  Alito recounted that he hears from recent law-school graduates often, who report that, “they face harassment and retaliation if they say anything that departs from the law school orthodoxy.”

Alito, a sitting justice, then railed against COVID-19 restrictions.

Alito called COVID “a sort of constitutional stress test,” and said that regulations aimed at battling the pandemic have “highlighted disturbing trends that were already present before the virus struck.” Those disturbing trends, according to the justice, consist of “lawmaking by executive fiat rather than legislation,” and the delegation of rule-making to “an elite group of appointed experts,” as opposed to legislators.

Alito pointed to a 1905 Supreme Court case involving mandatory smallpox vaccinations in Massachusetts. “I’m all in favor of preventing dangerous things from issuing out of Cambridge and infecting the rest of the country and the world,” the justice joked,.“It would be good if what originates in Cambridge stays in Cambridge.”  As a Princeton and Yale man, some good ol’ Ivy League ribbing for his Crimson colleagues is nothing new. But via video, and after such direct criticism of academic institutions, the comedy didn’t quite translate.

Next, Alito moved on from COVID-19 regulations to attacks on religion.

“Religious liberty is fast becoming a disfavored right,” Alito lamented. He continued to discuss litigation involving Little Sisters of the Poor, Masterpiece Cakeshop, and Ralph’s Pharmacy, explaining that no one had actually been deprived service from any of the establishments in question in these cases. He said that the same-sex couple that had been famously refused a wedding cake were not harmed because “celebrity chefs have jumped to the couple’s defense.”

Nevada’s COVID-19 restrictions (allowing no more than 50 people in houses of worship), according to Alito, were a true double-whammy. They were not only overly restrictive from a practical standpoint, but they also singled out religion for victimization. “The state’s message is this,” said Alito, “forget about worship and head for the slot machines or maybe a Cirque du Soleil show.”

Alito even raised George Carlin’s notorious “7 Dirty Words” comedy routine. “It would be easy,” Alito said, “to put together a new list called ‘things you can’t say if you’re a student or professor at a college or university or an employee of many big corporations,’ and there wouldn’t be just seven on that list. Seventy times seven is closer to the mark.”

As one example of now-disfavored speech, the justice mentioned, “you can’t say that marriage is a union between one man and one woman.” He said this was just the kind of unfairness he warned about in his dissent in Obergefell; while until “very recently” “the vast majority of Americans” agreed with this take on marriage, “now, it’s considered bigotry.”

“For all Americans, standing up for our Constitution and freedom is work that lies ahead,” Alito concluded. “It will not be easy work, but when we meet next year, I hope we will be able to say that progress has been made.”

Fix the Court, a judicial advocacy and reform group, went so far as to say that Alito’s speech was more like a Trump rally than an address of a legal society.

“Full of disinformation on the state of the First Amendment, how women’s reproductive systems work and the goals of a milquetoast judicial ethics proposal, Justice Alito’s speech Thursday was more befitting a Trump rally than a legal society,” Fix the Court executive director Gabe Roth said in a statement to Law&Crime. “What’s more, Alito’s decision to speak about COVID’s impact on religious exercise is unconscionable at a time when cases concerning this very topic remain active at the Supreme Court and across the federal judiciary. If there were enforceable recusal standards at the high court, this would be a ripe opportunity for a motion to disqualify.”

Roth said that the FedSoc speech was proof that SCOTUS “needs a formal code of conduct.”