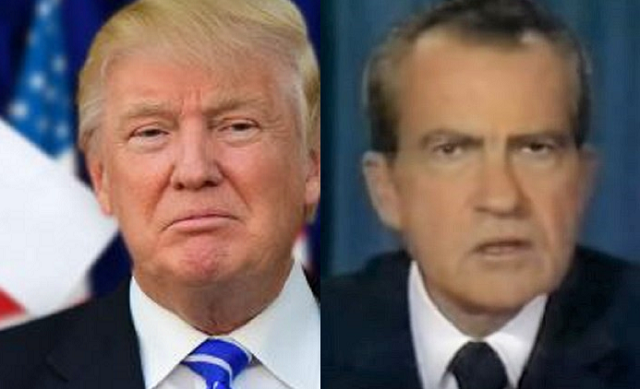 The first rule in legal writing is “never reinvent the wheel.” So, while there are a great many things about the presidency of Donald Trump that are truly unprecedented, his impeachment, should it happen, wouldn’t be nearly as fresh and unique. The House of Representatives has already drafted Articles of Impeachment against a President who grossly misused his authority, received illegal emoluments, and obstructed justice on a grand scale; those Articles never lived out their full potential though, because President Richard Nixon resigned before standing trial before the Senate. In an impeachment of President Trump, Congress could do the most efficient thing – and just redline the Articles of Impeachment (some that were adopted and others that were rejected) from 1974. There are differences, of course, but as goes the familiar political expression, “there’s much more that unites them than divides them.”

Of course, while Trump has acknowledged certain facts related to allegations against him (giving intelligence information to Russian officials), others are still under investigation with no current confirmation (his campaign’s possible collusion with Russia).

With a little find-and-replace, and a few Trump-specific additions, the House will be good to go if they want to impeach. Click here for the full Articles of Impeachment brought against Richard M. Nixon, and check out these choice excerpts, which I’ve taken the liberty of editing appropriately:

This conduct has included one or more of the following:

In all of this, Richard M. NixonDonald J. Trump has acted in a manner contrary to his trust as President and subversive of constitutional government, to the great prejudice of the cause of law and justice and to the manifest injury of the people of the United States.

The similarities are uncanny, aren’t they? But wait, there’s more.

In his conduct of the office of President of the United States, Richard M. NixonDonald J. Trump, in violation of his constitutional oath faithfully to execute the office of President of the United States and, to the best of his ability, preserve, protect, and defend the Constitution of the Untied States, and in disregard of his constitutional duty to take care that the laws be faithfully executed, did receive emoluments from the United States in excess of the compensation provided by law pursuant to Article II, Section I, Clause 7 of the Constitution, and did willfully attempt to evade the payment of a portion of Federal income taxes due and owing by him for the year 2017, 1970, 1971, and 1972, in that:

(1) He, during the period for which he has been elected President, unlawfully received compensation in the form of government expenditures at and on his privately-owned properties located in or near San Clemente, California at Trump Tower, and Key Biscayne, Mar a Lago, Florida.

(2) He knowingly and fraudulently failed to disclose report certain income and claimed deductions in the year 1969, 1970, 1971, and 1972 on his Federal income tax returns prior to assuming the office of President of the United States which were not authorized by law, including deductions for a gift of papers to the United States valued at approximately $576,000.

True, the lack of transparency regarding Trump’s tax returns isn’t against the law, and wouldn’t really be included in articles of impeachment, but the added similarity of both Presidents being shady with their taxes was tough to ignore. Back to more similarities:

Specification of Charges (Bill of Particulars) Supporting All Articles

To be perfectly clear, none of this is boilerplate language. When it comes to impeachment of a president, there is no boilerplate language, except maybe for the part that calls for “impeachment and trial, and removal from office.” President Nixon’s wrongdoing has been a rare topic about which Democrats and Republicans of today often unite. The Watergate break-in, the cover-up, and the misuse of government agencies and executive privilege have, for decades, stood as examples of misconduct so extreme as to be indefensible, irrespective of party loyalty. And yet, as I’ve written before, there are several ways in which Trump’s misconduct has already been revealed as being far more extreme than Nixon’s.

While the drafting the Articles to impeach President Trump would be relatively simple, the rest of the process offers no corresponding ease. Today, while speaking with CNN, Senator Rick Santorum (R-PA) offered up a kind of gnarled logic we can probably expect to be repeated by Trump’s allies and sycophants. Santorum argued that clear evidence of Trump’s obstruction of justice is actually damning for Comey, and not for Trump. Comey’s failure to immediately report such obstruction, would, in Santorum’s opinion, be “Hooveresque,” and would somehow, inexplicably, reflect worse on the subject of the obstruction than on its source. Santorum (as usual), however, doesn’t speak for the entire GOP; Republicans, such as House representative Justin Amash (R-MI) are beginning to speak out about impeachment in a very real way.

Whether and when Articles of Impeachment will be adopted by the House of Representatives isn’t likely to be a question answered today – but the time sure seems to be getting closer. You never know, though. Maybe these Articles will work their magic on 45 the way they did on 37.  Here’s something that could be appropriately redlined in less than 140 characters: 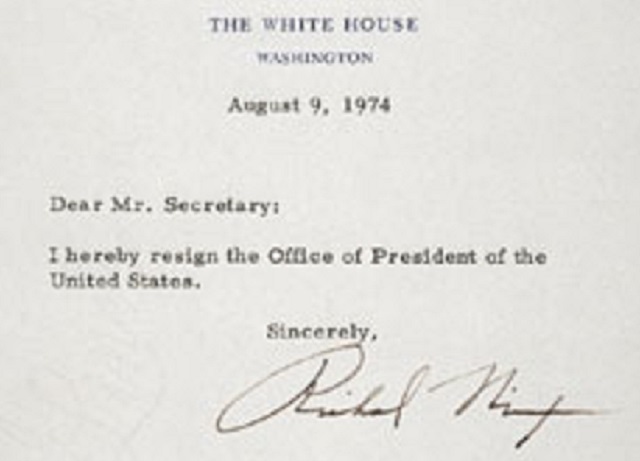