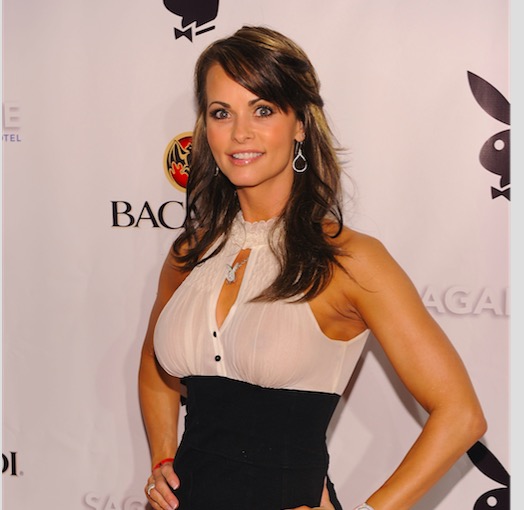 One-time Playmate of the Year Karen McDougal may be just about to learn some of the finer points of contract law, courtesy of her former lover, Donald Trump. McDougal conducted a bombshell interview with Ronan Farrow of the New Yorker – and neither Trump nor his tabloid friends are likely to take it sitting down.

First, some backstory. A few days before Trump was elected president, American Media, Inc. (“AMI”) – the publisher of the National Enquirer—paid $150,000 to McDougal for the exclusive rights to her story. Wondering why you never heard about McDougal and any affair she may have had with Trump? That’s because AMI bought the story in order to bury it, thereby protecting Trump, who just happened to be a personal friend of AMI chairman David Pecker; according to some insiders, AMI, “never printed a word about Trump without his approval.”

Hush money wasn’t the only thing in McDougal’s contract with AMI – it also laid out plans for her to author a regular aging-and-fitness column.  McDougal’s contract with AMI was a limited life-story rights agreement granting AMI exclusive ownership of her account of any romantic, personal, or physical relationship she has ever had with any “then-married man.” Despite the ambiguous language, the then-married man in question was clearly Donald Trump – a detail that has some limited potential to help McDougal out in the inevitable lawsuit.

Now that Karen McDougal is speaking out, she’s about to learn just how far AMI will go to protect the reputation of its longtime friend, Donald Trump. In her conversation with Ronan Farrow, McDougal told Farrow that the contract “took my rights away,” and that, “at this point I feel I can’t talk about anything without getting into trouble, because I don’t know what I’m allowed to talk about. I’m afraid to even mention his name.”

Well, she should be. Karen McDougal signed a contract that pretty clearly obligated her to keep her mouth shut about her affair with Donald Trump. She agreed that any disputes over that contract would be resolved in a mandatory arbitration process – and not in open court. Now, McDougal has been affected by #MeToo, the Stormy Daniels story, and her own health. She wants to speak out, and is apparently willing to risk the legal consequences of violating the shady deal she made with the tabloid.

McDougal talked about the brave women who have come forward as part of #MeToo. “I know it’s a different circumstance,” she said, “but I just think I feel braver.” “Every girl who speaks,” she said, “is paving the way for another.”

She’s damn right it’s different. McDougal, by her own account, was not the victim of sexual harassment or assault; she was involved in a consensual relationship with a prominent man. She signed away her rights to publicize that story for a $150,000 payday. Now, she’s having some seller’s remorse. I can’t blame her for wanting to out Trump as the sleazemaster that he is, but it’s kind of a stretch for McDougal to cast herself as some sort of feminist pioneer. Her choice to speak out may be a smart one, but it’s not paving the way for anything other than stricter clauses in future hush-money contracts.

Legally speaking, there’s good news and there’s bad news for Karen McDougal. The bad news is that her contract with AMI is probably enforceable, and she certainly breached it by talking to Ronan Farrow. There are a few arguments McDougal could raise, and while they aren’t likely to prevail, they’ll at least increase the cost of AMI’s litigation. She could argue that the contract wasn’t properly formed, because either she didn’t truly understand the nature of the agreement, or because she was pressured into signing the contract. Such arguments are likely losers – but it doesn’t hurt to try. McDougal could also argue that the scope of the contract is vague, and that “any married man” doesn’t necessarily include Donald Trump. That argument is a little better, but still won’t win, as there seems to be significant evidence that everyone involved knew protecting Trump was the purpose of this agreement.

There is good news, for the former Playmate, though. Breach of contract is not the same thing as commission of a tort. When one person harms another in tort (for example, by defaming, harassing, or assaulting that person), the sky can often be the limit with regard to damages. But with contract law, there’s far less possibility of a courtroom windfall. McDougal’s contract with AMI likely spelled out exactly what AMI’s damages would be if she breached in a “liquidated damages clause”. For all McDougal’s talk of moral epiphanies, it’s far more likely that she made a smart financial choice. If the story is worth more than the liquidated damages clause in the AMI contract, why not sell it?

Law & Crime spoke with Misty Marris – an expert in these kinds of contracts — about the McDougal-AMI agreement. Marris explained:

“The worst case would be that the contract has a “claw back” provision, which would require McDougal to give all but $1 of the $150,000 back to AMI. She would keep the $1 as consideration to keep the contract enforceable. However, that’s the most burdensome – the penalty can actually be much less. The penalty for a breach, which could be something as relatively miniscule as $5,000 may be much less than what she could feasibly be paid to tell her story.”

While Karen McDougal isn’t likely to get the part as Trump’s Victim Du Jour, she is a shoe-in for Smart, Opportunistic Woman Who May Beat An Overconfident Slimeball At His Own Game.