This Week on the ‘Objections’ Podcast: The ‘Sovereign District’ Catches Up to Rudy Giuliani 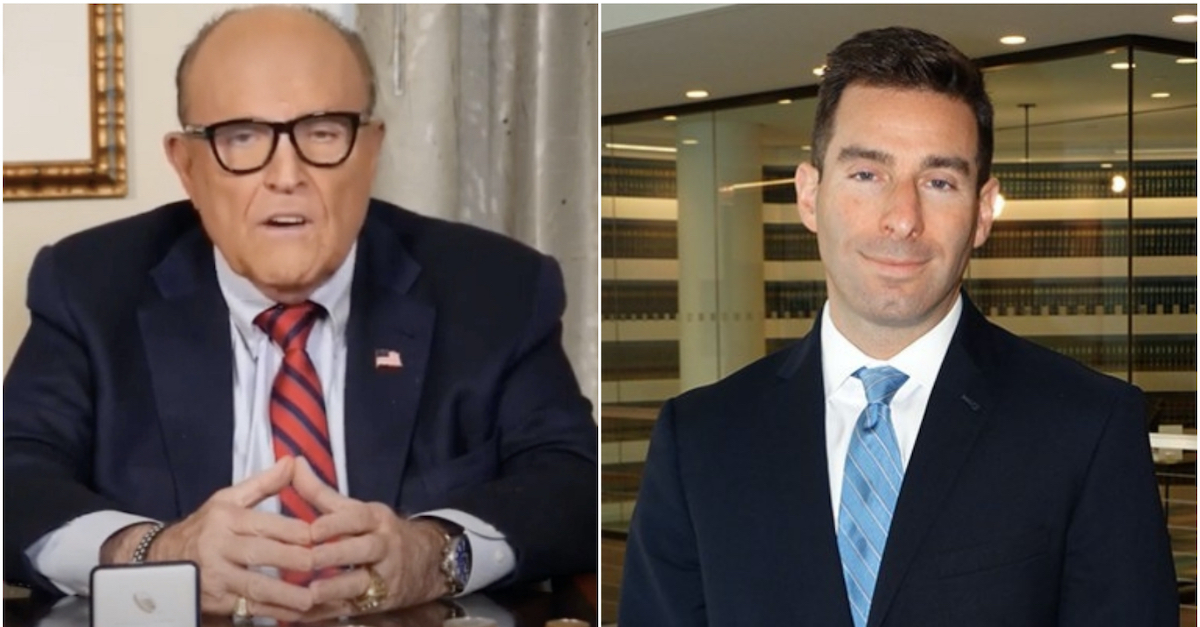 Listen to the full episode on Apple Podcasts, Spotify or wherever else you get your podcasts, and subscribe!

The day that authorities executed a search warrant at his Manhattan apartment, Rudy Giuliani appeared uncharacteristically quiet about the development, but the sometime Donald Trump lawyer and former New York City mayor soon broke that silence in written and televised broadsides against prosecutors.

“Rudy would know as well as anybody that the first piece of advice that any criminal defendant, suspect, subject of a search warrant should take or receive is ‘Shut up,'” CNN’s senior legal analyst Elie Honig told Law&Crime. “Rudy: Not the shutting up type.”

In the latest episode of Law&Crime’s podcast “Objections: With Adam Klasfeld,” Honig charts Giuliani’s trajectory from leader to reported target of the U.S. Attorney’s Office for SDNY, affectionately nicknamed the “Sovereign District” for its history of independence.

Southern District alumni like Honig take pride in prosecutors’ habit there of not taking cues from Main Justice in Washington, D.C., which reportedly tried to block the search warrant during the Trump administration.

Honig noted that the timing of its execution was less than ideal for President Joe Biden, too.

“There is reporting that he was or that the White House maybe not Biden himself was upset that DOJ actually did that Rudy raid […] the same day as Biden’s big speech to Congress and it knocked, speech right off the front lines and a block of cable news, because it was so sensational and unexpected,” Honig said.

Despite Giuliani’s unsupported claims of politics at play, Biden said he was not informed that the search warrant would be executed on the heels of last week’s address to the joint session of Congress.

The execution of the search warrant against Giuliani suggests that federal prosecutors persuaded a judge that there is probable cause to believe that his electronic devices may reveal evidence of a crime. According to the Wall Street Journal, Giuliani and his attorney Robert Costello have considered the possibility of filing a lawsuit to challenge the seizure of the files, citing attorney-client privilege.

If Giuliani does, the maneuver could spark a similar legal drama to the kind the world saw a little more a year ago with Trump’s former fixer Michael Cohen, who told CNN shortly after the raid that he believed Giuliani would turn on Trump “in a heartbeat.”

The New York Times reported that Justice Department officials under ex-Attorney General Bill Barr tried to interfere in both Cohen and Giuliani’s case.

The author of a soon-to-be-released book on Barr titled “Hatchet Man,” Honig argues that the ex-attorney general was “perhaps the most corrupt Attorney General we ever had.”

“Now, what do I mean by that? He, number one, used the DOJ to protect his own allies, Donald Trump’s allies,” Honig noted. “There’s a history of this. It’s not like I’m making this up, right? I mean, Michael Flynn, Roger Stone, the interventions in both of those cases were absolutely unprecedented.”

Less remembered, Honig noted, was Barr’s refusal to open up an investigation on Trump’s Ukraine scandal, which formed the basis of the 45th president’s first impeachment.

“What you need to open an investigation is what we call predication, and it really just means some nugget, some kernel of information in good faith that you can go on,” Honig notes. “They had predication, and then some, to open an investigation and Bill Barr’s position throughout was ‘No, we’re not even going to take a look. We’re not even gonna take a look.'”

According to reports, federal prosecutors are investigating whether Giuliani illegally lobbied the Trump administration on behalf of Ukrainian politicians and oligarchs who were helping his efforts to manufacture political dirt against the Bidens. That campaign also figures prominently in the indictment of Giuliani’s former associates Lev Parnas and Igor Fruman.

Listen to Honig’s analysis about how those cases intersect and what directions the Giuliani investigation may take on the podcast below.