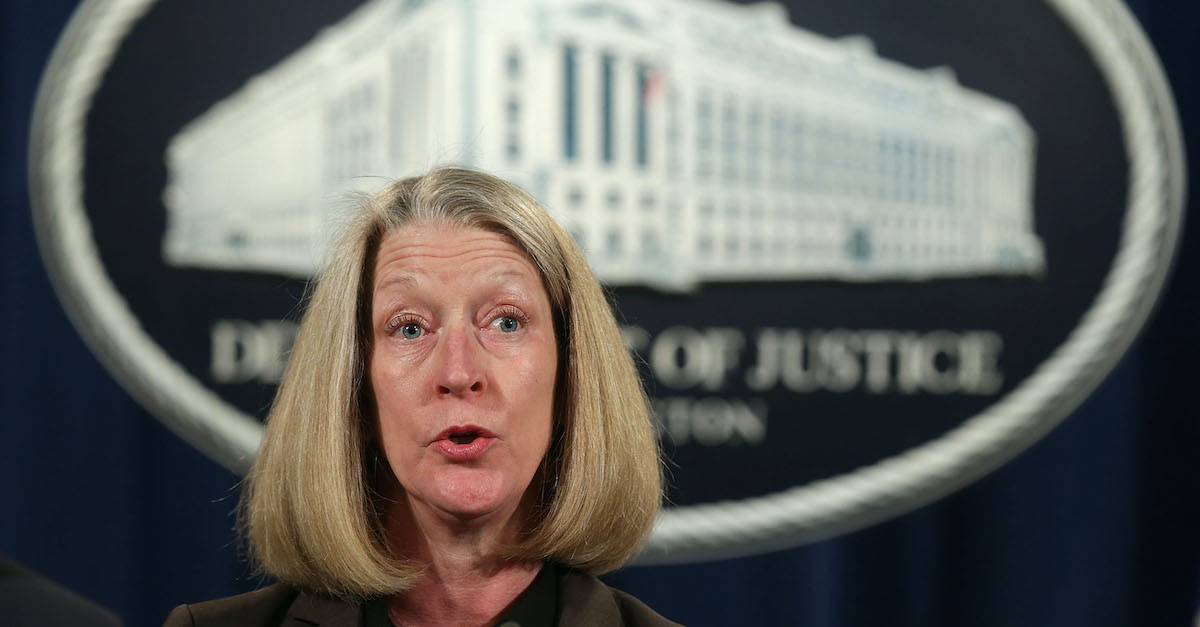 Nearly 1,900 miles away from where leaders of the Oath Keepers have been standing an historic trial for seditious conspiracy in Washington, D.C., a watershed ruling combating so-called militia groups came down in a county courthouse in New Mexico.

On the latest episode of Law&Crime’s podcast Objections: with Adam Klasfeld, McCord details her legal strategy for bringing U.S. domestic extremists to heel — using statutes that have been on the books in most states for decades if not centuries. She views her current labors as a continuation of her work inside the Department of Justice, where she capped off her nearly 20-year tenure with a leadership role on national security.

“This is when a foreign terrorist organization, ISIS, declared a caliphate and was taking up physically taking over territory in Syria and claiming to be its own sovereign state,” McCord reflected, noting that many U.S. citizens traveled abroad to take up that fight.

“The way that those who are adhering to extremist movements recruit — and spread and propagandize and monetize and plot and plan — is very similar to the way we see domestic extremists do similar recruitment,” she noted. “They prey on people’s vulnerabilities, their grievances. They create an ‘us-versus-them.’ You know, let’s blame somebody else for our own problems, whether they’re economic or what-have-you.”

“A Mythology About the Second Amendment”

The U.S. militia movement has its roots in the 1990s, flaring up with the standoff at Ruby Ridge, the Waco siege, and the Oklahoma City bombing. Bomber Timothy McVeigh was associated with the Michigan Militia. Since that time, U.S. paramilitary groups styling themselves as militias have been a fixture of the far-right of U.S. politics, featuring prominently in the Jan. 6th attack on the U.S. Capitol. 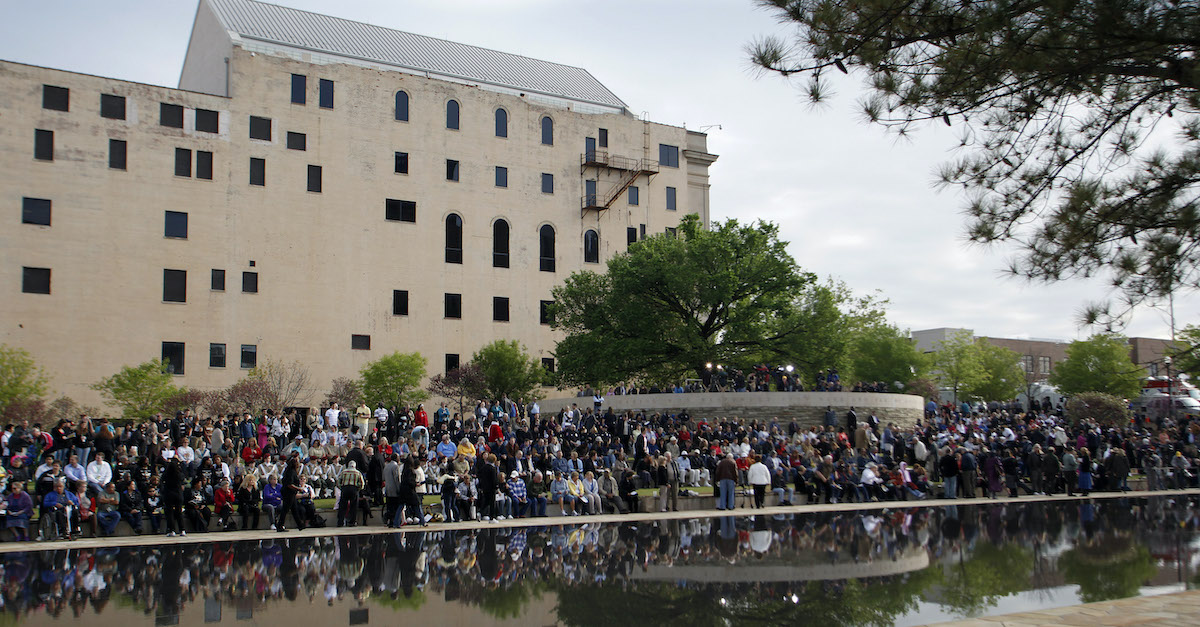 Crowds gather at the base of the Survivor Tree in front of the National Memorial Museum before the 15th anniversary observance ceremony of the Murrah Building bombing April 19, 2010 in Oklahoma City, Oklahoma. (Photo by Brett Deering/Getty Images)

McCord believes that calling such groups “militias” is a misnomer — and that the time has come to treat them as “unauthorized” and “unlawful” paramilitary groups.

“These groups and other real Second Amendment absolutists have been fairly effective, I think in really creating a mythology about the Second Amendment — a mythology by which private militias like them are a bulwark against the tyranny of the government,” she noted. “This is a very insurrectionist view of the Constitution, but it is not consistent with history, the text of the Constitution, or Supreme Court interpretation.”

In fact, McCord says, almost every state has a “strict subordination clause” baked into their constitutions. These place the military below the civilian authority.

In addition to these state constitutional clauses, McCord counted 29 states with criminal anti-militia statutes dating back to the 1800s.

“They provide that bodies of men are prohibited from organizing together as military units or military companies were parading or drilling in public with firearms,” McCord said. “It was one of these statutes that was upheld by the Supreme Court as far back as 1886, when it was challenged as being a violation of the Second Amendment.”

Despite sturdy grounding in state constitutions and law, McCord believes that this area of U.S. jurisprudence has been forgotten by the U.S. public and law enforcement. She is now on a mission to remind them.

“Most people don’t know what’s in their state constitution, including law enforcement,” McCord said. “Many people are not aware of these anti-militia statutes, and it’s just not the bread-and-butter of what law enforcement is used to addressing when they’re reacting to crime in their neighborhoods.”

Her organization, ICAP, began its legal offensive based on these laws with a civil lawsuit filed after the deadly white supremacist “Unite the Right” rally in Charlottesville, Va. in 2017.

“We had used similar state laws and similar legal theories to represent the city and local businesses and residential associations seeking injunctive relief: meaning not money damages, but court orders prohibiting activity in the future against the malicious and white supremacist organizations that engaged in paramilitary activity in the ‘Unite the Right’ rally,” she noted.

The New Mexico lawsuit added a new dimension to this strategy by partnering with the Bernalillo County District Attorney Raúl Torrez. Together with ICAP, the DA’s office brought a civil action against the New Mexico Civil Guard after that group showed up armed at a 2020 protest in Albuquerque, over the removal of a statue of Spanish conquistador Juan de Oñate. 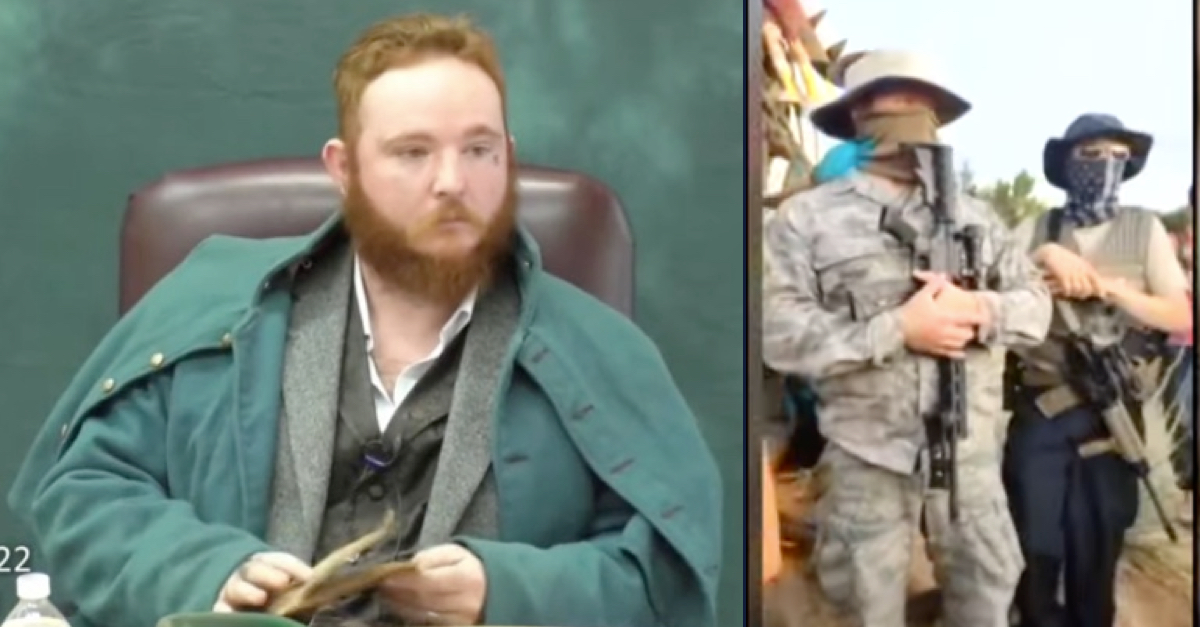 “They went in their full military kits, heavily armed, and assumed law enforcement functions during this protest — ordering people around and projecting authority, armed authority, that they didn’t have to project,” McCord noted. “That tends to heighten the tensions at an event that’s already very fraught, with protesters and counter-protesters, and a person was shot. Now, they weren’t shot by a member of this unlawful militia, but the militia were out there with their guns, which just creates an environment where violence is more likely.”

A county judge barred similar activity by the group and its officers, directors, employees, members in any successor organization.

“So they can’t just change their name tomorrow and start doing this, again,” McCord noted.

Asked whether she envisions replicating this process in other jurisdictions, McCord revealed that she has met with other district attorneys to discuss “these tools and how they might be used.” She also has advocated on Capitol Hill for the passage of similar legislation on a national scale.

“It’s hard to pass anything right now: Congress is so just politically divided,” McCord noted, adding that the legislation that she is proposing “really shouldn’t be political.”

“People in law enforcement, people in the military, who I’ve spoken with are supportive of a […] federal law that would not only make clear criminal prohibitions against this activity, but more importantly, have a civil enforcement an explicit civil enforcement mechanism,” she added.

Listen to McCord’s reflections on her career, her work against U.S. paramilitary groups, and her analysis of the ongoing Oath Keepers seditious conspiracy case in the podcast below.