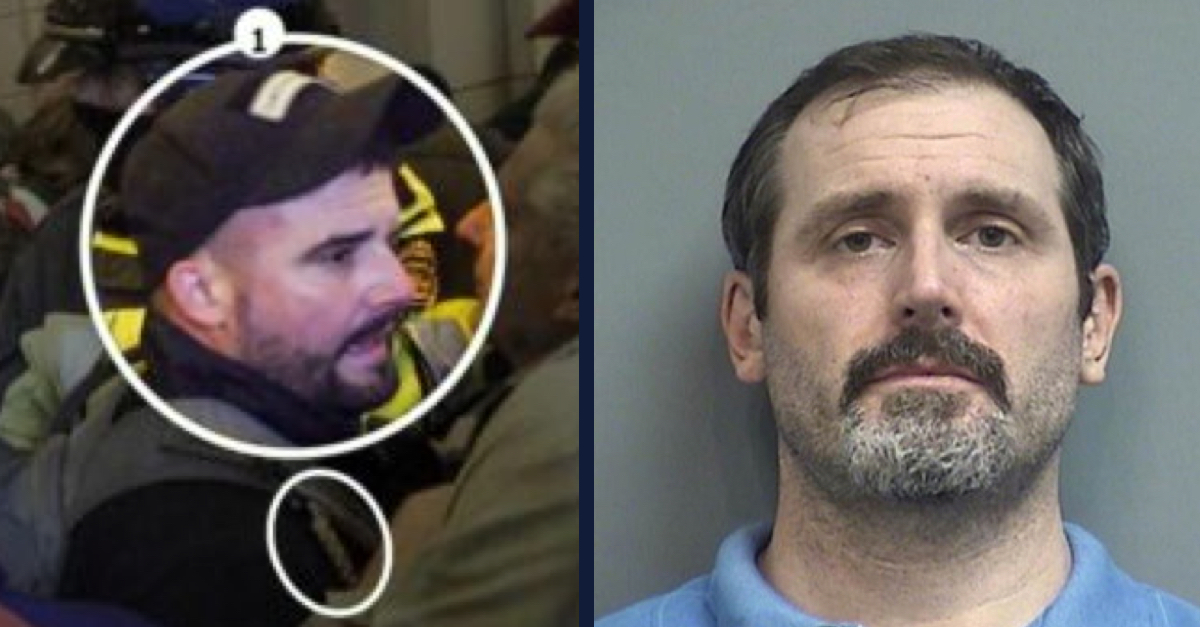 Jurors in the case of five members of the right-wing Oath Keepers militia group charged with seditious conspiracy in the Jan. 6 riots at the U.S. Capitol got their first meaningful look at messages from some of the defendants’ accused co-conspirators who pleaded guilty and have been cooperating with the government.

Joshua James, from Alabama, and Brian Ulrich, from Georgia, are two of 11 defendants facing seditious conspiracy and other charges alongside Oath Keepers founder Stewart Rhodes. Rhodes and four co-defendants — Jessica Watkins, Kenneth Harrelson, Thomas Caldwell, and Kelly Meggs — are currently on trial. The remaining defendants are set to go to trial in November.

They are charged with plotting to forcibly stop president Joe Biden from taking office despite a win against Donald Trump in the 2020 presidential election, going so far as to set up a “Quick Reaction Force” that was prepared to ferry a cache of weapons across the Potomac from a hotel in Virginia to the Capitol.

William Todd Wilson, a third member of the Oath Keepers who is not charged in the Rhodes case, pleaded guilty to seditious conspiracy in May.

On Wednesday, during the testimony of FBI Special Agent Joanna Abrams, prosecutor Alexandra Hughes shared messages and records that appeared to depict James’ and Ulrich’s roles in the alleged conspiracy.

In another Signal chat group, this one called “GA OK General Chat,” Rhodes had posted on Dec. 14, 2020, his hope that Trump would invoke the Insurrection Act. Ulrich, under the handle “Bilbo,” posted a series of messages in support of what Rhodes had suggested.

Ulrich called for efforts to get “every patriot marching” to show the government how “powerless” it is.

Rhodes said that was a “good topic for a phone call” — a response Hughes discussed on redirect.

“But at this point does he ask for a phone call?” Hughes pressed.

On Dec. 15, an Oath Keepers member who isn’t part of the case said in the OK GA chat that the group had enough firepower to “overthrow” a “third-world country.” Ulrich responded, asking for more information.

Abrams also reviewed phone logs from James in the months before Jan. 6, 2021. According to the records, James spoke with Michael Green, the Oath Keepers member also known as “Whip” who was apparently the group’s “operations leader” on Jan. 6, twice in December.

He also spoke with Meggs five times toward the end of the month, and with other Oath Keepers leaders in the first few days of January 2021.