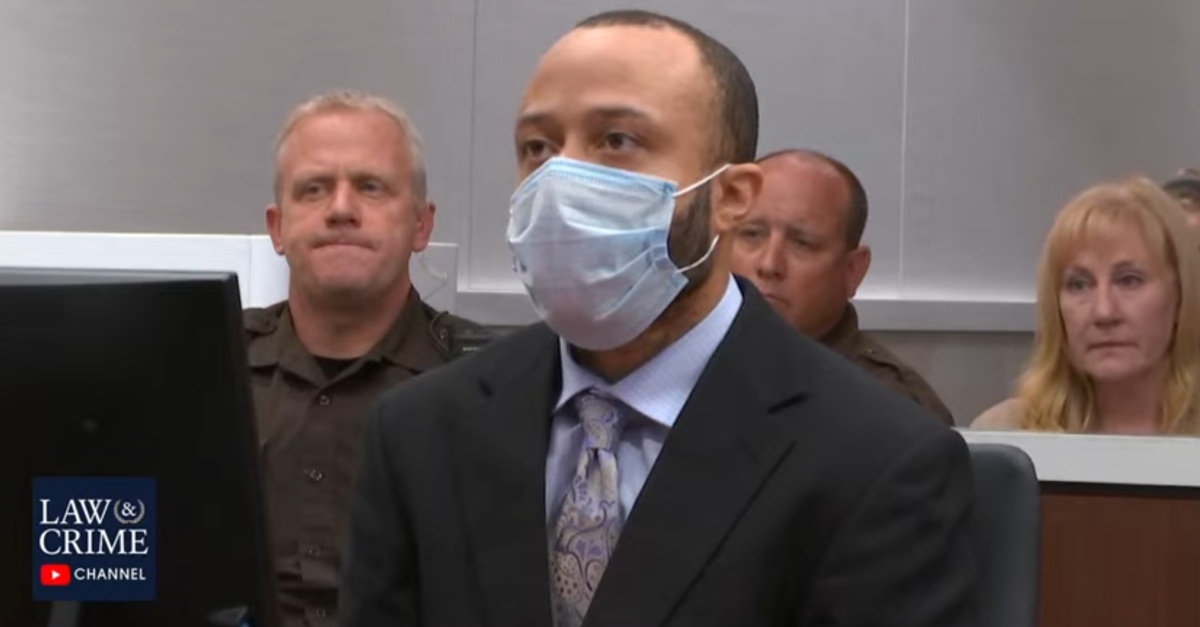 Jurors convicted Darrell Brooks, 40, of first-degree intentional homicide for killing six people at the 2021 Waukesha Christmas parade. They also convicted him of charges including first-degree recklessly endangering safety while using a dangerous weapon, hit and run involving death, and battery.

“Burn in hell, you piece of shit,” a man called out to Brooks during the verdict. Judge Jennifer Dorow kicked him out of court.

“Burn in hell you piece of s***” is yelled at #DarrellBrooks from the gallery. Person is removed. #WaukeshaParade pic.twitter.com/SXYzdzxw3V

In their opening statement and closing argument, prosecutors said that Brooks’ decision to keep driving was evidence he committed an intentional act.

He was going 30 miles an hour, she said.

A witness told the jury in graphic details about Waukesha parade victim Jane Kulich being hit by an SUV. “I watched the body fly up onto the hood, and her head snapped back, and the body remained on the hood as it passed the side of my vehicle,” he said. pic.twitter.com/yrlmoRzgoT

Authorities said Brooks was fleeing because he had just harassed and abused his ex-girlfriend Erika Patterson, and police were inevitably going to get involved.

Brooks, a self-proclaimed “sovereign,” represented himself in court and constantly argued with Dorow before and during trial. He made baseless arguments that he could not be called by his name or that the court lacked proven subject matter jurisdiction to hear his case. In an attempt to prove a point, he called the “state of Wisconsin” to testify, but it could not because it was not a flesh and blood person. Apparently, Brooks was trying to show that he could not be legally held accountable.

Subject matter jurisdiction is a question of whether a particular court has the power to hear a particular case or controversy. That was not a realistic issue in this case. Here, Brooks was tried before a Wisconsin circuit court judge in Waukesha County. The incident in question happened in that county, and state courts are courts of general jurisdiction when it comes to the subject of criminal law.

Despite Dorow’s repeated admonition that no party could argue for jury nullification, Brooks told jurors in his closing that they had this power.

“Hold me in contempt,” Brooks even told Dorow before closings.

She did not, instead letting him deliver his argument with occasional objections from Opper.

Judge: “Mr. Brooks you do understand that your closing arguments have to be based on law and fact, correct?”

In his closing argument, Brooks acknowledged being the driver of the SUV, but he denied driving to hurt anyone. He maintained that honking his horn was evidence of his lack of intent.

“I’ve never heard of someone intentionally trying to hurt someone while attempting to blow their horn,” he said.

He also tried to blame the SUV, suggesting it may have malfunctioned at the time. Brooks cited a purported recall on the vehicle. Opper successfully objected on grounds of facts not in evidence and misstatement of facts.

“I’m happy to say that my conscience is clear,” Brooks asserted in his closing.

Despite the constant friction during trial, he was quiet, even subdued in manner during the lengthy verdict reading. He often kept his head down.

BREAKING: #DarrellBrooks GUILTY on all 76 counts in the #WaukeshaParadeTragedy.
This includes battery against his ex that set off the events that day.

Note: We added the verdicts of the lesser charges, and we also noted more detail from the verdict reading.