Darrell Brooks Tells Waukesha Jury He Was Behind Wheel of SUV that Struck and Killed Paradegoers, Says He Was Honking Horn 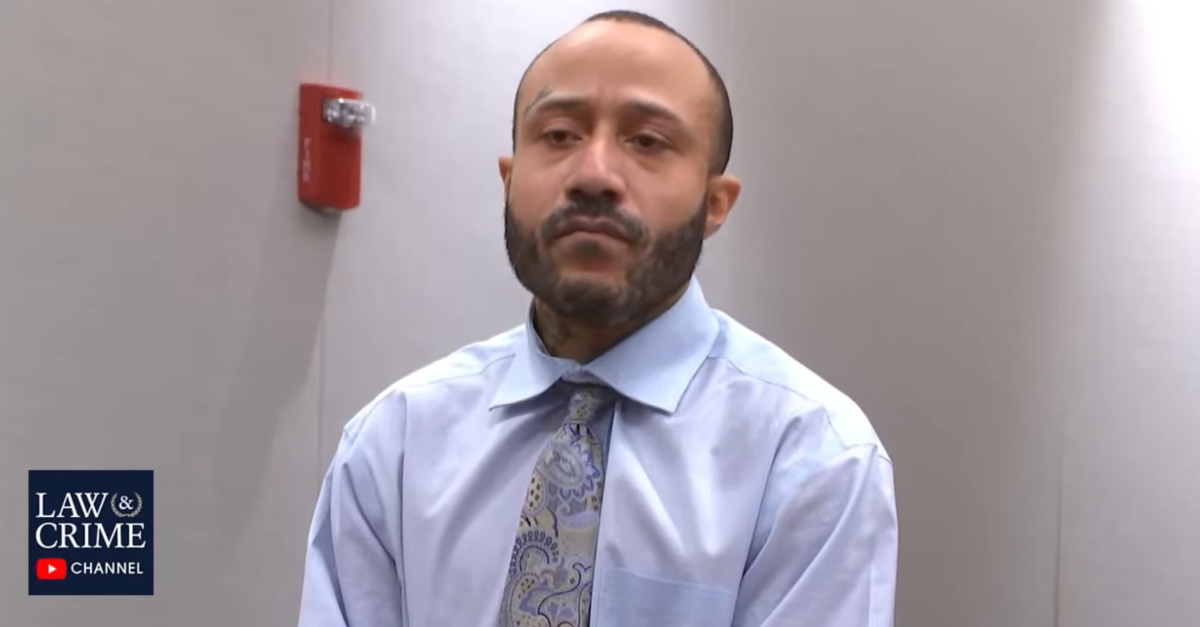 Darrell Brooks, the man charged with murdering six people at a 2021 Christmas parade in Waukesha, Wisconsin, acknowledged on Tuesday that he was the driver behind wheel of the Ford Escape SUV involved in the deadly incident.

“What you won’t hear me do is argue facts,” the 40-year-old defendant asserted during closing arguments in the case against him, saying he believed that would take away from what should be recognized:  “the tragedy of this event.”

What he did do, however, was assert he did not mean to hurt people by driving through the parade crowd last Nov. 21. Often describing himself in the third person, he said he had no ill intent.

“I’ve never heard of someone intentionally trying to hurt someone while attempting to blow their horn,” he claimed.

Brooks, who prosecutors say had been fleeing after abusing his ex-girlfriend Erika Patterson, said that no one who knew him or spent time with him would think the parade incident was an intentional act.

In her closing argument, Waukesha County District Attorney Susan Opper argued that there is overwhelming evidence the deadly incident was, indeed, an intentional act. For example, Brooks did not stop driving.

Not one person would have been hurt that day if the defendant had just stopped, she said. Brooks drove at 30 miles an hour.

Brooks plowed through 68 different people, even running over children, the prosecutor told the jury.

“When you drive through a parade route and you roll over CHILDREN…your intent is known Mr. Brooks” – D.A. Opper says in her rebuttal closing. #DarrellBrooks #WaukeshaParade pic.twitter.com/ODQTd6OoGD

She also said that Brooks made “veiled threats” to people after he fled the parade scene on foot and attempted to escape for good.

Brooks suggested in his closing that his SUV was malfunctioning. Opper objected, saying that fact was not in evidence and was a misstatement of the facts that were.

Contrary to Judge Jennifer Dorow’s admonitions to him in court, Brooks told jurors they had the power of nullification.

The judge and the defendant had strenuously argued out of jurors’ eat shots over this tactic. Dorow said that under case law, no party could argue for nullification. Brooks, who has constantly argued with the judge since representing himself in the case, did so anyway.

Subject matter jurisdiction is a question of whether a particular court has the power to hear a particular case or controversy.  That is not a realistic issue in this case.  Here, Brooks is being tried before a Wisconsin circuit court judge in Waukesha County.  The incident in question happened in that county, and state courts are courts of general jurisdiction when it comes to the subject of criminal law.

JURY NULLIFICATION: “The fact that you.. have the POWER..you and you alone decide what is truth and what isn’t truth. You should be informed that you have the power to nullify any law you don’t agree with.”#DarrellBrooks closing argument. #SovereignCitizen #WaukeshaParade pic.twitter.com/bmBs2OAa9L

Speaking at length about his children, the defendant also said that he believed in Jesus Christ.

“That’s how I was raised. That’s what I believe in.”

The case is now in the hands of the jury.