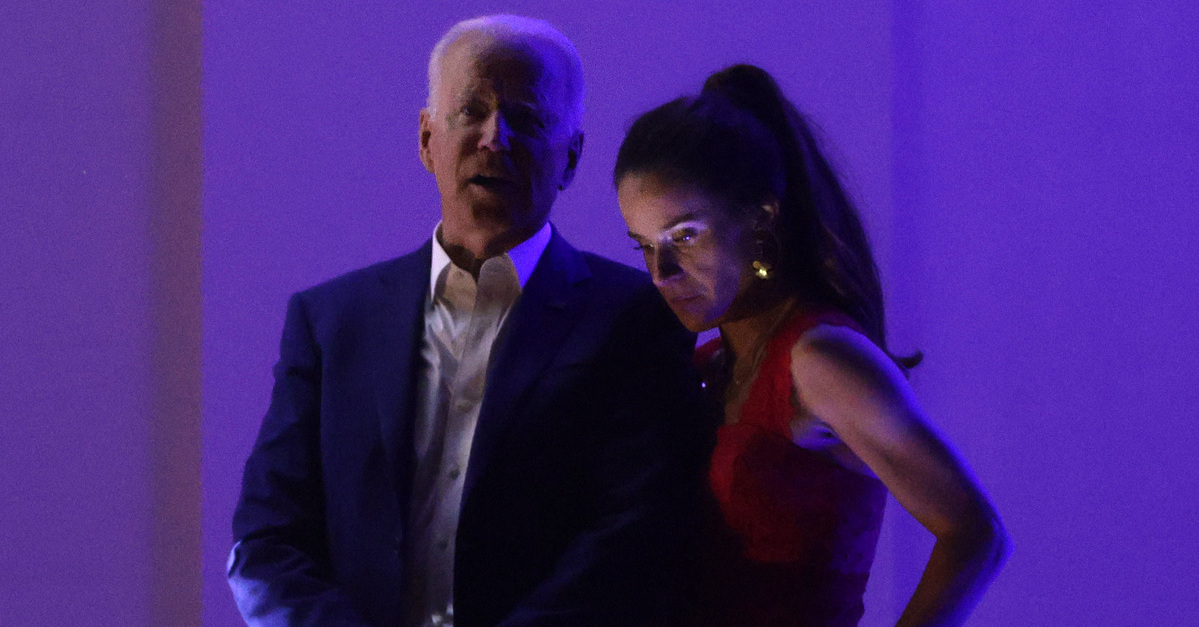 A Florida man and woman pleaded guilty to stealing a diary that belongs to Ashley Biden, the daughter of President Joe Biden, and then selling it to Project Veritas during the 2020 election.

Aimee Harris, 40, and Robert Kurlander, 58, pleaded guilty to conspiracy to commit interstate transportation of stolen property before U.S. Magistrate Judge Sarah L. Cave in the Southern District of New York on Thursday. The conservative media group is based in Westchester County, a suburb of the Big Apple.

The pair will be sentenced by U.S. District Judge Laura Taylor Swain.

“Harris and Kurlander stole personal property from an immediate family member of a candidate for national political office,” Manhattan U.S. Attorney Damian Williams said. “They sold the property to an organization in New York for $40,000 and even returned to take more of the victim’s property when asked to do so. Harris and Kurlander sought to profit from their theft of another person’s personal property, and they now stand convicted of a federal felony as a result.”

In a federal criminal information, authorities allege Harris and Kurlander knew “an immediate family member of a then-former government official” was “temporarily residing” and had “stored the property” at a private residence in Delray Beach, Florida. Harris was identified as the actual thief who took the diary and Kurlander was identified as the fencer who would “help her facilitate its sale.”

Following the diary theft, the duo traveled to Manhattan where they allegedly met with “employees of” Project Veritas, explained how they got the diary, and gave it to the controversial group.

But the federal charging document also appears to level allegations against Project Veritas – though the company is not identified by name.

Harris eventually stole Ashley Biden’s belongings once she realized the two shared a mutual friend. This friend previously allowed Ashley Biden to stay at her residence and then, later, store some of her things there. Harris, federal authorities say, knew who Ashley Biden was, and who she was related to, at the time she discovered the soon-to-be-stolen trove.

The plan became a conspiracy in late August 2020, the information says, after Harris contacted Kurlander to tell him about the diary as well as a “digital store card containing private family photographs.” In response to her message, Kurlander texted back that he would help her “make a SHIT TON of money” from selling the items.

But things didn’t go as planned. First, they tried and failed to sell the items at a Florida fundraiser for Trump’s re-election.

“Coming with stuff that neither one of us have seen or spoken about,” Harris texted Kurlander on the day of the pro-Trump fete – a reference to several additional items she had stolen in the meantime. “I can’t wait to show you what Mama has to bring Papa.”

A member of Trump’s campaign, however, shot the purchase down and said they should turn the ill-gotten goods over to the FBI.

The outlet, which often uses hidden cameras to produce sting-style videos of targets, was then provided photographs of Ashley Biden’s property via an encrypted messaging service

“After receiving the photographs, the Organization offered to pay for airfare, hotel, and car service for Harris and Kurlander to transport the property from Florida to New York City,” the court document says.

According to the federal court docket for their combined cases, Harris and Kurlander were both charged, waived formal indictments, and pleaded guilty during initial appearances on Thursday.

Substantially similar minute entries for the proceedings note that both defendants were released on $50,000 personal recognizance bonds after entering allocutions. They will both be subject to pre-trial supervision, including drug testing and treatment, mental health evaluation and treatment. Their travel is restricted to within the continental United States and they are not to have any contact with one another.

As Law&Crime previously reported, Project Veritas was also caught up in the long-running federal investigation. The knock-on effects from the case have been the source of First Amendment-related consternation.

Law&Crime reached out to Project Veritas regarding the allegations in the criminal information.

“Project Veritas’ news gathering was ethical and legal. A journalist’s lawful receipt of material later alleged to be stolen is routine, commonplace, and protected by the First Amendment,” a spokesperson said in response.

The document outlining the charges can be read below: