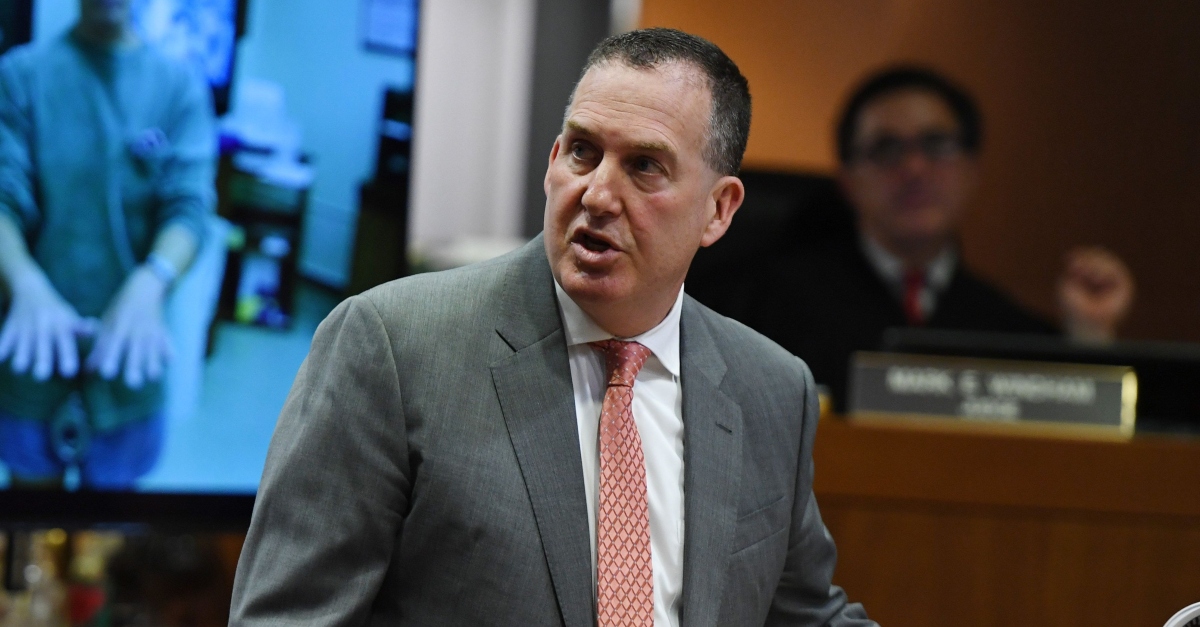 #RobertDurst – Judge denies defense motion for mistrial. DeGuerin says the last 10 mins of Lewin’s opening today was unsworn testimony, that was his basis for a mistsrial.

In a February 26 interview with Law&Crime, Durst attorney David Chesnoff signaled that Lewin’s behavior might be a factor in the case. The prosecutor interviewed the defendant in a New Orleans jail without defense lawyers present in 2015.

Durst stands trial in the 2000 murder of his friend Susan Berman. Authorities say he killed her at her home in Beverly Hills, California after New York state authorities reopened an investigation into the 1982 disappearance of his wife Kathie McCormack Durst.

On Thursday, Lewin told jurors that he worked with a detective, and he spoke about exhuming Berman’s body for DNA evidence. The judge chastised the prosecutor after the jury left, and he told him not to insert himself into the case. Chesnoff then asserted that Lewin made himself a witness. The prosecutor argued that he said nothing that the detective won’t testify about. DeGuerin nonetheless called for a mistrial. The judge denied that request, saying the investigator will likely be able to testify about everything Lewin asserted.

Court is off on Friday. The prosecution’s opening statement continues Monday.

Durst is only charged with one murder, but Lewin is trying to argue that the defendant is guilty of three. The prosecution is arguing that the real estate heir killed wife Kathie in 1982, then killed friend Berman in 2000. Durst fled California, and admittedly lived in Galveston, Texas while posing at a mute woman. It was there that he shot and killed neighbor Morris Black, but he asserted it was in self-defense.

#RobertDurst – Lynda Obst will tell the jury that Susan once told her she called Albert Einstein Medical Ctr for Durst and said she was Kathie. Susan did things Bobby wanted her to do. pic.twitter.com/9xC5AN7M81

#RobertDurst – Lewin tells jurors that Durst who everyone including himself says how cheap and tight with money he is, sent Susan Berman a check for $25,000. By Nov. 2000 he had sent her two checks for $25,000 each. (some interpret these to be blackmail money)

#RobertDurst – Lewin says the only evidence that Durst’s version of how Morris Black died comes from Durst. He says physical evidence will show he lied to the Texas jury about how Black died. This brought another defense objection and everyone is in the back room again.

The defendant has never been charged in connection to his wife’s disappearance. He was acquitted in Texas for killing Black, but did plead guilty to cutting up the body, and bail jumping. DeGuerin was an attorney in that latter case.