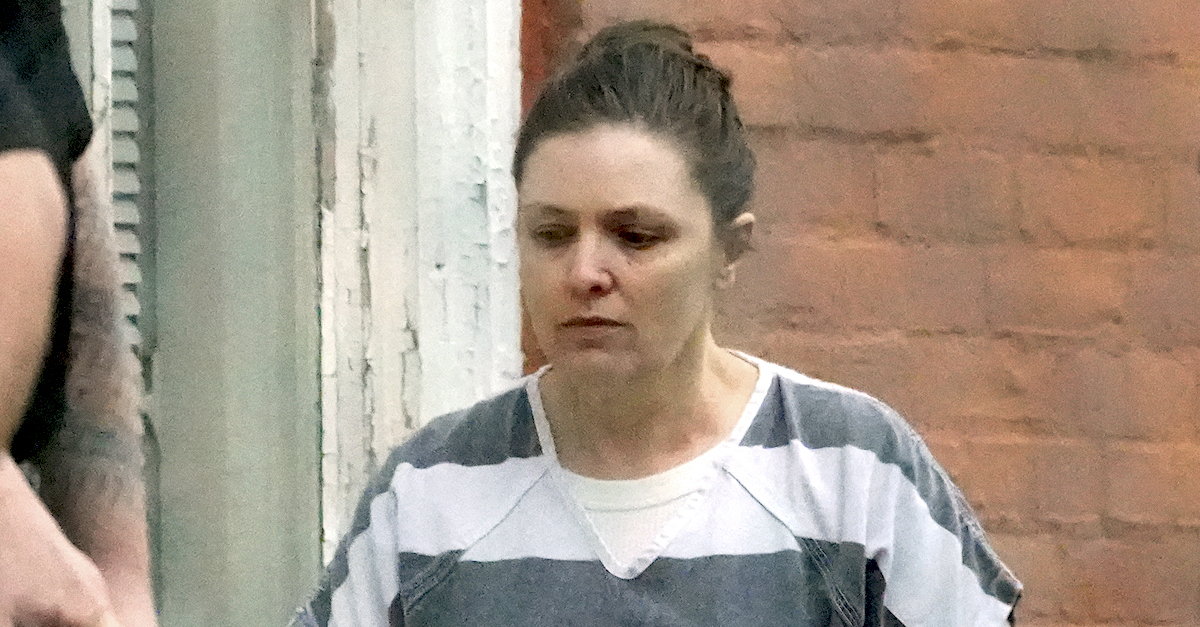 Angela Wagner, 52, took the stand in her oldest son’s murder trial in Pike County, Ohio Tuesday and admitted that she, along with her husband Billy Wagner and her sons George Wagner IV and Jake Wagner, planned and prepared to murder members of the Rhoden and Gilley families in April 2016 because they feared Jake’s daughter with murder victim Hanna May Rhoden would be molested.

“I went to my husband for help,” Angela Wagner told the jury. She added, “We had to protect Sophia.”

Angela said she became concerned in 2015 when Hanna May and Jake broke up and the former started dating other men. Angela said the couple’s daughter, Sophia, spent about half the time at their home on Peterson Road and the other half at the home of Hanna May’s, mother, Dana Rhoden. Angela said she began to notice changes in toddler’s demeanor. Sophia was less than two years old at the time. Angela claimed Sophia started having redness in her genital area that made her suspect she was being molested.

“I was doing a lot of research. Sophie is smart. There was some sort of abuse going on,” Angela said. 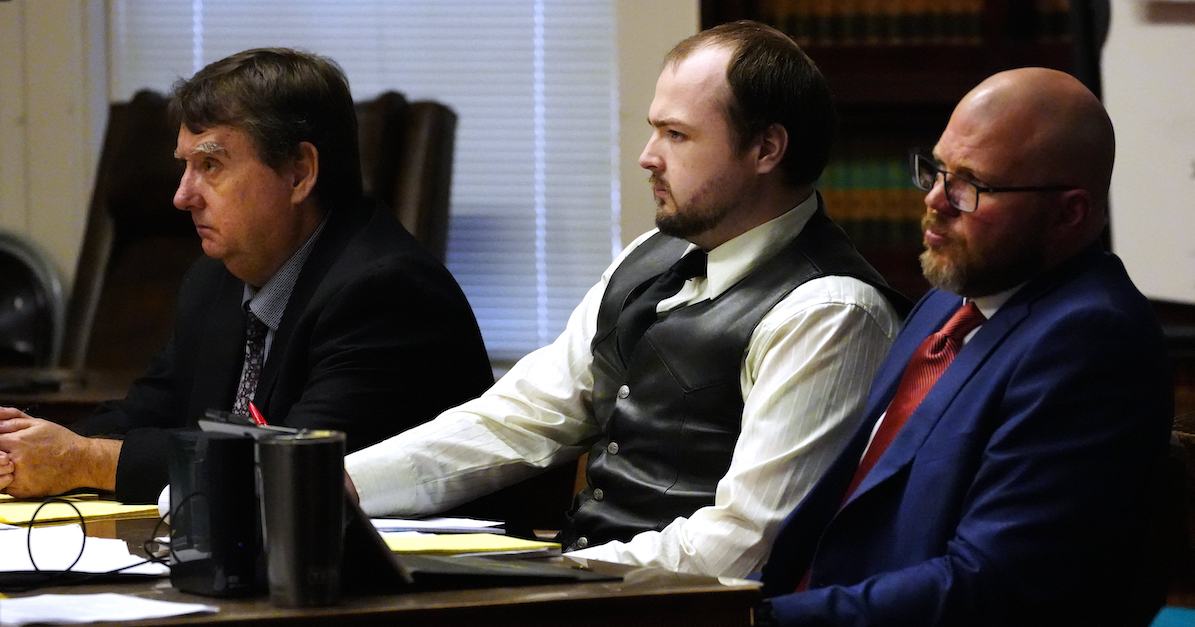 George Wagner IV, 31, looks at his mother, Angela Wagner, 52, as she takes the stand for the prosecution during his trial.

Angela claimed her granddaughter made explicit claims about one of Hanna May’s brothers giving her bubble gum in exchange for allowing him to place items inside of her. Angela conceded she did not report her concerns to law enforcement, nor did she take her granddaughter to the doctor for an examination or file a report with children’s services.

“Once my husband really paid attention he realized something was wrong,” Angela said. “I wasn’t raised to believe in the justice system — and neither was Billy — so George and Jake weren’t, either.” 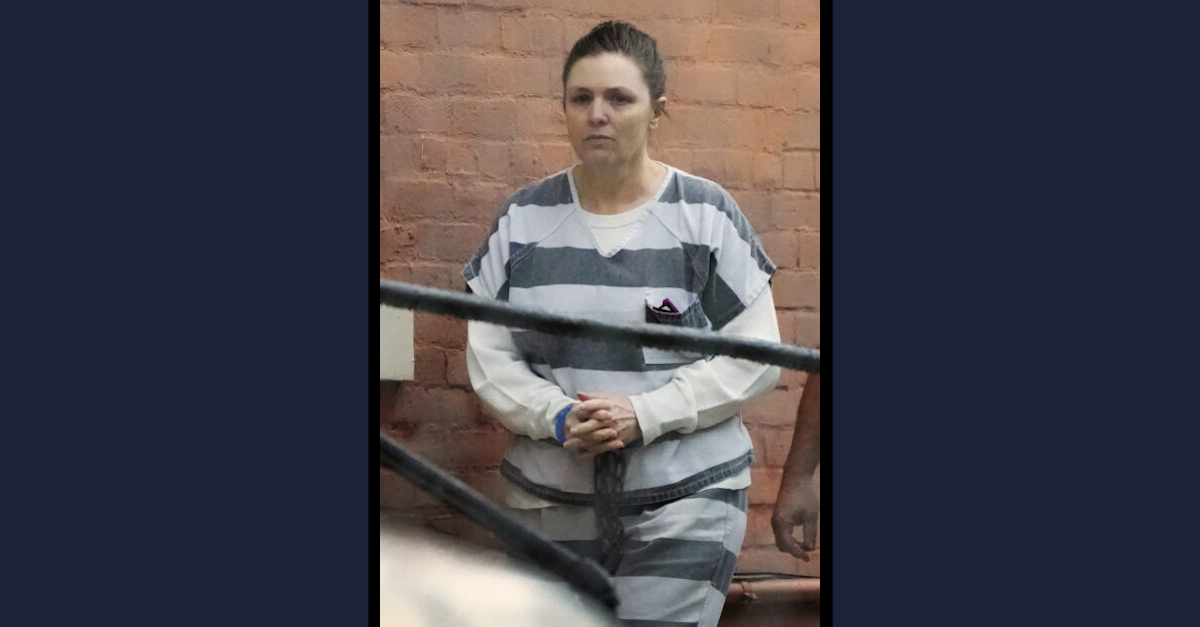 Angela Wagner said she proposed turning Hanna May Rhoden’s father, Chris Rhoden Sr., in to police for a marijuana growing operation because Chris made the decisions in the family. But, she said Billy told her that was not an option.

In December 2015, Angela testified that she found a Facebook message between Hanna May Rhoden and the mother of George’s ex-wife, Tess Ruggles, in which Hanna May said about custody of Sophia, “I’ll never sign papers. They’ll have to kill me first.” A month later, Angela said Billy spoke to her in the carport of the Peterson Road home and told her they would have to kill Hanna May, her father, Chris Sr., and her brothers Frankie Rhoden and Chris Rhoden Jr. All of them would have to die, Wagner said, because any one of them would come after Jake and kill him and possibly the rest of the Rhoden family.

Angela said Jake and Billy instructed her to buy items to carry out the murders:  Billy told her to buy a signal jammer that would prevent people from calling 911 and a bug detector. Jake, she said, told her to buy gym shoes that were too small for him and George. Special Prosecutor Angie Canepa showed Angela a surveillance photo from a Walmart store that was taken on April 7, 2016 — two weeks before the murders — and a receipt found in her belongings that showed the purchase of two pairs of velcro Athletic Works gym shoes.

“I got those things . . . it just went from there,” Angela testified. 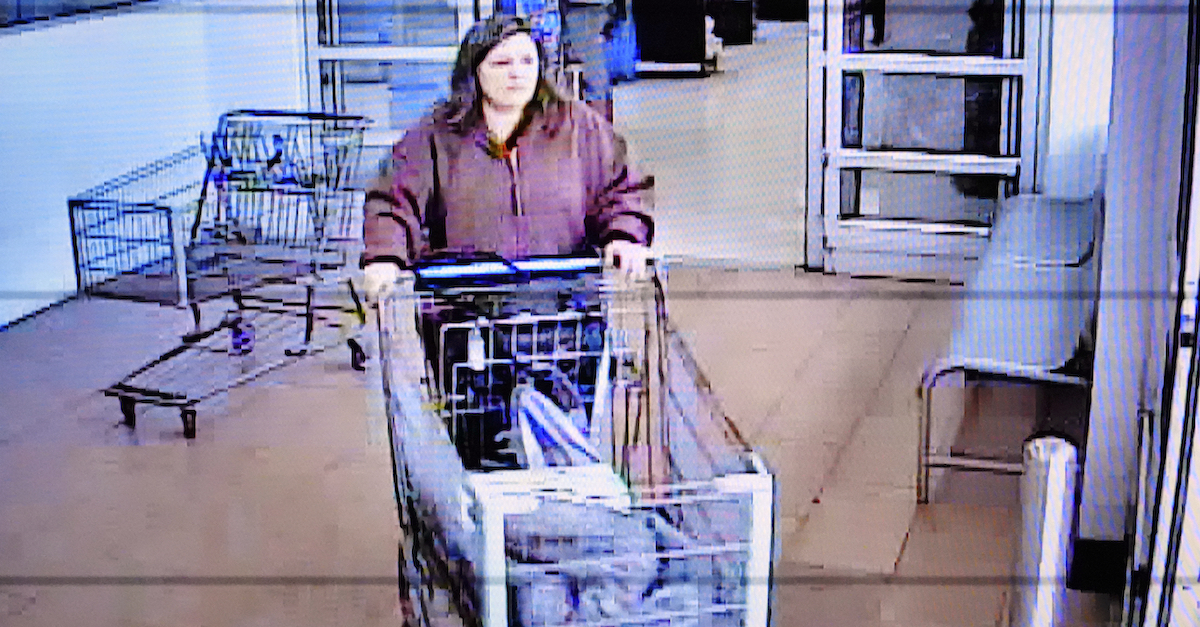 Angela Wagner was captured on a Walmart security camera on April 7, 2016, with shoes she purchased for George Wagner IV and his brother Jake Wagner.

Angela Wagner told the jury that her husband insisted they not speak about the murders before or after they were carried out because he believed the government could listen in to conversations through computers, cell phones, and televisions. So, those conversations took place outside or indoors with noise to muffle the sound of conversations.

To prepare for the possibility that Jake and George might be killed as they committed the crimes, Angela Wagner said she asked the two to sign guardianship documents. In the event of either’s death, the papers granted her custody of Jake and Hanna May’s daughter and George’s son. Those documents were printed 19 days before the murders and were dated — unbeknownst to Angela. She said she forged Hanna May’s signature and back-dated that paper to December 25, 2014. Angela said she also forged the signature of her mother, Rita Jo Newcomb, who was a notary. Angela said she had been a notary and still had her seal so she used that.

Angela testified that she spoke once to Jake and George about the murders beforehand and she claimed they said their hearts weren’t in it. But, they felt they had to protect Sophia. 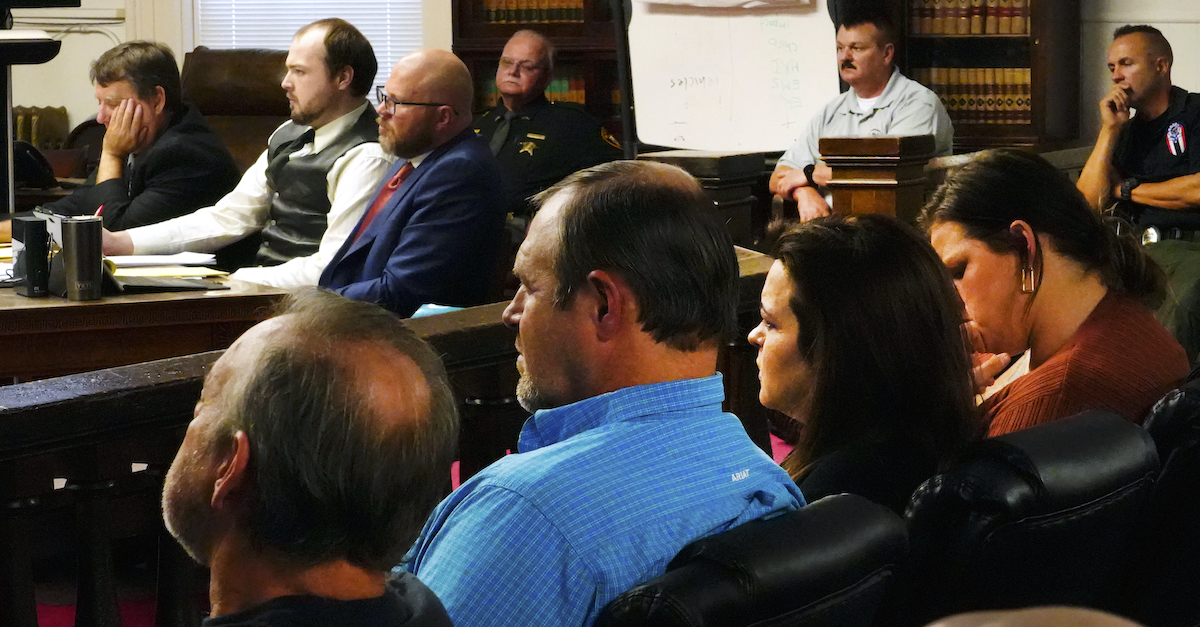 On April 21, 2016, Billy, George and Jake left the home in a pickup truck they’d purchased to use that evening. She said Billy demanded she send text messages from George and Jake’s phones to a man named James Rhoten in Virginia to give them an alibi. Angela said she sent the message but didn’t know which James she sent it to. For years, questions have surrounded a text message that Jake Wagner’s phone sent the night of the murders to the phone of James Manley, victim Dana Rhoden’s brother. 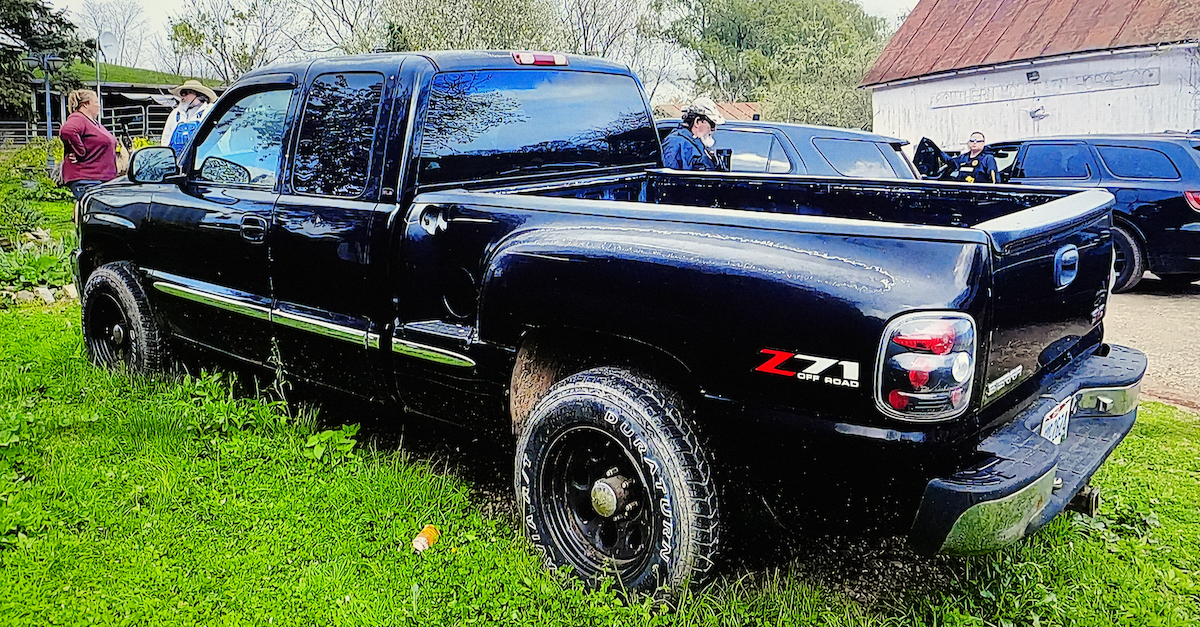 The 2000 GMC truck the Ohio Bureau of Criminal Investigations confiscated on April 21, 2021, after Jake Wagner changed his plea to guilty in the shooting deaths on eight members of the Rhoden family on April 21-22, 2016. He told agents this is the truck he, his brother George Wagner IV, and their dad Billy Wagner used the night of the Pike County Massacre. In testimony last week, Jake referred to the truck as a Chevy.

Angela Wagner said she felt a mix of emotions as her husband and sons left the house to commit the mass murders. She wondered whether she should drive fast and try to stop it, but alas, she said she had to stay home with her son’s children. Wagner claimed she didn’t know specific details of the plan to kill the Rhodens — only that she would stay home with the children. 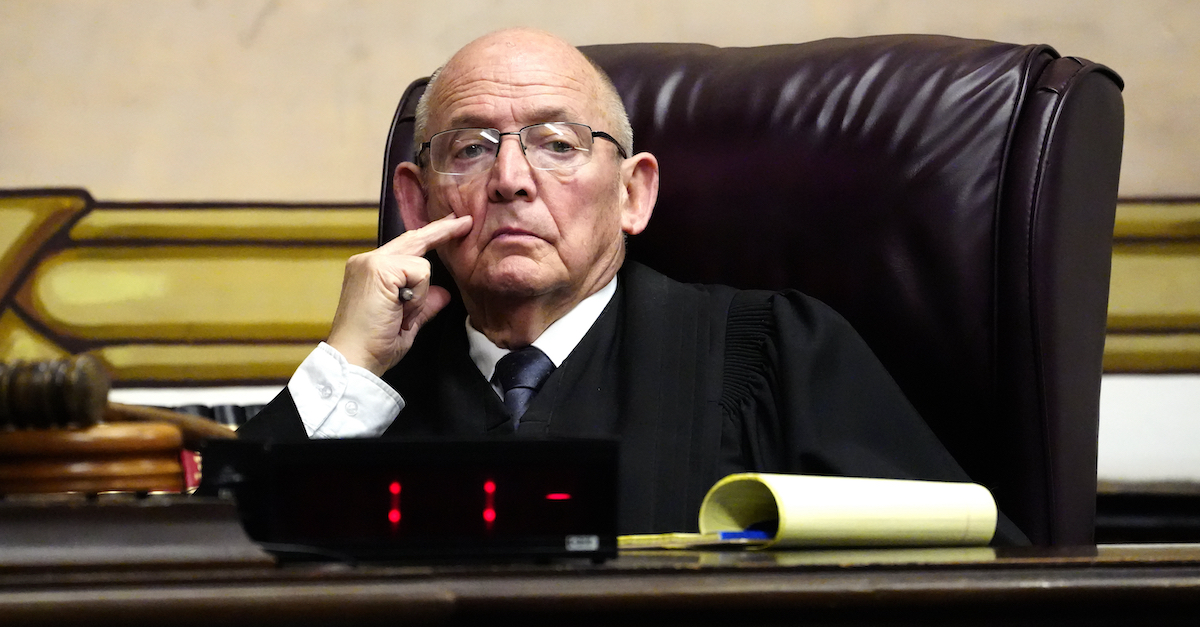 The next morning, after daylight, Angela Wagner said her husband and two sons returned to home. She said she asked Billy what happened.

“Everything is fine,” Billy allegedly said. “I took care of it.”

Angela said she was glad that her husband and sons were not hurt. However, when news came of the murders, she was surprised and asked, “Why? Why so many?”

“Because they were there,” Billy responded, according to Angela’s testimony.

Despite knowing about the plan, Angela claimed she was shocked.

“I didn’t think my husband would go through with it,” Angela Wagner said.

But Billy Wagner insisted they not discuss what had happened with anyone to “make sure no one finds out it’s us.”

Angela said she stayed home with her sons’ children while Billy, George, and Jake attended the funerals of the victims. Jake, she said, took care of telling Sophia that her mother was dead.

“He told her that Mommy went to heaven to be with Jesus,” Angela Wagner recalled. 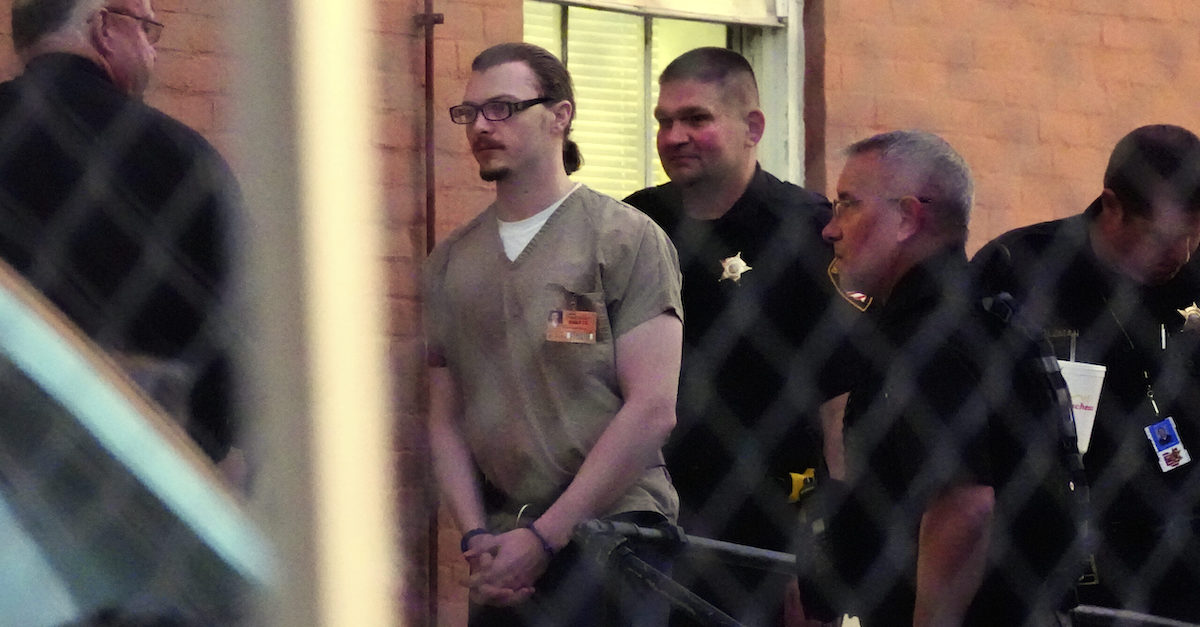 Much of Angela Wagner’s testimony echoed claims made by her son, Jake Wagner, when he testified last week. Angela testified that she and her family intentionally burned down structures to collect insurance money and stole items. Angela said Billy taught both George and Jake “survival skills” which included stealing.

At times, Angela Wagner seemed to forget some details.

Her testimony resumes Wednesday morning. She has “opted out” of being recorded or broadcast under and Ohio rule governing courts that allows witnesses to object to being broadcast. Photographers were able to capture images of her being led into court. 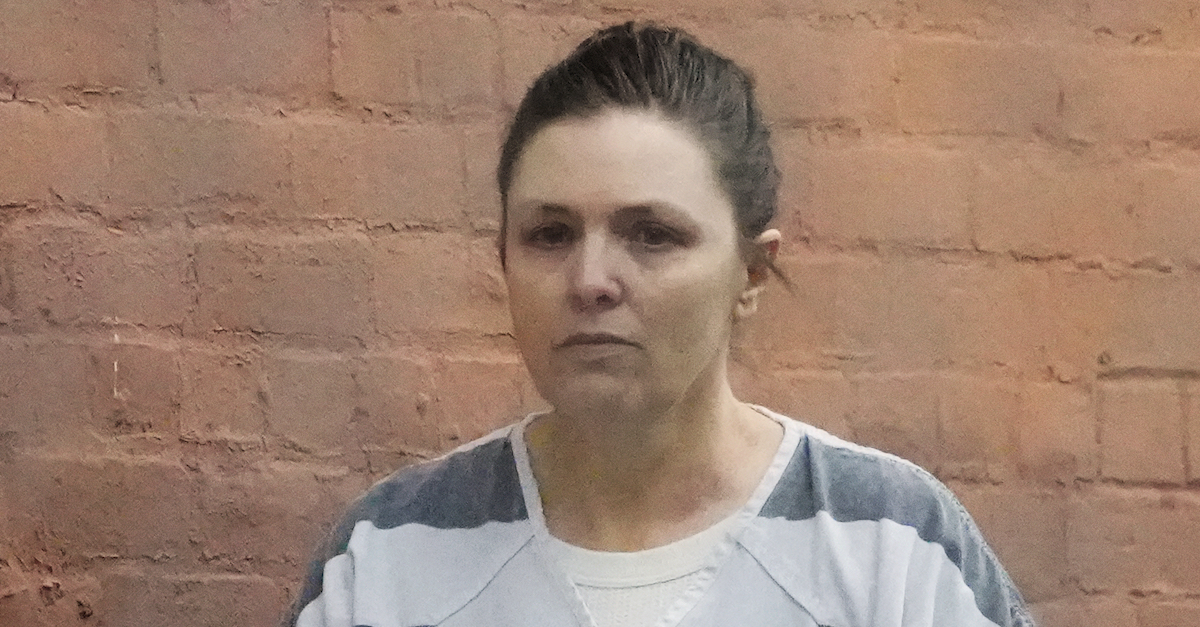 Angela Wagner pleaded guilty last year to conspiring with her husband and two sons to carry out the murders. If she follows through on her plea bargain and testifies truthfully at the trials of her son and husband, she will be released after serving 30 years.

Jake Wagner agreed to testify against his relatives who took their cases to trial in exchange for a deal that took the death penalty off of the table for all of his family members. Prosecutors will determine whether he has “testified to the satisfaction of the state” when determining whether the agreement will be honored. 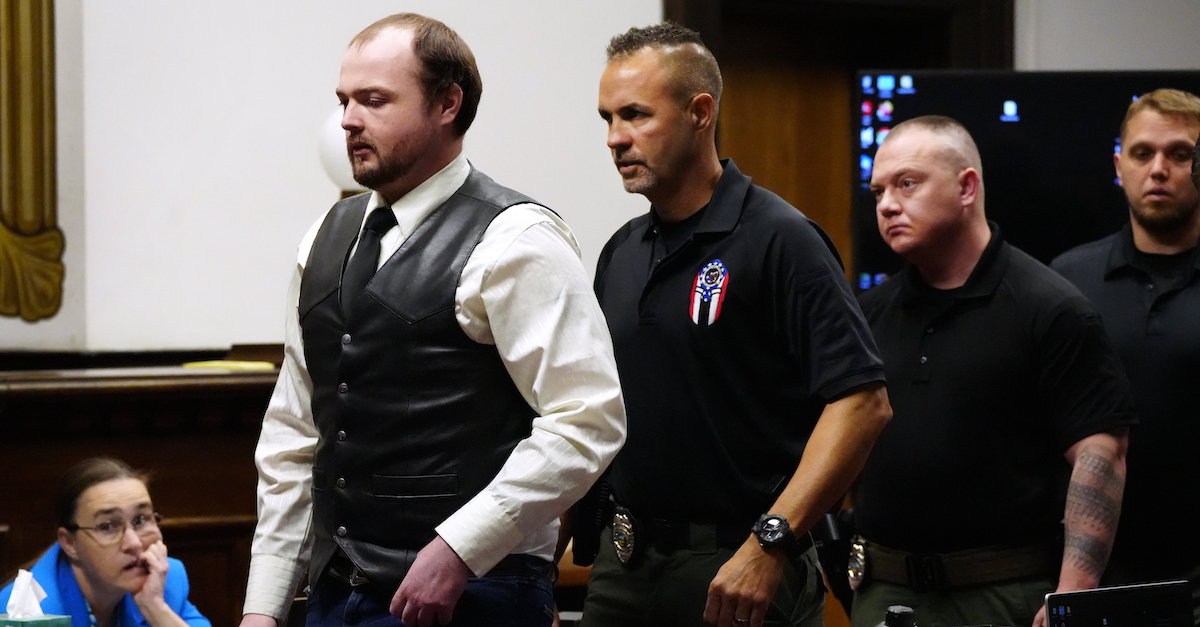 On April 21, 2016, Chris Rhoden Sr., his ex-wife Dana Rhoden, and their children Frankie, Hanna May, and Chris Jr. were murdered. Also shot to death were Chris Sr.’s cousin Gary Rhoden, his brother Kenneth Rhoden, and Frankie’s fiancee Hannah Hazel Gilley. Some were shot as they slept. Others were awake, according to testimony.