‘I Would Have Never Let It Happen’: George Wagner IV Denies Involvement in Pike County Massacre as He Testifies in His Own Defense 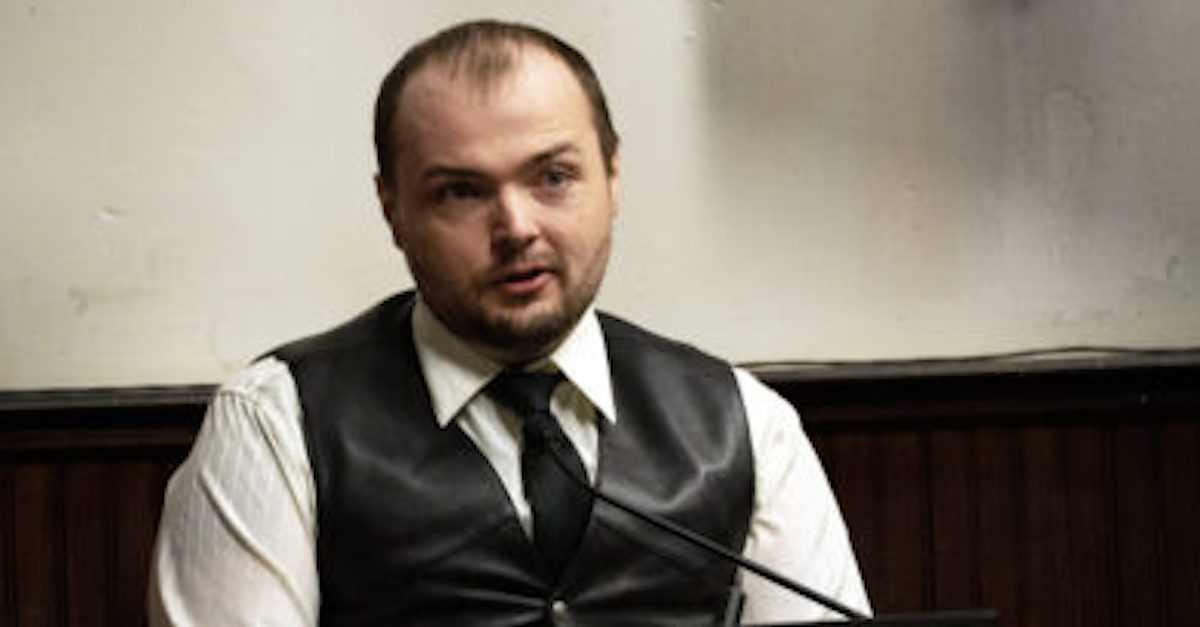 George Wagner IV took the stand in his own defense Wednesday and told a jury in Pike County, Ohio that he did not take part in the conspiracy to murder eight members of the Rhoden and Gilley families in 2016 and even agreed to spy on his younger brother for state agents.

Wagner IV faces 22 charges including eight counts of aggravated murder for the April 2016 deaths of eight members of the Rhoden family and Hannah Hazel Gilley. Prosecutors have said the Wagners murdered the eight people so they could have sole custody of the daughter that George Wagner IV’s younger brother, Jake Wagner, shared with victim Hanna May Rhoden because they feared she could be molested.

George Wagner IV tried to distance himself from his family during his testimony despite the fact that he lived with his mother and younger brother in his mid-20’s. George Wagner IV was raising his young son with the help of his mother. Following the murders, Jake Wagner was raising the daughter he shared with victim Hanna May Rhoden and Angela Wagner acted as a mother to both of her grandchildren. George Wagner IV described a dysfunctional living situation.

“We didn’t get along,” George Wagner IV told the jury. “On a good day, we might get three or four good hours in together and the majority of the month is constant yelling and screaming at each other.”

The description jibes with some of the wiretapped conversations that have been played for the jury in which George Wagner IV can be heard yelling at his younger brother. George Wagner IV also tried to explain some of his behavior on the recordings, saying that when he drove long distances during a trip home from Alaska or while driving a truck cross-country for work, he would often go without sleep and consumed caffeine to stay awake, which made him irritable.

George Wagner IV said that’s what happened in May 2017, after Ohio BCI agents searched the property he and his family had recently sold in Adams County, Ohio. Several BCI agents surprised the Wagners at the U.S.-Canada border in Montana where they were awaiting the family’s arrival to interview them about the homicides. George Wagner IV said he had been driving for two or three days with no help from his family and little sleep as they made the trip back to Ohio from Alaska. Agents interrogated him for hours about shell casings they’d found on the property and shoes purchased from Walmart that were believed to be used in the homicides, he said.

“My understanding of it was they were going to call me a suspect or a witness, whichever they decided, and that they wanted me to  basically spy on my brother,” George Wagner IV told the jury.

George Wagner IV said that he and his family returned from Montana and were unloading their belongings when he asked his brother whether he was involved in the murders.

“He swore up and down he didn’t know who did it and that he didn’t have nothing to do with it,” George Wagner IV recalled. “I had no reason to not believe him.”

George Wagner IV said his brother, mother, and father never told him about the murders or asked him to participate. Parts of his testimony echoed his younger brother’s, where he detailed how their father, George “Billy” Wagner, taught them how to pick locks at a young age and later steal diesel fuel. Jake Wagner was better at picking locks, he said. George Wagner IV said his mother was always along for the thefts from tractor trailers and helped plan the heists. However, he said he stopped stealing around 2014 when he learned it could hurt truck drivers.

“Theft is one thing. Murder is an entirely different thing,” George Wagner IV said. “I never would have believed my family would be capable of doing something of this magnitude.”

He said he found out about the murders on the morning of April 22, 2016 when he was returning home from tearing down a building and his mother called him and told him and his brother to come home. George Wagner IV said the news of the murders was on television when he arrived home.

Wagner disputed some testimony offered by prosecution witnesses including testimony from George Wagner IV’s uncle, Chris Newcomb, who said Jake and George’s favorite movie was “The Boondock Saints.” Prosecutors have claimed the movie about two Irish twin brothers who murdered people in the name of religion to protect the vulnerable influenced the brothers. George Wagner IV said he’d only seen about 10 minutes of the movie and preferred “Across the Great Divide” and “Jeremiah Johnson.” Jake Wagner testified he watched a clip of the “The Boondock Saints 2” to “psych myself up” on the night of the murders.

George Wagner IV said once his brother and mother confessed and agreed to plead guilty to the murders and testify against him, he felt betrayed and confused.

“I thought my brother had gone crazy sitting in jail,” he said. “I just couldn’t believe they were capable of it.”

George Wagner IV denied knowing that his mother bought Velcro gym shoes from Walmart that left shoe prints at two of the crime scenes. He denied going with his brother and father on the evening of April 21, 2016 to carry out the murders or engaging in any activity to cover them up after the fact. He also denied that he owned the SKS rifle his brother cut up and buried in concrete buckets that anchored a goose house they made for their grandfather. A firearms expert testified that gun fired some of the rounds found at one of the crime scenes.