‘I Am’: ‘Pastor’ Jake Wagner Admits Being a ‘Stone-Cold Killer’ in Brother’s Pike County Murder Trial 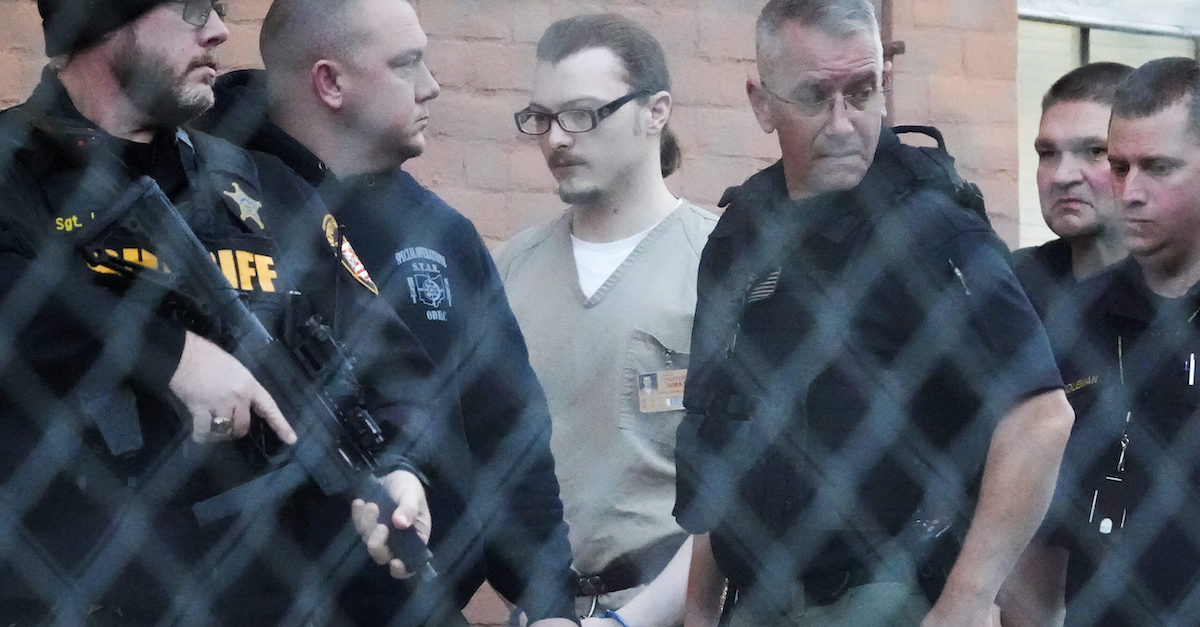 Admitted murderer Jake Wagner is a con artist and a liar who was so afraid of the possibility of being put to death for murdering eight members of the Rhoden and Gilley families that he “sold” prosecutors a story about his older brother tagging along with him and his dad the night of the murders to secure a plea bargain, defense attorneys suggested on cross-examination Friday.

Jake’s testimony wrapped up at the close of the day after hours of questioning by John Patrick Parker, one of the attorneys representing Jake’s older brother, George Wagner IV.  George is accused of conspiring with Jake, his mother Angela Wagner, and his father Billy Wagner to murder Hanna May Rhoden and seven of her family members to prevent the daughter Jake and Hanna May shared from allegedly being molested.

“Yes,” Jake responded with a smile.

In prior testimony, Jake Wagner claimed he confessed to the murders, first to his attorneys in January 2020, because he had received an “answer from God” after his grandmother, Rita Jo Newcomb, pleaded guilty a month earlier to lying about notarizing and signing custody documents related to the case. Prosecutors have sought to frame Jake Wagner as a religious man who pleaded guilty to the crimes because he was repentant.

However, Parker forced Jake to admit that he didn’t want to die and does not consider going to prison for the rest of his life punishment. Jake also admitted that he has problems with his memory when Parker asked him whether he had bragged about selling a pregnant chicken to a woman at an event called Swap Days, where people buy, sell and trade items.

Jake smiled and responded, “I’ve told that story so many times that I don’t know if it actually happened.”

When Parker followed up with questions about his memory, Jake said he has trouble remembering things and gets confused sometimes.

“Sometimes I remember things in pieces that didn’t happen that way,” Jake said.

Jake Wagner said he suffered two head injuries when he was younger. In one incident, a seven-f00t-long steel pole fell over and hit him in the temple. He said he made his way back to his house and couldn’t stop vomiting for a week, couldn’t eat, and had trouble walking. He said his mother called it heat stroke while his father believed it was a concussion. He testified that his parents did not seek medical treatment for him.

In another instance, Jake said he was trying to lasso a tire while riding on the back of a four-wheeler. He was hit in the forehead and blood started gushing from his forehead. His father, he said, often stitched him up with duct tape and electrical tape but in this instance took him to the hospital. Jake said Billy told the doctor, “if you rip that stitch off again, I’ll break your neck.”

Parker asked Jake Wagner a number of questions about the details he provided to prosecutors in a proffer in April 2021. Parker insinuated that special prosecutor Angie Canepa and BCI agent Ryan Scheiderer fed details to that Jake that the latter simply confirmed.

Jake also told Parker that he’s referred to as “Pastor Jake” and “Pastor Wagner” in the Franklin County Jail where he’s been housed since his arrest in November 2018.

Earlier in the day, Parker began his questioning of Jake Wagner by asking him questions about a life of crime Jake lived with his parents which included burning buildings on their property to collect insurance money, stealing trailers full of goods, breaking into vending machines, shoplifting, stealing vehicles and picking locks. Jake said with pride “I was very good” when asked about picking locks, which he learned to do at age 10 or 11. He seemed comfortable providing the details of the family’s nefarious activities on the witness stand.

Jake also said his mother had a successful dog breeding business selling “doodle” dogs. But, as the breed became more popular, it became more difficult to keep up with demand. So, he said the family would go to puppy mills and sell the dogs as pure bred when they were not.

Jake also detailed how his father taught him “survival skills.” Jake said Billy taught him how to steal without being detected but also taught him how to eat substances in the wild such as roots and mushrooms to survive. Billy Wagner was preparing for the apocalypse by stashing food and water in a bread truck he buried in the ground to prepare for the end of the world in 2000 and 2012, Jake said. 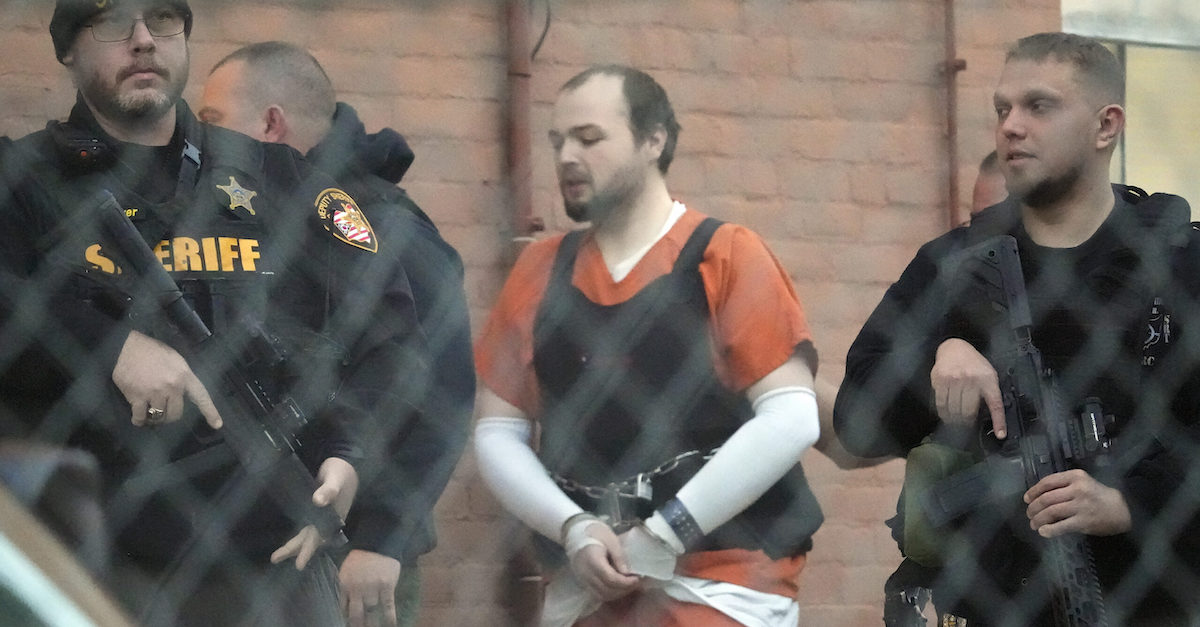 Parker ended the cross-examination by getting Jake to admit, again, that he and his father planned the murders. Jake said George was part of the original plan but that George didn’t want the murders to happen.

“So he went along at the last second to protect you?” Parker asked.

On redirect, prosecutor Canepa asked Jake a series of questions about the family’s crimes and whether George was aware of them. Jake said George knew about the puppy scam, the theft of cattle, and stealing trailers full of goods.

When questioned about his memory, Jake said he can remember events from his childhood. He also said that he remembers George going to Union Hill Road with him the night of the murders and assisting him in building a false bed for the pickup truck they drove that night — with the false bed providing cover.

Jake responded, “I was.”

Parker continued, “you sold your testimony to the state of Ohio to save your life?”

Parker again pushed, “You sold that! You didn’t throw yourself on the mercy of the court with death specifications!”

Jake responded, “That’s one way to look at it.”

After a brief follow-up by Canepa, Judge Randy Deering asked whether there were anymore questions.

Parker responded, “Take him away, Judge — no further questions” and waved his hand dismissively.

George Wagner IV’s attorneys then asked the court to remove the death specifications from his case since Jake Wagner provided testimony in accordance with his plea agreement which includes the elimination of the death penalty for Jake and his family members who choose to go to trial. But prosecutors have said that Jake has to testify to “the satisfaction of the state” for that to happen. It’s not exactly clear what that means. Canepa responded that they would discuss the issue with George’s attorneys but not in a public forum.

Testimony in the trial resumes Monday. Prosecutors plan to present evidence and testimony from a firearms expert, wiretaps from 2018, testimony from world-renowned shoe impression expert William Bodzniak, and from Angela Wagner, Jake and George’s mother.

Angela Wagner pleaded guilty in September 2021 in exchange for a 30-year prison sentence. Billy Wagner’s trial could start next year.