Both sides will show up to court to argue over what kind of evidence mass shooter Nikolas Cruz, 23, will face in his upcoming penalty phase for carrying out the Parkland mass shooting. You can watch in the player above.

Opening statements are scheduled for July 18.

Cruz said he worshipped the devil, and hated God and Jesus, psychologist Dr. Michael Brannon testified in a hearing on Wednesday. He voiced disdain for Black people and said he wanted to Black people at his school in January 2017, the doctor said. Cruz also voiced hatred for groups like Muslim people, Latino people, Asian people, and “antifa,” the doctor said.

Psychologist Dr. Michael Brannon testified that #NikolasCruz had swastika symbols etched onto his AR-15 rifle and boots before executing the Parkland school shooting. Cruz claimed his friend etched the swastika onto the rifle, while he etched the symbol onto his boot. pic.twitter.com/lL7uHS47cn

This was more than a year before Cruz stepped onto the campus of Marjory Stoneman Douglas High School on Feb. 14, 2018 and opened fire with a semiautomatic rifle. He killed 17 people.

He delivered a rambling speech at his change of plea hearing before the court last year:

I am very sorry for what I did, and I have to live with it every day, and that if I were to get a second chance, I would do everything in my power to try to help others, and I am doing this for you, and I do not care if you do not believe me, and I love you, and I know you don’t believe me, but I have to live with this every day, and it brings me nightmares, and I can’t live with myself sometimes, but I try to push through because I know that’s what you guys would want me to do. I hate drugs, and I believe this country would do better if everyone would stop smoking marijuana and doing all these drugs and causing racism and violence out in the streets. I’m sorry, and I can’t even watch TV anymore, and I’m trying my best to maintain my composure, and I just want you to know I’m really sorry, and I hope you give me a chance to try to help others. I believe it’s your decision to decide where I go, whether I live or die, not the jury’s. I believe it’s your decision. I’m sorry. 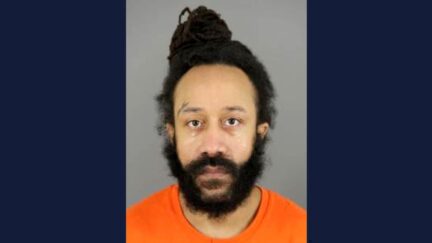