I’m Here to ‘Give Dalton an Alibi’: Co-Worker Says Mollie Tibbetts’ Boyfriend Was with Construction Crew When Victim Disappeared 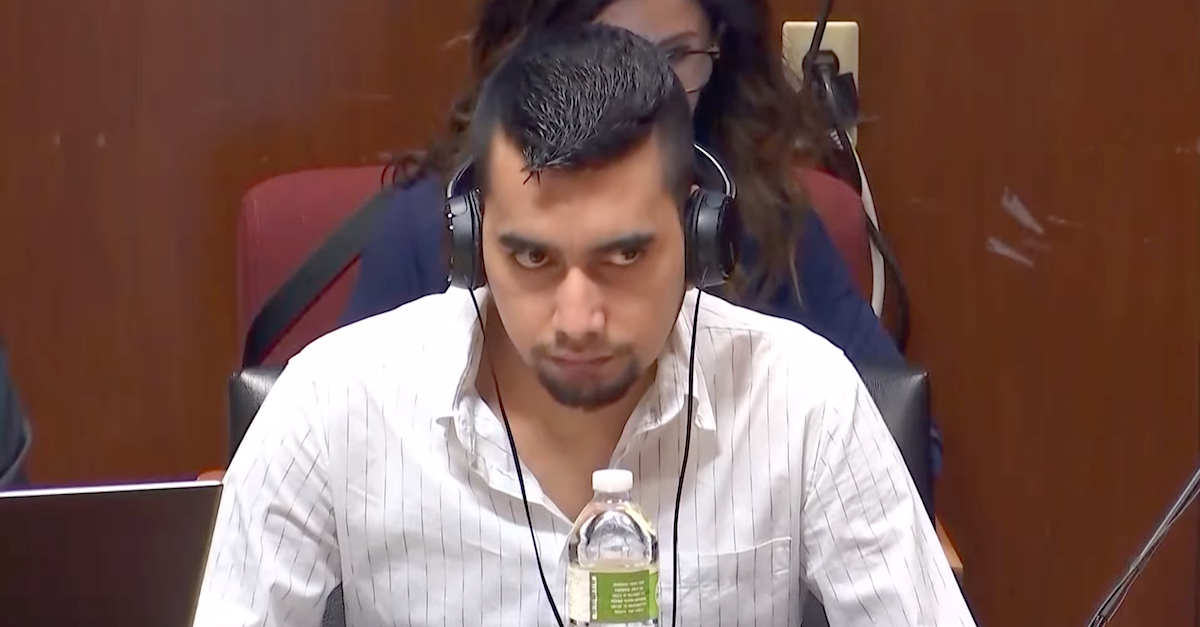 Cristhian Bahena Rivera listens to a state rebuttal witness on May 27, 2021.

Prosecutors called a single rebuttal witness to refute suggestions by defense attorneys that the then-boyfriend of murder victim Mollie Tibbetts played a direct role in her killing.

Tibbetts disappeared on July 18, 2018. Defense attorneys for murder defendant Cristhian Bahena Rivera have insinuated that Dalton Jack cheated on Tibbetts and may have played some role in her killing. Jack has denied any wrongdoing.

Nick Wilson, a manager who supervised Jack at a construction firm, testified Thursday that he had known Jack for about five years. He said Jack started at a job in Amana, Iowa, on Monday, July 16, 2018. On Tuesday, the crew moved to a job on Highway 61 near Dubuque on the Wisconsin border. He said he and his men stayed at Days Inn hotel about 10 minutes from a job site while doing heavy construction work on a highway bridge.

On July 17, 18, and 19, Wilson testified that Jack was in Dubuque working the bridge repair job. Pay sheets filled out by Wilson, as Jack’s manager, indicate that Jack worked 5:30 a.m. to 7:00 p.m. on July 18. Wilson said the crew generally went back to an area hotel, barbecued together, had a few beers, and played a game of “bags” before going to sleep early so as to have adequate rest to start working the next day. He said that routine was followed on July 18 when Tibbetts disappeared. 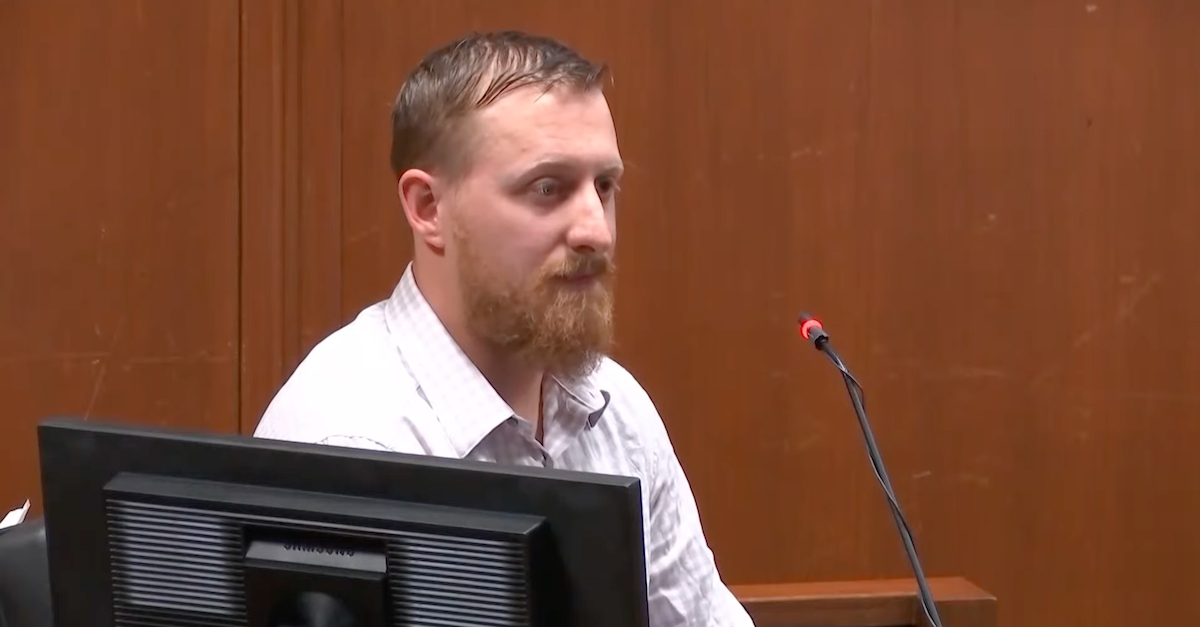 Nick Wilson testifies that Dalton Jack, Mollie Tibbetts’ boyfriend, was with a construction crew near Dubuque the day Tibbetts disappeared.

The next day, Wilson said Jack was present to start work but that rain forced a halt on construction at about 2:00 p.m. The crew went back to the hotel early that day.

Wilson said Jack was distant on the 19th.

“He was acting kind of down, not really speaking with us — you know, the group, and just kind of sad,” Wilson said.

“Later on,” Wilson testified, Jack told him that “he hadn’t spoke to Mollie in 18 hours and he was getting worried.”

“And nobody had heard from her, none of the friends he’d contacted,” Wilson continued. “And he was going to maybe leave that night to go put a missing persons report at the 24-hour mark — and told me he might not be at work the next Friday.”

Wilson testified that he was worried for Jack and agreed to allow him to miss work the next day.

Jack did not report for work on Friday. Wilson said he believed Jack went back to Brooklyn, Iowa, to search for Tibbetts. 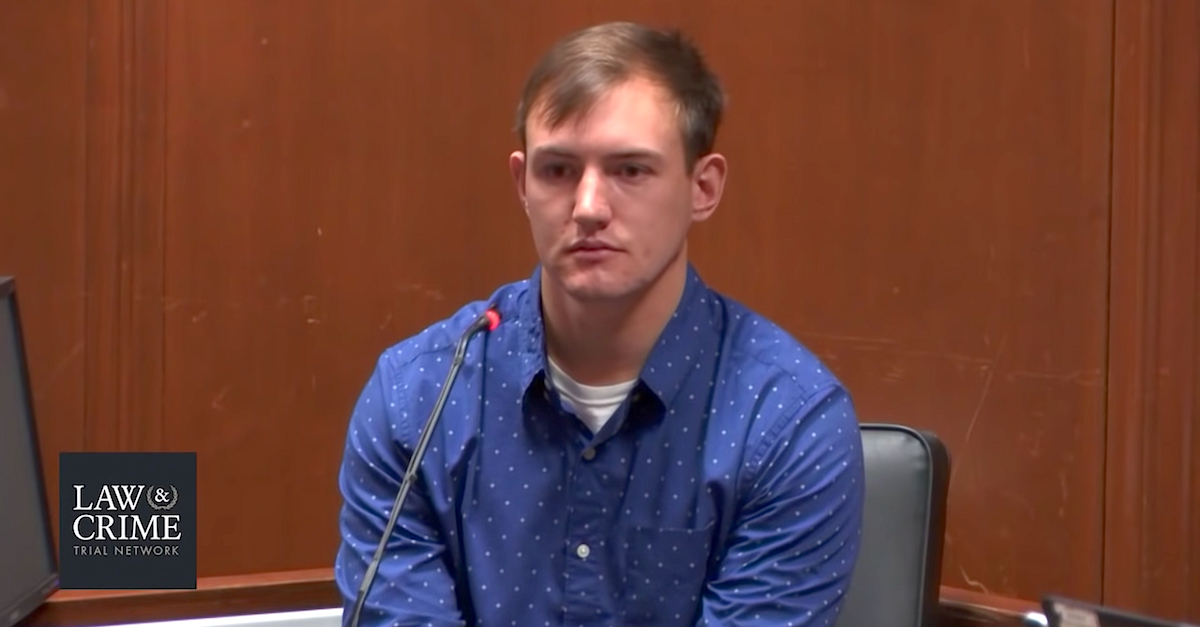 Dalton Jack, Mollie Tibbetts’ boyfriend when she died, testified on May 20, 2021.

The rest of the crew finished the job on Friday. Wilson said he left the work site early to join the search for Tibbetts himself. The drive from the Dubuque area to Brooklyn, Iowa, where Tibbetts disappeared took him about two hours.

Wilson said Jack was known for being on time for work.

The defense challenged Wilson by asking whether he was interviewed by the authorities. Jack said the FBI spoke to him to confirm Jack’s whereabouts.

Wilson said he was contacted “a couple weeks before” the trial “by the sheriff” to “give Dalton [Jack] an alibi.”

He said he was never asked to produce records relevant to the case until recently.

Defense attorney Jennifer Frese asked whether the crew got drunk on Thursday when the work day was cut shot by rain. Wilson said he had someone else drive him to the store on Thursday because he wouldn’t pass a breathalyzer test if he was pulled over. Frese also tried to suggest work crews were drunk on regular workday evenings; Wilson said “no” to those suggestions.

“If Dalton Jack originally said to law enforcement that he showered that night and watched ‘Rush Hour One’ in his room, would you disagree with that statement?”

The judge overruled an objection.

“I do not recall,” Wilson said.

He clarified that apart from yard games and grilling, he did not know exactly what Jack was doing because he was not with him every minute and was not in his room.

Frese said another worker was rooming with Dalton Jack that night and would have been a better alibi witness.

Wilson said he was not aware that Tibbetts and Jack were having troubles with their relationship until he heard that theory during the trial.

The state rested its rebuttal case after Wilson’s testimony. Jury instructions and closing arguments are to follow, the judge said.

Dalton Jack testified earlier in the case on cross-examination that he received a Snapchat message from Tibbetts at around 10:30 p.m. on May 18. He said he didn’t recall telling the police that the last time someone had seen Tibbetts was around 10:30 p.m. the day she disappeared. Authorities believe Tibbetts disappeared earlier.

Jack agreed that he believed Tibbetts was his “true love.”

Defense attorney Chad Frese asked Jack if he previously told authorities he wrapped up work at 6:30 p.m., watched “Rush Hour One,” and went to sleep the day Tibbetts disappeared.

FRESE: “Your testimony today is that you were out with the boys playing games and drinking beers, right?”

Q:  So you told the officers on the 27th of July a different story, right?

Frese showed Jack a police report to refresh his recollection.

Frese later cornered Jack about withholding information from the police:

FRESE: “You also told officers . . . information that you withheld before. Right?”

Q:  And that information that you withheld before was that you’d had a relationship with a woman other than Mollie. Right?

[The judge overruled an objection.]

A:  Her name was Jordyn Lamb.

Q:  And, what’d you tell officers was the reason you withheld that information?

A:  I didn’t deem it necessary.

Q:  You didn’t deem it necessary?

A:  I didn’t think it was pertinent to the case.

Q:  So, you didn’t think it was pertinent to tell law enforcement officers that you having an affair on your ‘true love’ was — was not pertinent to the case?

[The judge sustained an objection from the prosecution.]

Q:  Explain to me what you mean by that?

A:  I was 19 years old; it was the beginning of the relationship and I screwed up one time. Mollie knew about it and we got past it.

Q:  So it was the beginning of the relationship that you, uh, had an affair on Mollie?

Q:  So, give me a time frame as to when you had this affair on Mollie. What date?

A:  I don’t remember the exact dates, but it was not even a year after we started dating.

A:  I don’t remember the exact date.

Q:  Give me an approximate date, please.

Q:  Because the officers talked to you about it, and you, uh, gave them kind of the details into how Mollie learned about this, right?

Q:  Mollie was upset that you cheated on her, right?

Q:  Again, this relationship that you had with Jordyn Lamb, uh — tell us how it evolved.

Q:  You started Snapchatting her, right?

A:  That sounds about right.

A:  Why does anybody do anything that’s wrong?

Q:  I’m asking you that question.

Q: You have no idea why you started sending a woman Snapchats?

Q:  Well, you wanted to get with her, right?

A:  I imagine that would be yes.

Q:  You wanted to strike up a relationship with Jordyn Lamb, didn’t you?

“I told you I didn’t remember the dates,” Jack said.

Frese tried to suggest Jack used Snapchat because the messages disappeared. Jack said it was simply his primary form of communication. 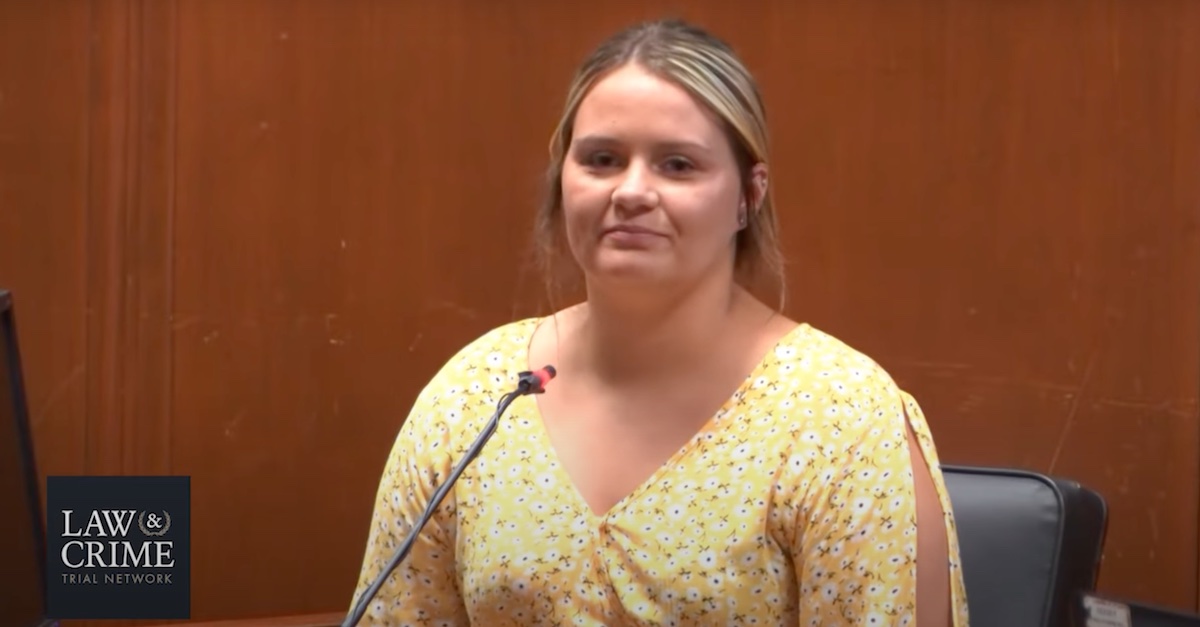 Jordyn Lamb, whose married name is Jordyn Johnson, testifies during the trial.

Frese also suggested that Jack told Lamb she was “the most attractive girl” he’d ever met. Jack said he didn’t recall precisely what he said. Prosecutors objected to additional probing on the matter.

“Were you not telling Jordyn that you were going to break up with Mollie?” Frese asked.

“I also do not recall,” Jack said.

Later, Jack said “Mollie knew” he was having “sexual relations” with Lamb. He testified that Mollie went through his phone when he was asleep one night.

“Was this before or after Jordyn Lamb busted you by telling Mollie?” Frese asked.

Jack said it was around that time.

Frese went on to ask Jack about a “mysterious man” wearing black walking around Brooklyn, Iowa, which Jack said he saw and reported to the police after Tibbetts disappeared.

“I believe that I was mowing the lawn and he just walked by,” Jack said. “He was, uh, tall, wearing baggy pants with a chain.”

“Dressed all in black?” Frese asked.

“If that’s what the report says, then yes,” Jack answered.

Defendant Bahena Rivera testified Wednesday that two unknown men dressed in black — one with a gun, one with a knife — appeared in his living room, presumably through an unlocked door, and forced him to drive to find a “runner” in Brooklyn, Iowa, on May 18, 2018. The man with the knife exited the car, walked down the road, and eventually came back to Rivera’s car while the other man sat in the back with a gun, Rivera testified. He said the men forced him to drive down the road to a location where they put an object in his trunk. He said they told him to drive to the location where Tibbetts’ body was eventually dumped. It was there, he said, that he learned a body was in his trunk. He said he didn’t tell the story to the police because the men identified his daughter and his daughter’s mother and threatened to kill them if he talked.

Authorities say Bahena Rivera confessed during a police interview to approaching Tibbetts because he considered her attractive. He said during the interview that she became enraged and threatened to call the police. He said he “blacked out” what happened after that. The next thing he could recall was driving down the road with Tibbetts’ headphones or ear buds in his car and that her body was in the trunk.

On re-cross by prosecutors, Bahena Rivera was asked if he would “agree you’re the only one who could take police to the body of Mollie Tibbetts?”