A fired Minneapolis police officer gets another chance at a shorter prison stay after a court dismissed his conviction for a third-degree murder charge. Mohamed Noor, 36, is scheduled for a resentencing to begin on Thursday at 9 a.m. CT / 10 a.m. ET for killing 911 caller Justine Ruszczyk (who was also known as Justine Damond). You can watch in the player above.

Justices did not buy it and said the state was either twisting case law or cherry-picking it out of context.

Ruszczyk had called 911 on July 15, 2017, after hearing a woman screaming in an alley behind her home.

Responding officers Noor and his partner Matthew Harrity got scared at the scene. From Harrity’s point of view, there was a “pop” and “flash.” Noor testified there was a “loud bang” on the driver’s side. In this account from the Minnesota Supreme Court, Harrity believed this was possibly an ambush.

From the Minnesota Supreme Court:

Noor testified that as soon as he entered the Code 4, he heard a “loud bang” on the driver’s side. At the same time, someone appeared outside the driver’s-side window. Harrity looked at the figure and screamed, “Oh, Jesus,” and immediately reached for his gun. Noor claimed that Harrity looked at him “with fear in his eyes” and that his gun appeared caught in its holster. Noor observed a blonde woman wearing a pink shirt. Noor testified that she began raising her right arm toward Harrity, so Noor rose from his seat, put his left arm across Harrity’s chest, fired one shot at the woman, and “[t]he threat was gone.” When they got out of the car, Noor realized that he shot an innocent person. Still, he testified that—in the moment—he shot out of concern for Harrity’s life. 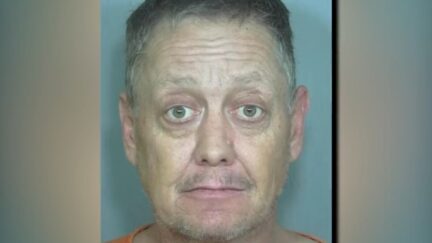