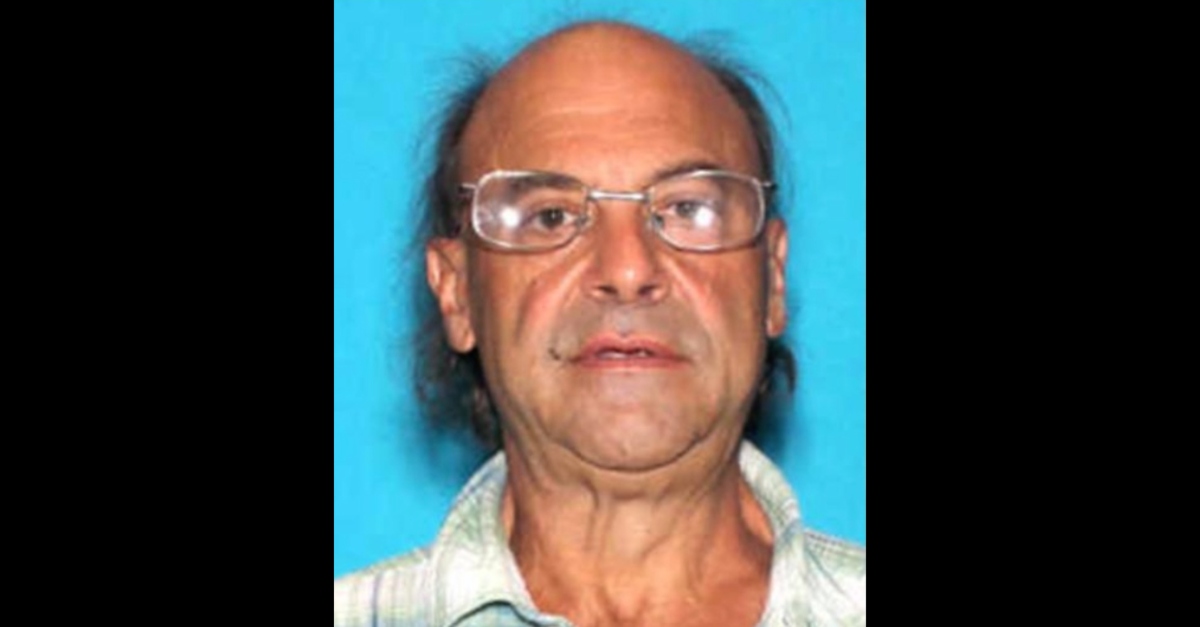 The brutal murder case against a Michigan man recently hit a speed bump. Scott Sterffy, 56, who has an alleged history of mental illness, was found incompetent to stand trial for allegedly killing his father Dr. Thomas Aye, 82, online records show. The hearing was back on Sept. 24 but was only recently reported, first by local outlets. A status hearing is set for Nov. 18.

Sterffy went on the run but was captured after allegedly murdering and dismembering Aye at their home in Portage, Mich., authorities have said. Director of Portage Public Safety Nicholas Armold said some of the victim’s injuries were such that prosecutors sought not just a murder charge but a dismemberment charge as well.

Officials ended up saying that Aye was unrecognizable to his daughter due to major head trauma.

According to officials, one of Aye’s daughters checked on the victim on July 25 when she could not get in touch with him.

“She soon found her dad on the floor and immediately called police and fire, and then when we arrived it was obvious that the doctor had passed,” said Armold. He added that Sterffy was staying at the residence when the murder took place.

Allegations surfaced of a rocky relationship with roots going back decades. Sterffy and Aye had been arguing about money. The defendant asked his father for thousands at a time, according to the doctor’s daughter in documents obtained by FOX affiliate WXMI. Aye said he was going to cut off “the constant flow of money.”

Though Sterffy allegedly lived with his father, authorities say he harbored a resentment for being institutionalized during his 20s at a state hospital. He lived with issues like paranoid schizophrenia and blamed Aye for the institutionalization. Sterffy said he was both sexually and physically assaulted while at the facility, according to the documents as reported by regional newspaper consortium MLive.com. His sister said that she believed he stopped taking his medicine in 2019, officials alleged.

Aye was so fearful of Sterffy that he slept with a baseball beat near his bed, the sister said.

Sterffy denied wrongdoing at his arraignment on Aug. 2.

“I refuse to answer all questions, your honor,” he said. “These are terrible lies. I’ve never mutilated a body in my entire life.”

Watch coverage of the case below via WXMI.