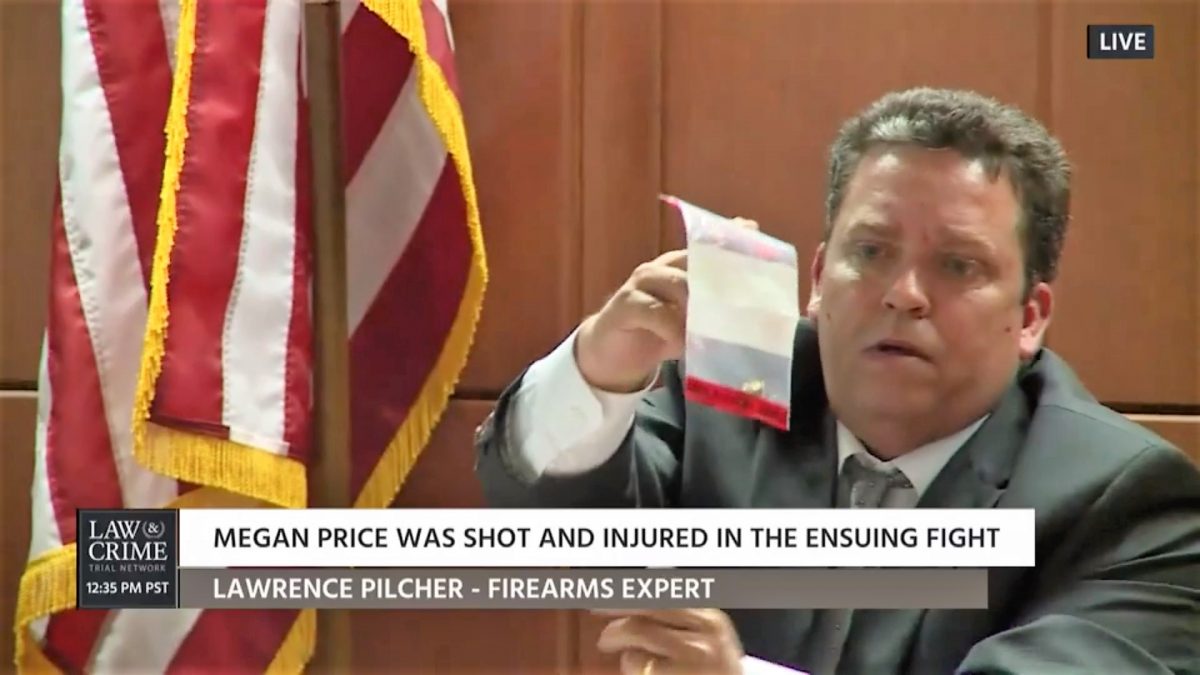 Testimony Wednesday in the Louisville, Kentucky murder trial of two men accused of killing U.S. Marine Cpl. Jonathan Price centered on whether firearms experts can accurately match bullets and shell casing to the gun from which they are fired.

Price, 26, died in the parking lot of an area bar where he and his wife, Megan, had planned to join friends to celebrate Megan’s birthday. While waiting outside, two African-American men approached the couple, demanded money, and tried to aggressively grab Megan Price’s purse. Jonathan Price fought back. In the ensuing scuffle, he was shot in the heart. Megan was shot in the leg. Quinsinio Canada and Dawan Mulazim are charged with committing the crime. Surveillance recordings and cell phone records place them in the area at the time the shots were fired; however, a recording which shows the area of the shooting is not clear enough for any suspects to be identifiable. Megan Price testified that she was not certain the men were her attackers.

Prosecutors say a gun stolen during a hotel room robbery six nights prior to the shooting is the murder weapon. They made the link when a forensic examiner matched firing pin signatures and tool marks from at least one casing recovered from the scene of the attack on Jonathan and Megan Price to the .45 caliber Springfield XDS pistol stolen in the hotel room robbery. Prosecutors theorize that because the bullets are said to have come from the gun, and because Canada and Mulazim were identified as the perpetrators of the hotel room robbery, that both men are guilty of attacking Price.

However, there are several issues with that theory. First, ATF agents recovered the gun, not from the two defendants in this case, but from another man. That man refused to cooperate with authorities when asked where he obtained the weapon. It is possible the gun changed hands several times, or that the man who sold it to the ATF in an undercover buy may have been involved.

Plus, the defense harshly questioned whether the process of linking bullets and casings to guns is accurate. The process involves the comparison of marks on a bullet fired from a gun in a laboratory to marks on a bullet recovered from a crime scene. If the marks match up to the satisfaction of the examiner, the bullets are declared as having come from the same weapon.

The defense questioned firearms expert Lawrence Pilcher about scientific studies which suggest his field of work is in essence a form of junk science. The defense said that Pilcher’s concept that bullets contain “unique markings” when fired from the same gun is not accurate. Pilcher said the scientists who consider the work bogus are basing their opinions on a lack of knowledge. He compared criticism of his field to a doctor who tells a mechanic that the mechanic is doing a bad job repairing cars. The defense questioned whether the error rate of bullet comparisons can be accurately calculated. Pilcher said all of his work is peer-reviewed.

[Image via the Law&Crime Network.]