Verdict is in for Murder Trial of U.S. Marine Cpl. Jonathan Price 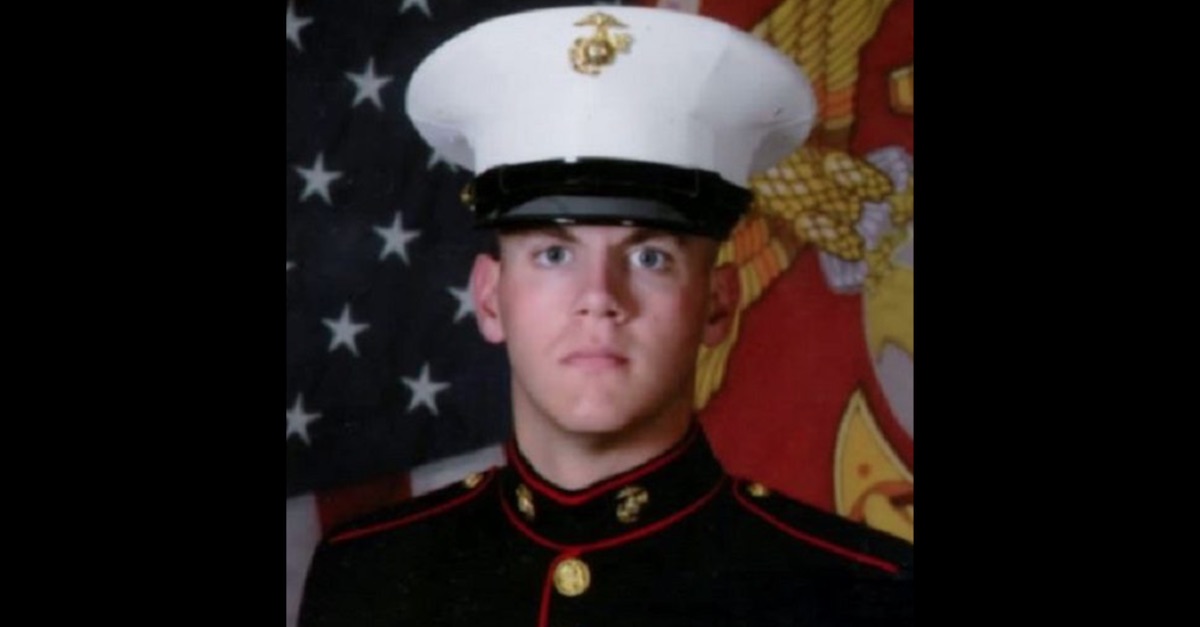 Jurors were divided in the trial of Quincinio Canada and his uncle Dawan Mulazim who were both charged in the shooting death of  U.S. Marine Cpl. Jonathan Price on June 21, 2014. The jury was hung on whether Dawam Mulazin was guilty of murdering Price and assaulting his wife. However, they found Quincinio Canada not guilty of the murder and assault. Both men were found guilty of a robbery several days prior to the shooting.

Prosecutors claimed that the defendants tried to rob him and his wife Megan Price outside the Austin City Saloon in Lexington, Kentucky.  Price tried to fight back when one of them attempted to steal Megan’s purse. It was to no avail–he was shot and killed, and his wife sustained a bullet wound to the leg.

The question in this trial was whether authorities could conclusively pin Canada and Mulazim as the real killers. Jurors were not convinced by the evidence. Assistant Commonwealth’s Attorney Kimberly Baird said in closing arguments on Monday that yes, they had.

“The commonwealth’s case rests on a vague description, a feeling, a gun that doesn’t match the testimony, and a witness who says that all black people look a like,” said Mulazim’s attorney Kim Green.

Canada’s lawyer Chris Taylor called Megan Price’s description of the shooters “vague.” She didn’t identify either of them in a lineup, saying she didn’t want to make a mistake.

Prosecutors linked a shell casing found at the scene to a gun stolen at a robbery at a Quality Inn several days before. They said the weapon, a Springfield XDS, was used to kill Jonathan Price. Megan Price’s testimony excluded this from being the weapon, however, said Taylor. It didn’t match what she saw.

“The longer I look at the photos, number 5 is who I feel robbed me,” he said, according to Green. She picked at this as being too indecisive for a positive identification.

As for Smith, he only narrowed his lineup choice down to two people who he claimed looked most like the man with dreads who robbed him. On the stand, he testified that one guy looked like the individual, but the robber had the second man’s nose. Once again, the defense picked at this shifting answer.

Both defense lawyers pointed out Smith’s Facebook book from the day after the Quality Inn robbery. “This Was Me And and [sic] bro If They All Didn’t Look Alike They Would Be Dead,” he wrote in a post from June 16, 2014. He confirmed on the stand he meant black people, but said, “That was written out of anger.”

The investigators forced the evidence into the conclusion they wanted, the defense argued. In Tracey’s words, every piece of evidence was presented with an “asterisk,” or “caveat.”

Baird defended the integrity of the probe, and the lineups.

She asked rhetorically how did Hansford and Smith pick out the defendants out if they hadn’t seen them before. Baird also defended the testimony of Antoine Woods, who testified that he heard Canada claim to have shot someone.