One Defendant Accused of Murdering U.S. Marine Jonathan Price Has An Alibi 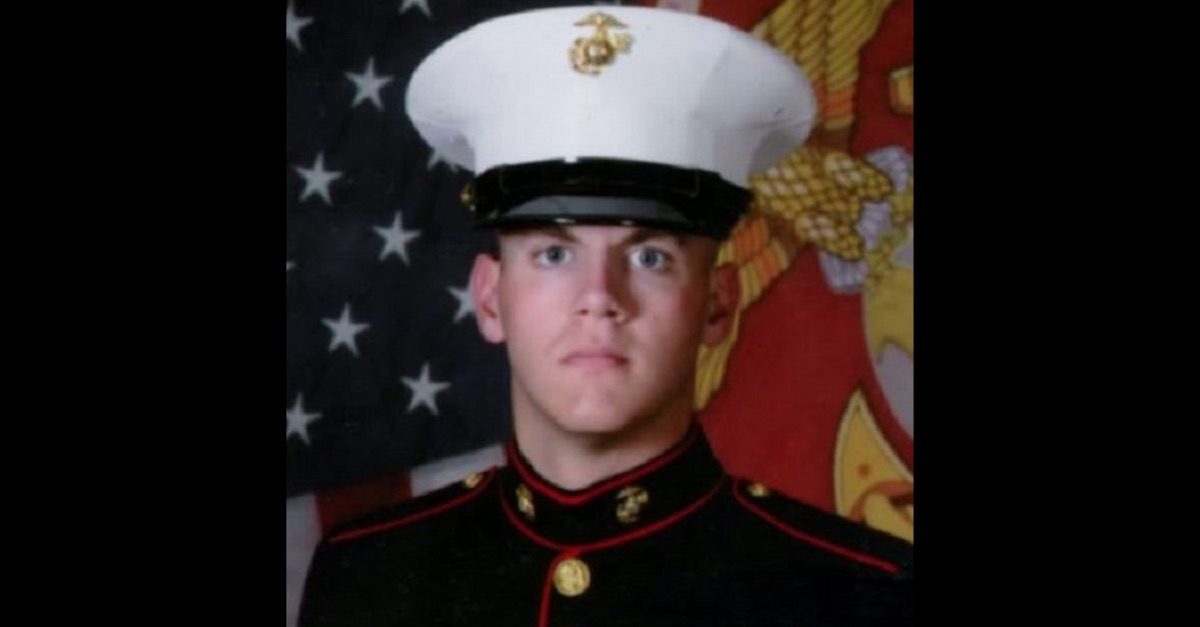 Defense attorneys for one of the two men accused of murdering a U.S. Marine say the defendant has an alibi, and they presented it in court Thursday.

Dawan Mulazim and Quinsinio Canada are accused of murdering Cpl. Jonathan Price in June 2014. Price was waiting for friends to arrive at a Lexington, Kentucky bar when two men approached Price and his wife in the parking lot. The men demanded money and aggressively tried to take wife Megan Price‘s purse. Jonathan Price fought back. He was shot during a brief struggle and was pronounced dead at the hospital, the medical examiner revealed.

The prosecution rested its case Thursday morning. Testimony during the defense case revealed that Mulazim has an alibi witness. Joy Birch said defendant Mulazim came to her house around midnight and took her to a club. She recalled the bartender calling for last rounds, which occurs at 2:00 a.m. She testified she was with Mulazim from midnight to at least 2:00 a.m. on the date of the murder. Megan Price called 911 immediately after the shooting. That call came in around 1:30 a.m.

Birch said Mulazim offered to buy her a drink after last call, so she stayed at the club for a little while after 2 a.m.

Mark Wohlander, a semi-retired lawyer, testified that someone approached him and claimed to have information about Price’s death. He passed the information along to federal prosecutors, but never heard anything back. (County prosecutors are handling the case.) Wohlander did not say what the information is, probably because it would be prevented by hearsay rules.

Prosecutors have tried to link Mulazim and Canada to the Price murder because they were named as suspects in the robbery of a Quality Inn hotel six days earlier. A .45 caliber Springfield XDS was stolen in that robbery. Several witnesses pointed to Mulazim and Canada as the robbers, but one of the witnesses said one of the robber’s noses looked different. The same witness posted racially-charged comments about the appearances of African-Americans on Facebook shortly after the attack. The defense used those comments to suggest the witness was biased. A ballistics expert said the pistol stolen in the hotel robbery was the murder weapon; however, the defense said the science linking the gun to a casing at the murder scene is not conclusive.

Megan Price, who was shot but survived, could not conclusively identify either of her attackers. Thus, prosecutors have undertaken the convoluted task of trying to link Mulazim and Canada to the shooting through the allegedly shaky identifications from the robbery victims and then through the gun and the bullets.

Chris Spencer, another defense witness, testified that he works near the Quality Inn that was robbed, but no one from the police ever asked to review surveillance footage which could have shown the robbers.

Dr. Jeffrey Neuschatz, yet another defense witness, said that witnesses to crimes tend to focus on guns, not people, and that cross-racial identifications are frequently incorrect. In other words, white victims frequently misidentify attackers of other races, which might have occurred here.

Prosecutors have presented evidence that Mulazim and Canada may have been driving a borrowed car which is visible in area surveillance recordings minutes before the murder. Cell phone records also suggest Mulazim and Canada had phones which were communicating with towers near the shooting scene around the time the Prices were attacked. The defense said those records could not pinpoint the phones, and that the phones could have been miles away from the towers with which they were communicating.

Mulazim and Canada could face the death penalty if convicted.