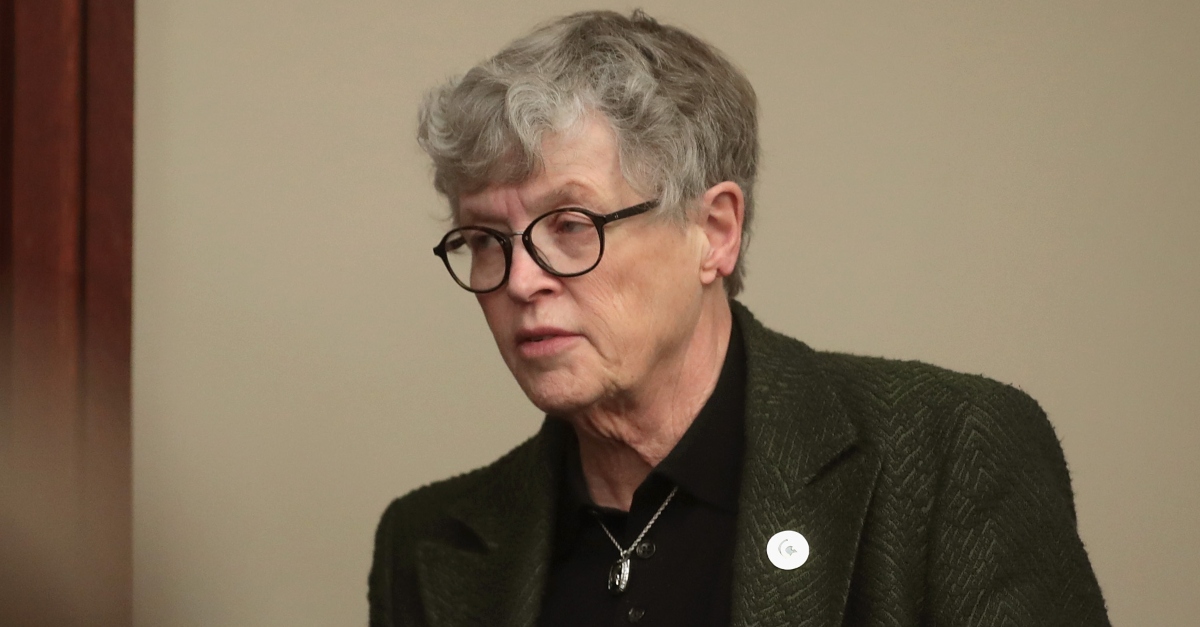 The criminal case against former Michigan State University President Lou Anna Simon has been dismissed. An Eaton County judge on Wednesday determined that prosecutors lacked probable cause to show that she lied to detectives in 2018 about whether she knew about the full extent of the 2014 Title IX investigation against now-disgraced doctor Larry Nassar.

“Although the interview was recorded, there is no evidence on the recording that either detective advised Dr. Simon they were conducting a criminal investigation,” the judge wrote in an opinion. “There is also no evidence in the detectives’ written report that either of them advised Dr. Simon that they were conducting a criminal investigation. The detectives’ memories as to other aspects of the interview, including questions the Attorney General wanted them to ask, were not particularly clear.”

The judge said it was uncertain why investigators would fail to ask “allegedly” pivotal follow-up questions to the defendant: including who told Dr. Simon about the investigation, or clarifying what she meant about its “substance.”

Asked about whether she knew about any prior investigation into Nassar, Simon allegedly told detectives in a 2018 interview that she knew about a “sports medicine doc” under review. She said she was unaware of the “substance of the review,” and the “nature of the complaint.”

Nassar is in a federal prison on child pornography charges, and also pleaded guilty in Michigan courts for sexually abusing patients. The 56-year-old is all but guaranteed to spend the rest of his life in prison. The shortest sentence he received was 60 years. But the case wasn’t just about him. It was about the institutions he worked for, and whether his colleagues at MSU and USA Gymnastics turned a blind eye to allegations.

For example, Former Michigan State University gymnastics coach Kathie Klages was recently convicted for lying to police about whether two teenage gymnasts told her in 2017 that Nassar abused them.

The beginning of the end arrived in 2016 for this disgraced doctor when the IndyStar first wrote about allegations. But developments pre-dated that. Amanda Thomashow had filed the aforementioned Title IX complaint against Nassar in 2014, saying he sexually abused her during what was supposed to be a legitimate medical procedure. The school looked into it, and determined the exam wasn’t sexual. The police investigated, and prosecutors declined to bring charges.

Only a relative handful of allegations were adjudicated in the state cases against Nassar, but over 200 victim impact statements were delivered. Thomashow was one of the speakers. She called the school’s Title IX investigation sloppy.

Just a snippet of Amanda Thomashaw’s testimony. She reported the abuse by Larry Nassar to @michiganstateu in 2014. @detroitnews #Nassar pic.twitter.com/HWdaFdpzxb

According to the new ruling, testimony established that it would’ve been strange for Simon to know specific details about any Title IX investigation, and that there’s no evidence she was told these details.

“No one else testified that they had discussed Dr. Nassar or the substance of the allegations against him with Dr. Simon in 2014,” the judge wrote. “No documents were provided to suggest as much.”

Michigan Attorney General Dana Nessel said Wednesday that they are reviewing their options, but will likely appeal the ruling.

It’s “likely you’ll see an appeal from us,” she says. pic.twitter.com/B339U36qfL