Lori Vallow’s Attorney Disqualified from Representing Her in Murder Case 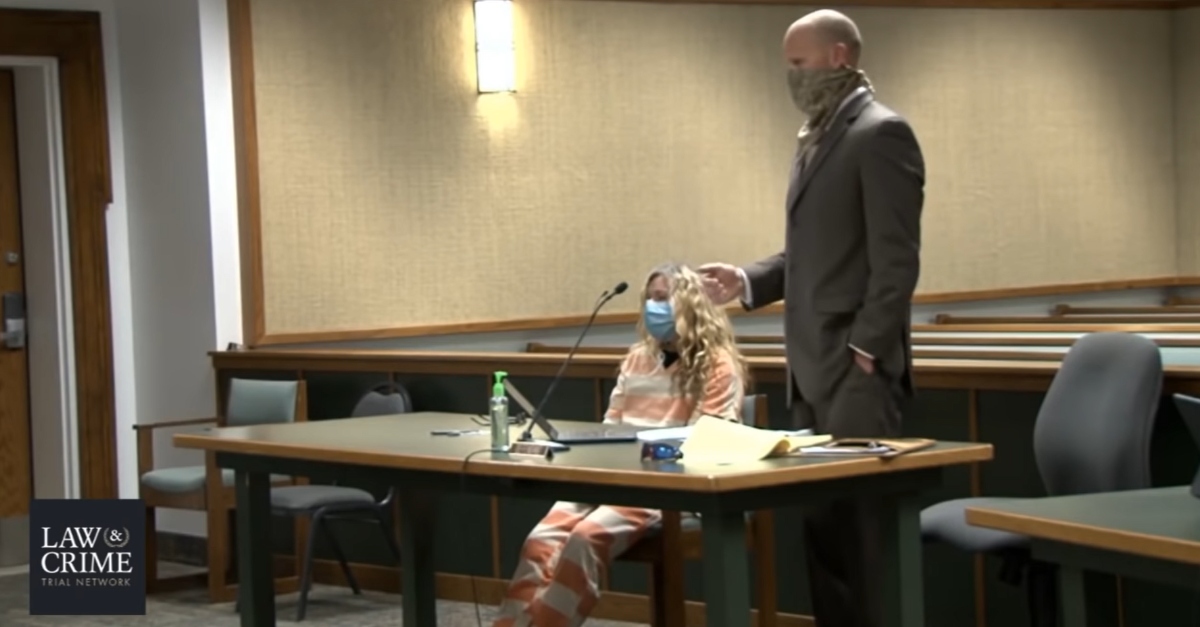 Lori Vallow, and Mark Means in a May 2020 hearing.

A court kicked Lori Vallow Daybell’s private attorney off of her murder case, voicing concerns about a conflict of interest and the lawyer possibly making himself a witness in the case amid the defendant’s current inability to face trial.

Idaho Judge Steven W. Boyce determined attorney Mark Means represented both Daybell, 48, and her husband Chad Daybell, 53, before Chad was arrested and charged for allegedly hiding the bodies of Lori’s children Joshua “JJ” Vallow, 7, and Tylee Ryan, 16. Court documents refer to the defendant as Lori Vallow, so Law&Crime will herein, in part to avoid confusion between her and her husband.

Intensifying matters is that fact that the couple is now charged with murdering both children, with Chad Daybell also accused of killing his previous wife Tammy Daybell, 49. Means is not certified for death penalty cases, Boyce wrote. The judge noted that public defender R. James Archibald, who is qualified for capital cases, was appointed to cover bridge this gap in certification back in August.

“The Court finds an actual conflict,” the court wrote. “Daybell indicated in the Court’s in camera inquiry that he never believed Mr. Means was his attorney. He did however acknowledge that he had previously talked to Mr. Means, and called Mr. Means when the search warrant was executed on Daybell’s property.”

This conversation happened before Daybell’s arrest and charging for allegedly killing his wife Tammy and Vallow’s children.

On top of that, the court has declared Lori Vallow incompetent to face charges, and are currently trying to have her get better for her pending trial. As if that was not enough, the judge said Means potentially made himself a witness in the case by revealing statements that Lori Vallow made to him, potentially under attorney-client privilege.

“Mr. Means has potentially made himself a witness in the case, by filing multiple pleadings in the form of declarations, containing factual assertions of Mr. Means submitted under penalty of perjury,” Boyce wrote. “That unusual manner of practice has further caused the Court to be concerned about the effectiveness of Mr. Means’ representation of Vallow in the case. Also of concern, is a possible intentional or unintentional waiver of Vallow’s attorney-client privilege, where Mr. Means has submitted to the record purported facts from statements Vallow made to Mr. Means under the umbrella of the privilege she enjoys, while she has been deemed incompetent to proceed. This is precisely the situation that ethics rules caution against, where the rules stress that lawyers should avoid becoming witnesses in their clients’ cases.”

Means did not immediately respond to a Law&Crime request for comment. Online records show that he is “inactive” in the murder and conspiracy case out of Fremont County, but “active” in her case for misdemeanor charges in Madison County, regarding Vallow snubbing a court order to turn over her children back when they were considered missing.