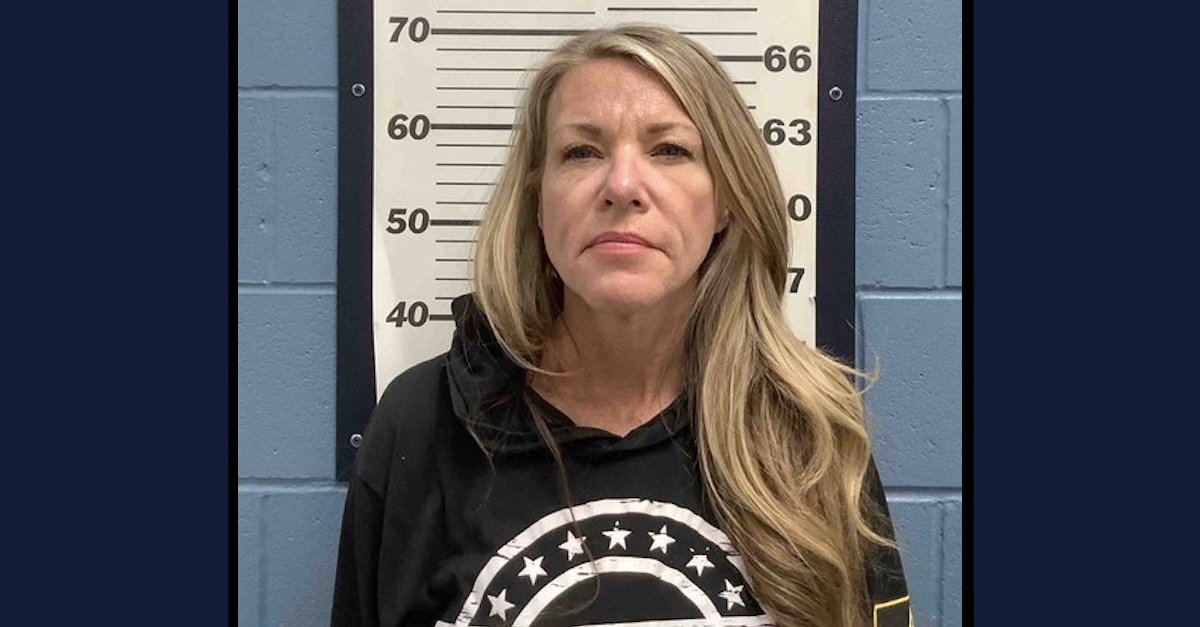 The on-again, off-again criminal court proceedings against Lori Vallow Daybell in Idaho are once again “on” after a judge again ruled that the so-called “doomsday cult” mom is again competent to stand trial.

“Therefore,” Judge Boyce continued, “the October 6, 2022 Order staying the case is hereby lifted, and the Court will reschedule trial in this case.”

No new trial date was immediately mentioned in the terse and conclusory order.  A Jan. 9, 2023 trial had been scheduled in the matter, but the judge scuttled that date on Oct. 6 after the defense and prosecutors in early October raised the need for additional hearings and investigations into Vallow Daybell’s competency status.

Judge Boyce’s Tuesday order references a Nov. 9, 2022 competency hearing and several documents connected to that proceeding. The documents, a “findings of fact, memorandum and order,” are sealed under Idaho law “to preserve the Parties’ rights to a fair trial,” Boyce’s order says.  The precise nature of Vallow Daybell’s recent issues are therefore not entirely clear.

The Nov. 9 hearing was the result of several early October filings by the defense and by prosecutors which were mostly blacked out or redacted.  In general, however, they raised renewed questions about Vallow Daybell’s competency and led to the aforementioned Nov. 9 hearing.

Vallow Daybell is charged with first-degree murder and conspiracy to commit first-degree murder in the deaths of her children Tylee Ryan, 16, and JJ Vallow, 7. She also faces murder charges connected to the death of Tammy Daybell, the former wife of Chad Daybell. Chad is Lori’s current husband; he is also charged in connection with the deaths.

The children’s bodies turned up on Chad Daybell’s Fremont, Idaho property in 2020.

Vallow Daybell’s competency to stand trial was in question during earlier proceedings in May 2021; however, “restorative treatment” was rendered.  Eventually, Vallow Daybell was adjudicated competent to face the charges against her as of April 2022 — but the commensurate order from that month was just as unilluminating as the one issued on Tuesday.

The renewed questions about her competency in early October came shortly after concerns that Vallow was caught repeatedly smiling into a television pool camera during a televised hearing.

Judge Boyce banned television coverage of future hearings because he believed Vallow Daybell’s Sixth Amendment rights were in jeopardy due to the highly saturated local and national coverage of the case.

Vallow Daybell’s attorneys requested the clampdown on television coverage on Aug. 30. Prosecutors agreed with the defense on Sept. 12 that cameras should be banned from the closely watched case.

The judge noted that there was “no indication” that any media organization had ever violated his previous orders in either the Vallow Daybell murder case or the “companion case” against husband Chad Daybell.

In banning cameras from future hearings, Boyce went on at length as if to clarify that the issue was with the potential effects of the coverage and not with the actual conduct of the press in court.