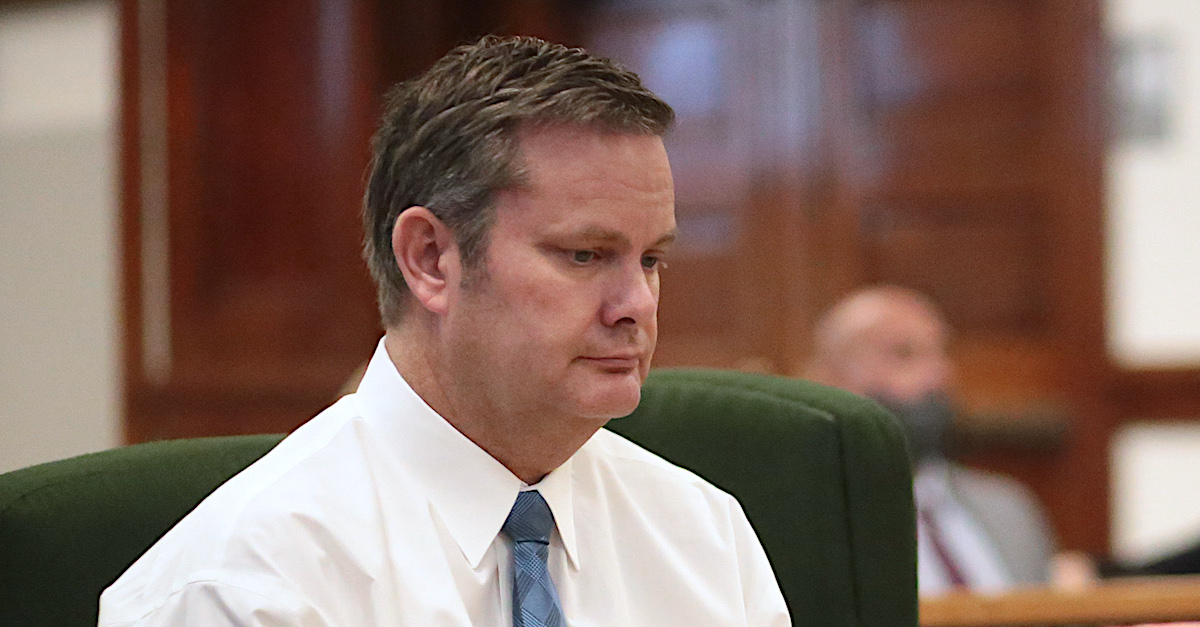 Daybell’s attorney John Prior filed a motion to continue on Sept. 27. Idaho Judge Steven W. Boyce suggested that the filing was coming in a little late, but he nonetheless approved the request.

“While the Court is left questioning how and why such issues [including the need for expert witnesses, development of mitigation evidence, and possibility of another attorney joining the case], all present at the outset of this case, are only now being asserted as a basis for a continuance, the arguments as a whole leave this Court with an abiding sense that the Defense had indeed demonstrated that it is not, and cannot, be ready for trial in January 2023,” Boyce wrote.

Daybell, 54, is charged with wife Lori Vallow, 49, as part of this alleged bizarre, religion-infused plot to murder his previous wife Tammy Daybell, 49, and Lori’s children Joshua “JJ” Vallow, 7, and Tylee Ryan, 16, across the latter part of 2019.

Lori Vallow is also charged in Arizona with conspiracy to murder her previous husband Charles Vallow. Her brother Alex Cox, who is also implicated in the other deaths, shot and killed Charles in July 2019. But Cox died in December 2019 of what authorities call a blood clot.

Lori and Chad went to Hawaii and got married in early November 2019, amid the children’s then-unreported disappearances and mere days after Tammy’s death. Authorities did not initially consider Tammy’s passing to be suspicious.

Boyce has already agreed to postpone Lori’s trial because of renewed concerns about her mental health.

“Trial is currently set to being on January 9, 2023,” the defense wrote. “A final pretrial conference is set for November 9, 2022. The time limit to file written notice of our intention to raise any issue of mental condition under Idaho Code Title 18 is 9O days before trial, or October 11, 2022.”

“Fremont County Case No. CR22-21-1624, is hereby suspended until a determination of Mrs. Daybell’s competency to stand trial can be determined,” the judge wrote. “[A]s a result of a need to determine the Mrs. Daybell’s competency, it is impractical for all Parties to adhere to the Court’s May 26, 2022 Scheduling Order. Accordingly, the Court sees no other alternative at this time than to vacate the January 9, 2023 trial for case CR22-21-1624.”

“Thereafter the Court and counsel for the parties received the completed Psychological Assessment prepared by a Licensed Clinical Psychologist, who is qualified pursuant to I.C. § 18- 211(1) to perform such an assessment,” Boyce wrote. “The completed assessment determined that at this time the Defendant is not competent to proceed, and recommends restorative treatment.”

Before marrying Chad, Vallow reportedly had him grade her family — including JJ, Tylee, and Charles — on whether they had light or dark spirits.

“Here are the family history documents you requested,” Chad Daybell wrote, according to KSAZ. The outlet cited a source who said that Chad Daybell believed that people are reborn or graduate to levels after they die. Author Julie Rowe, a former friend of his, said that he had had two near-death experiences, “so his veil is kind of open, but not completely.”