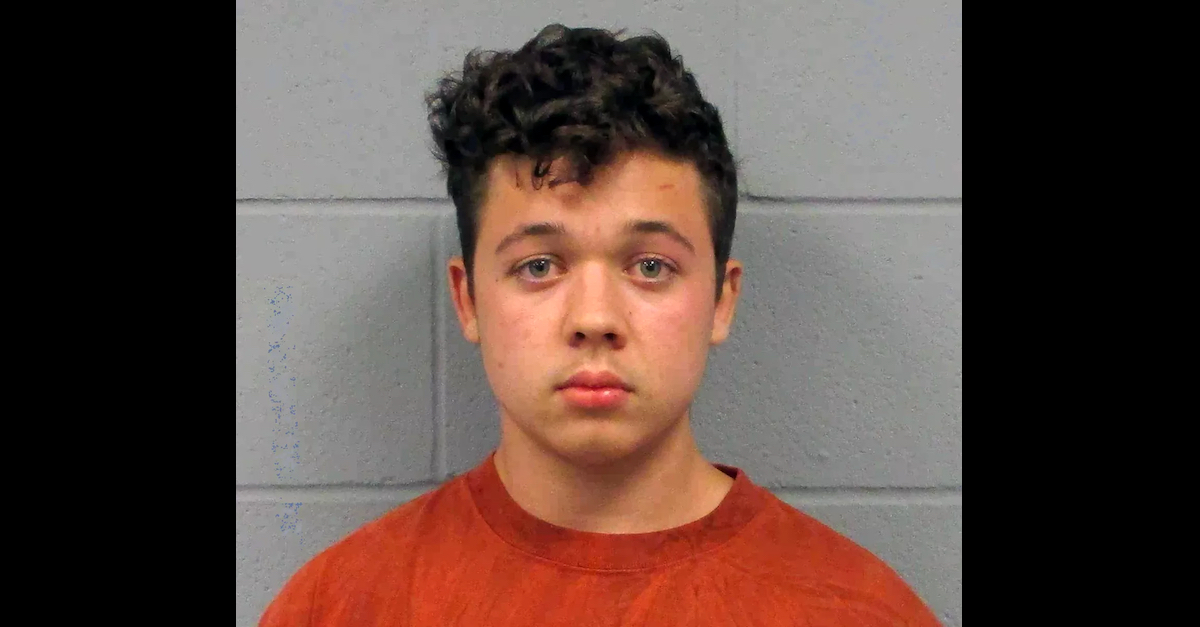 Kyle Rittenhouse appears in an August 26, 2020 photo released by the Antioch, Ill. Police Department. Rittenhouse is accused of killing two protesters days after Jacob Blake was shot by police in Kenosha, Wis.

Prosecutors in Wisconsin want jurors to know what admitted Kenosha killer Kyle Rittenhouse said about his gun in the weeks before he shot and killed two people and injured a third in August 2020.

“Bro, I wish I had my fucking AR,” the 17-year-old allegedly says on a video some 15 days before the fatal incidents that occurred during a Black Lives Matter protest. “I’d start shooting rounds at them.”

In the footage, Rittenhouse and others who appear to be inside a car are referencing a Black man seen jogging out of and away from a CVS Pharmacy. According to prosecutors, Rittenhouse expressed his desire to shoot at “several” such individuals at the drugstore because he believed they were stealing.

“The defendant apparently believed, with no actual evidence, that these individuals were shoplifting from the store,” Assistant District Attorney Thomas C. Binger writes in a motion attempting to move the video into evidence. “There is no indication that the defendant had any idea who these people were or what they were doing.”

“The defendant had no connection whatsoever with the CVS Pharmacy and did not know anyone who was there,” the government’s motion continues. “The defendant was watching the situation from a vehicle parked across the street and had no actual interaction with anyone involved in the incident. Quite simply, the defendant saw something, jumped to a conclusion based on exactly zero facts, and then threatened to kill someone based on his baseless assumption and wrongful interpretation.”

The state obtained the video on Aug. 12, but court papers do not note where the video was sourced. It is widely available on the internet.

To hear the prosecution tell it, Rittenhouse’s alleged desire to shoot people is doubly relevant in his upcoming murder trial.

“The defendant’s understanding of the proper use of his ‘AR’ and of deadly force is crucial to this case, and this video demonstrates that the defendant was eager to use deadly force in an unlawful situation,” the motion argues.

Binger goes on to explain why at length:

The defendant’s state of mind at the time that he shot and killed two unarmed individuals on August 25, 2020 and shot and severely injured a third person is a critical issue in this case. The video from only 15 days earlier, on August 10, 2020, provides crucial insight into that issue. It shows that the defendant eagerly made assumptions about the intentions of others even though he knew absolutely nothing about what was going on. The video also demonstrates that the defendant fervently sought to insert himself as an armed vigilante into situations that had nothing to do with him. Finally, and perhaps most importantly, the video proves that the defendant was ready and willing to use deadly force in a situation where it was completely unjustified. There is no lawful privilege for anyone to use deadly force to prevent property loss or stop a suspected shoplifter.

It is undisputed that the teenager killed Joseph Rosenbaum and Anthony Huber while wounding Gaige Grosskreutz with a rifle during the Kenosha protests in Aug. 2020.

The defense has previously attempted to argue that Rittenhouse acted in self-defense and therefore did not commit a felony. That argument failed during the pre-trial stage but the defense plans to use it during trial as well — where such arguments are typically adjudicated. A self-defense argument necessitates admitting the underlying action was actually committed by whoever attempts to claim it.

This means Rittenhouse and his defense attorneys are not disputing that he shot and killed two people while injuring a third – just that the fatal force he used was permissible and justified under the law.

Various conservative, far-right groups, Second Amendment organizations and individuals have made Rittenhouse into a right-wing folk hero for the deaths of Rosenbaum and Huber. In the immediate aftermath of his arrest and criminal charges, millions of dollars were raised for his putative legal defense by various entities.

Prosecutors would also like to know who, exactly, has contributed to those funds — especially if they live in the Badger State.

In another motion filed on Wednesday, Binger asked a judge to compel the defense to release the names of anyone who has donated to those funds that helped pay for his attorneys, his $2 million bail, or who has purchased a “Free Kyle” tee shirt via his family’s website.

If anyone in Kenosha County, Wis. contributed to any of those fundraising efforts, the ADA argued, they should not be allowed to serve on the jury for the murder trial — which is currently slated for Nov. 1 — and the prosecutor needs to know who they are.

According to the Milwaukee Journal Sentinel, the prosecutor said he would accept the judge having the full list of donors — with only the names of any Kenosha County residents being provided to the government.