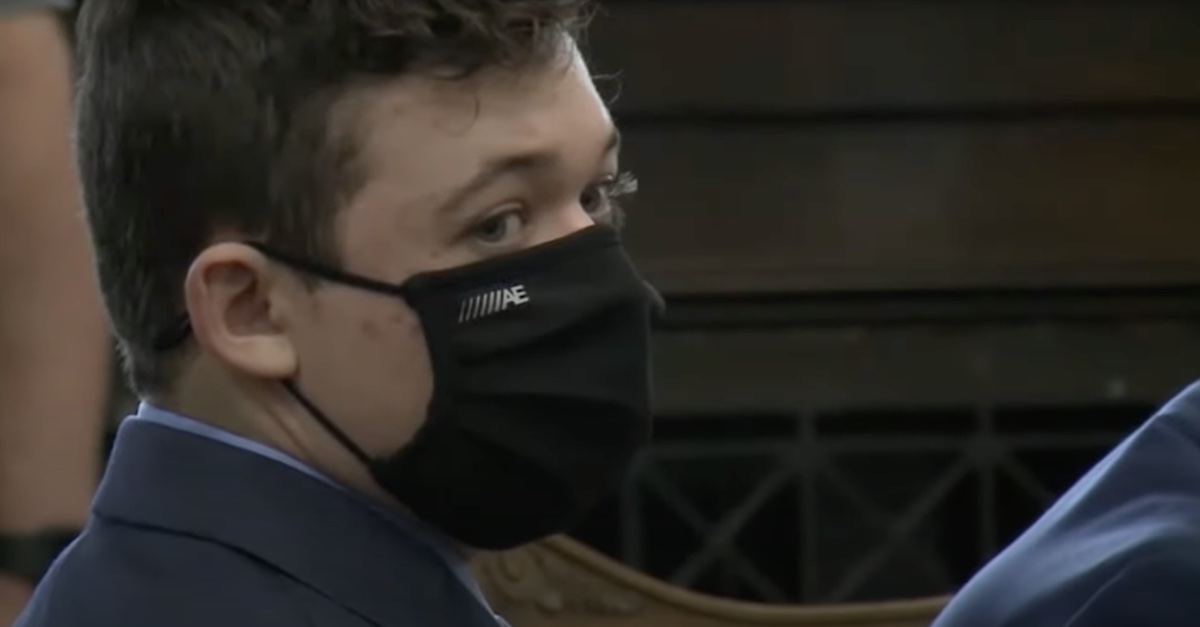 Kenosha shooter Kyle Rittenhouse appeared live in Wisconsin court for the first time on Friday, as lawyers charted a roadmap for the teenager’s upcoming double-homicide trial in November.

Now out of jail on a $2 million bond, Rittenhouse has been assembling a list of experts to support his contention that the then-17-year-old was defending himself when he shot three men—two of whom died—during riots and racial justice protests that broke out in Kenosha, Wisconsin, following the police shooting of Jacob Blake.

With trial set for Nov. 1, the parties spent Friday morning sorting out the case calendar for a little more than 15 minutes, and they quickly reached an agreement on the schedule. Pretrial motions are due by July 1, and the defense must disclose their experts and reports by Aug. 1, with jury questionnaire submissions due that same day.

The next pretrial court date has been set for Sept. 17, for the motions hearing and jury questionnaire discussions.

Since viral videos of his shootings lit up the internet in August 2020, Rittenhouse’s case divided the nation around mostly undisputed facts. Rittenhouse traveled from Illinois to Kenosha, Wisconsin, claiming that he wanted to protect local businesses following protests and riots that broke out after police shot Jacob Blake in August 2020. Videos appear to show the teenager being chased before shooting and killing two men—Anthony Huber and Joseph Rosenbaum, who prosecutors say appeared unarmed.

The teenager claims self-defense in all three instances. His former association with pro-Trump lawyers—most notably, Georgia defamation attorney Lin Wood and John Pierce, the head of the Rudy Giuliani-linked law firm Pierce Bainbridge—turned him into a conservative cause célèbre.

Pierce, whose firm represented Giuliani, George Papadopoulos, and Carter Page, arguably ratcheted up those divisions by telling Fox News personality Tucker Carlson that Rittenhouse would raise a Second Amendment defense on the weapons charge and that the teenager had a right to carry his rifle as a member of a “militia.”

Rittenhouse’s family and defense team is now distancing themselves from such rhetoric—and they vigorously deny that the teenager had any militia ties. Now playing down the case’s politics, they reportedly “terminated” their ties with Pierce after prosecutors described #FightBack Foundation—a non-profit group the lawyer previously operated with Wood—as a “slush fund” in a legal brief.

In an exclusive interview for Law&Crime’s podcast “Objections,” mother Wendy Rittenhouse slammed both lawyers and demanded an audit of #FightBack, which raised funds for her son’s bail. She says that demanded to see the accounting books.

Her son’s defense is now in the hands of far less polarizing counsel, led by Mark Richards. Attorneys for the Madison, Wisconsin-area firm Chirafisi & Verhoff also filed a notice of retainer.

Listen to background on Kyle Rittenhouse’s case and the legal team’s shake-up here: