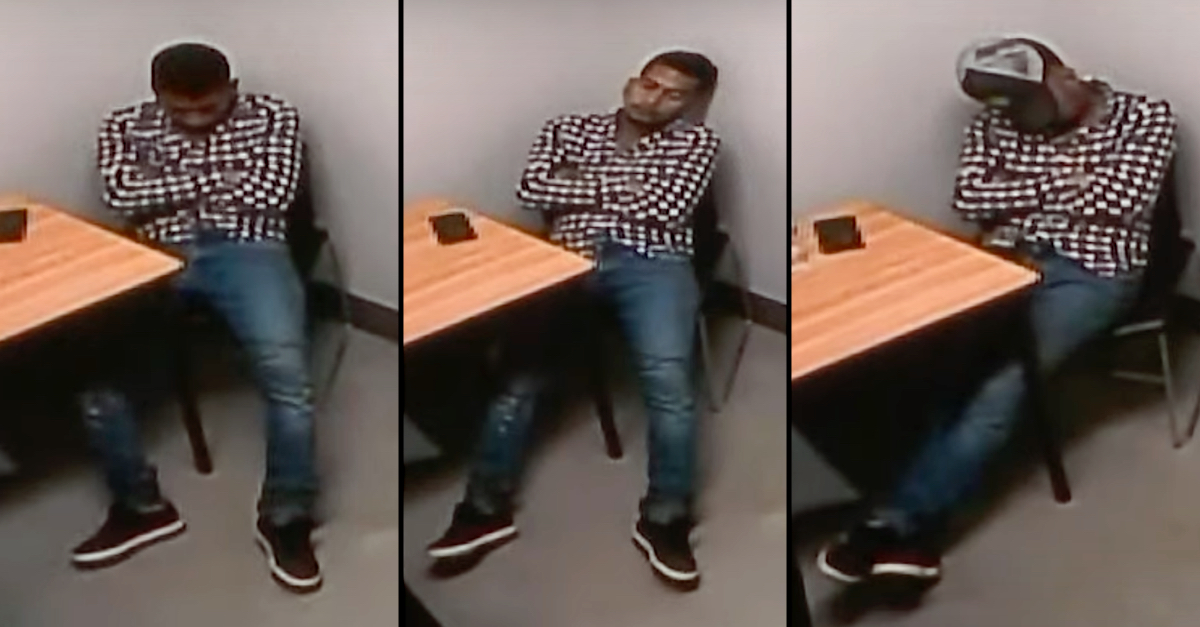 Defense attorneys for Iowa murder suspect Cristhian Bahena Rivera on Friday played video of the defendant dozing off for the better part of half an hour during a dark of night police interview. The recording, presented to the jury in fast forward mode, showed the defendant accused of stabbing college student Mollie Tibbetts taking a nap — invariably moving his feet, cradling his head in a comfortable position, using a baseball-style cap to shield his eyes, and eventually touching his head to the table — while the questioning officer was out of the room to fetch him a sandwich and a drink.

Defense attorneys have long suggested that Bahena Rivera’s overnight interview, which occurred after a grueling 12-hour shift on a local farm, may have produced a false confession. 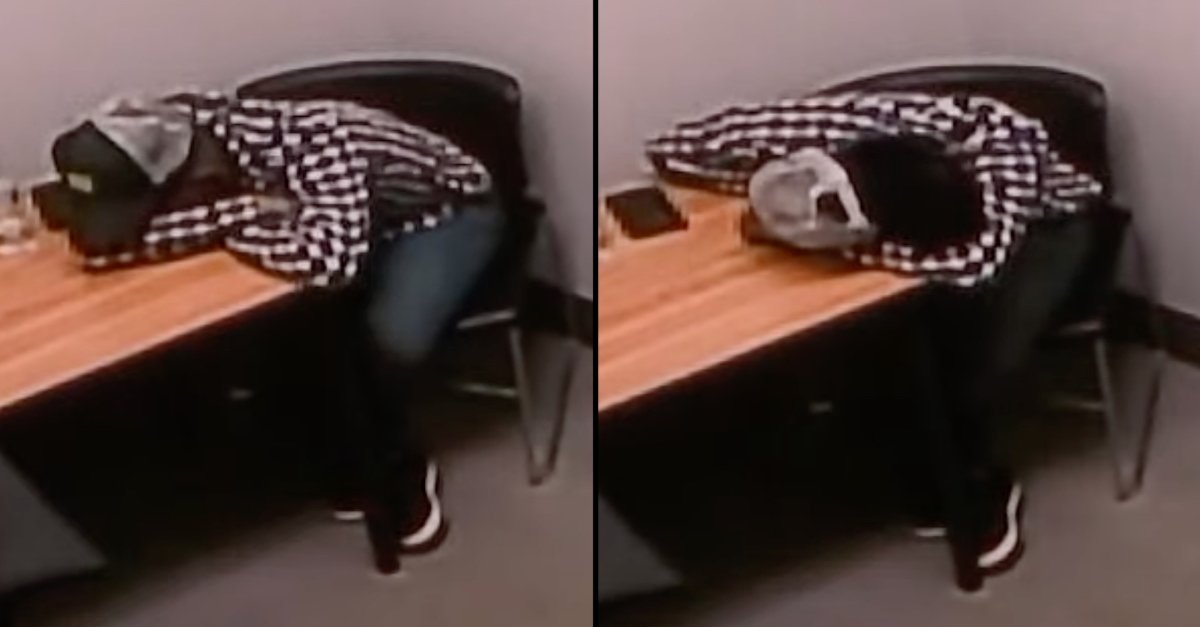 Several video screen grabs show Cristhian Bahena Rivera with his head down on a table in a police interview room.

“When you came back into the room, you saw that Mr. Bahena was sleeping, isn’t that right?” defense attorney Jennifer Frese asked former Iowa City Police Officer Pamela Romero.

“I was carrying the food, so I was looking down, and I placed the plate, so when I turned up, I saw him the way he looks in the video: up and seating forward a little bit,” Romero replied.

“So, you’re telling this jury that you did not see him sleeping?” Frese probed.

“I do not recall seeing him with his head down,” said Romero. “I was carrying the food; I was making sure the sandwich was not falling off the plate; I put the plate down with the drink, and then when I looked up, when I noticed Mr. Rivera, he was looking up the way that it is in the video.” 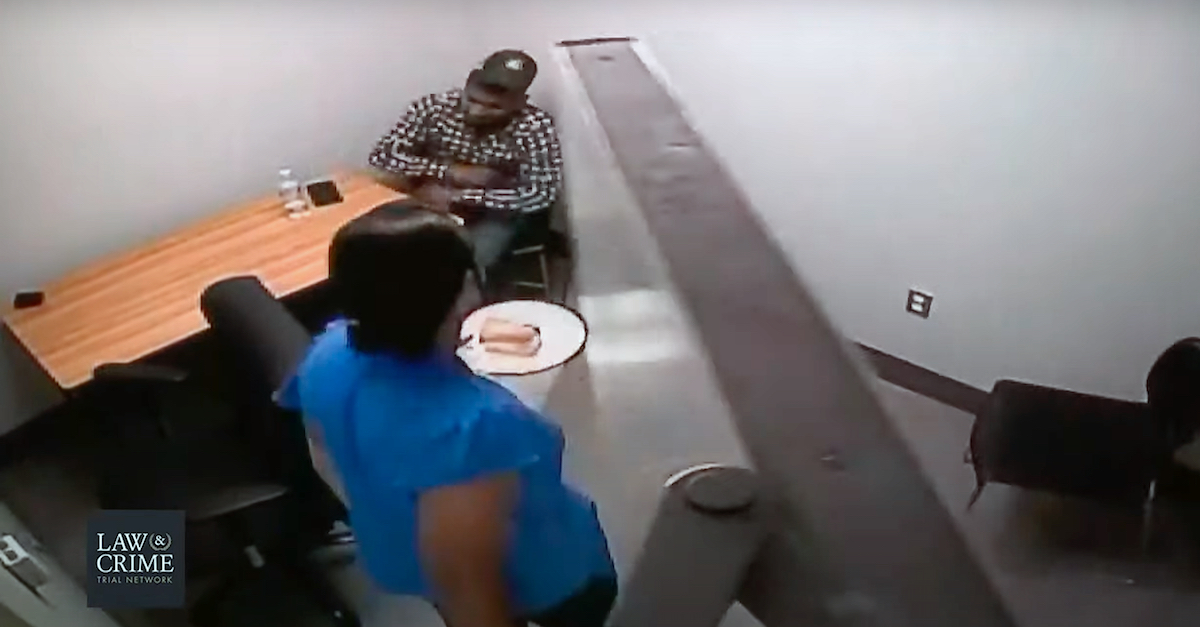 Officer Pamela Romero arrives with food for Cristhian Bahena Rivera at about 9 p.m. Defense attorneys believe it was his first meal since a lunchtime break at a farm where Bahena Rivera worked.

The defense then moved to the transcript to figure out what really happened.

“Ma’am, isn’t it true that as you walked inside the room you said, ‘you fell asleep?'” Frese asked. 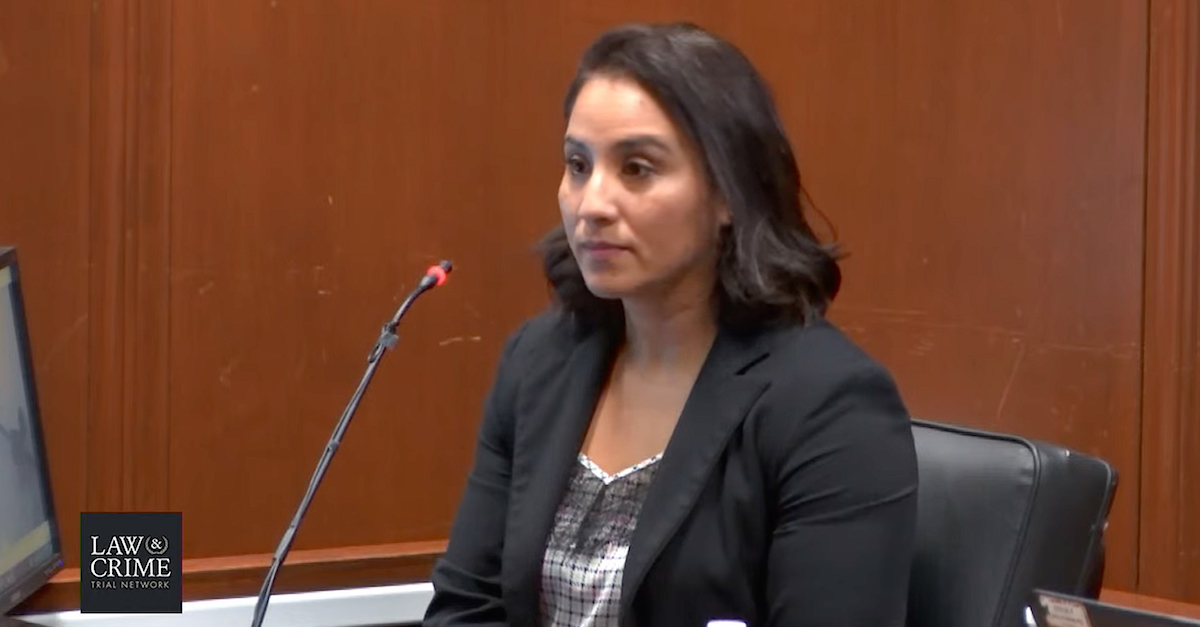 The conversation then turned back toward the food Romero had procured for Bahena Rivera. Romero said she didn’t recall all of the conversation off of the top of her head.

The defense has at times suggested that Romero, who grew up in Mexico, spoke a slightly different Spanish dialect than Bahena Rivera spoke because the two were from different regions. 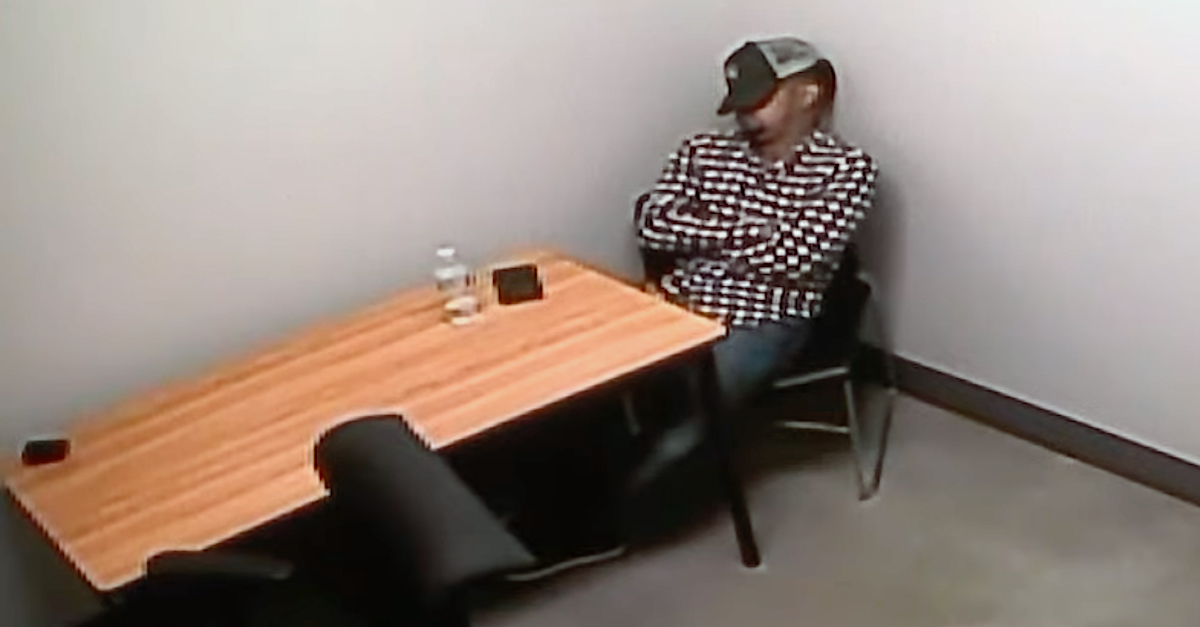 Circling back to the issue of the defendant’s custodial nap, The images of Bahena Rivera were recorded between approximately 8:27 p.m. and 8:57 p.m. Central Standard Time, Frese said.

The Frese’s questioning of Romero continued:

Q: He’s told you he worked from 5 a.m. until the law enforcement officers came and spoke with him, is that right?

A: That is correct.

Q: Do you know of any meals that he was fed between arriving at the law enforcement center and you giving him that sandwich?

Q: Did you ask him when he last ate?

Q: It would be fair to say that the last time he probably had a break, either from being at work or being interviewed, would be at lunch time.  Isn’t that right?

A: It would be fair to say that.

Q: Alright.  It was certainly past his dinner time at nine o’clock?

Q: It probably was about the time this man would be going to sleep, isn’t that correct?

The prosecutor objected because it called for speculation. The judge sustained the objection. 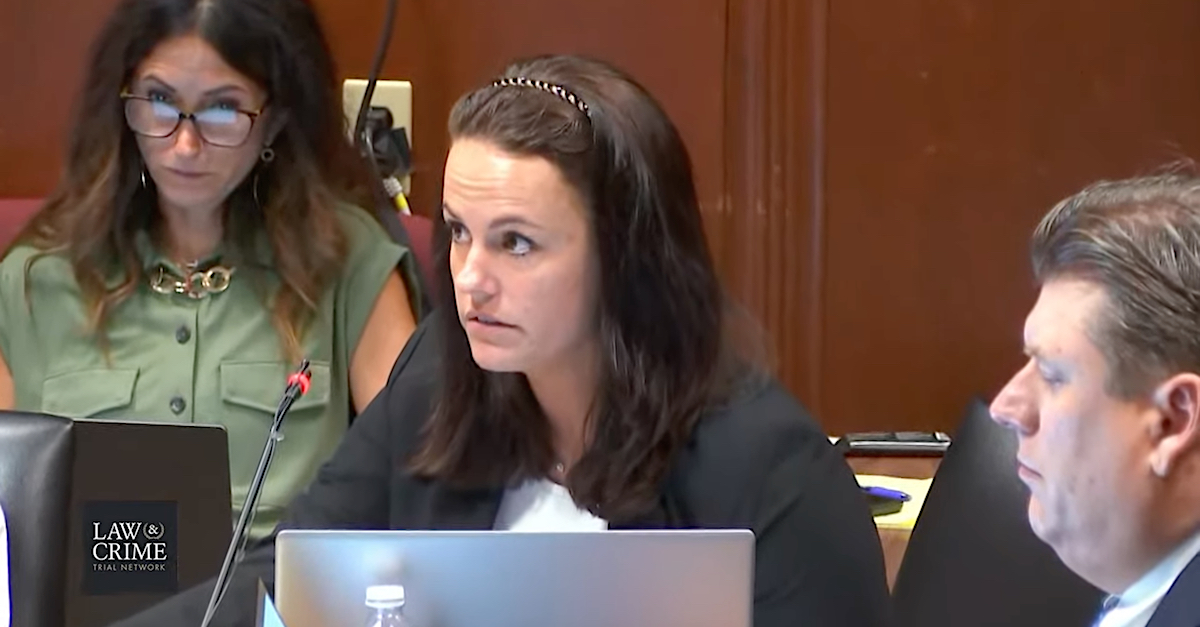 Frese presented another video which showed the defendant looking through his cell phone while eating. At times, the defendant rubbed his eyes. Frese then noted that Rivera’s family showed up at the police station and that Romero told them they might as well go home.

Frese then turned back to the issue of sleep.

FRESE:  Isn’t it true that my client asked you, “I’m going to sleep here? So I can start making myself comfortable in here?”

A: Yes. Again, after that, there was a chuckle with both of us.  He — was — I was understanding that he was asking me if he could get comfortable.  I said, “no, no, don’t — don’t get too comfortable; I’m going to be right back.”

Q: Well, you acknowledge that my client indicated that he was very tired.

A: Uh, no.  As you can see at the beginning of the videos, the client, sorry, Mr. Rivera, was very active with me when I had contact with him at all times. I do not recall and I do not remember at any time Mr. Rivera leaning backwards in the chair when I was talking to him all the time.  As it was seen in the video he was leaning forward, he was engaged in conversation, he even was leaning on the table towards me.  That is the understanding, so, yes, he was tired, everybody was tired, but I was not able to see that he was really, really tired.

Q: Well, you had acknowledged to me, ma’am, and the first time I approached you with the transcript, on page one, or, excuse me, on page 21, you told him, as you walked in, you said, “you fell asleep,” correct?

A: Yes.  That was the question that I made.

Q: And, when we watched the video, Mr. Bahena was asleep.

Q: Well, he appeared to be sleeping on the video; isn’t that right?

A: He, to me, appeared to be resting — leaning against the chair to the back of the room; yes.

Q: And then, just a bit later, he asked you — and you’re telling us that it’s a joke — if he was going to sleep there. Is that right?

Later on during the cross-examination, Romero said she “did not know that Mr. Bahena was a suspect” and disagreed that her conversation with the defendant was an “interrogation.”

“I was not aware that it was a homicide case at the moment,” Romero then testified.

That statement by the officer led to an astonished line of questioning by Frese, who noted that Tibbetts had been missing for “over a month” under highly suspicious circumstances.

“There were several times in the interview where you questioned my client, saying, ‘where’s the body,’ correct?” Frese then asked.

“I do not recall that,” Romero answered. 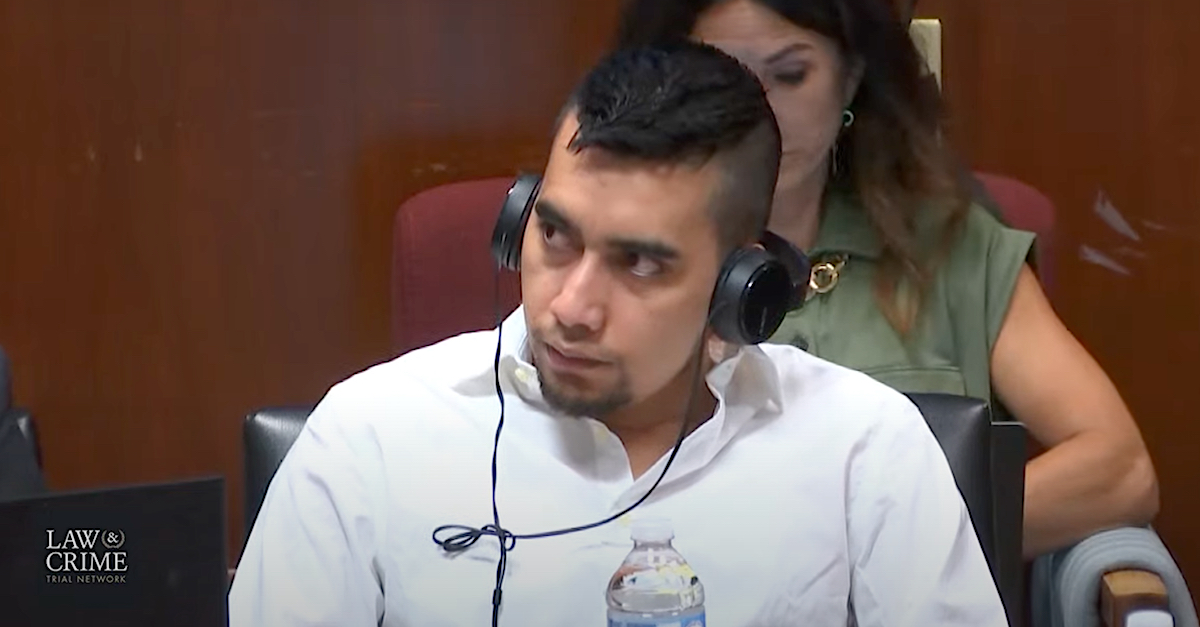 The defense’s line of questioning is legally relevant. The Supreme Court of the United States, in a series of cases, has held that lengthy interrogations without food or water are likely to produce false confessions and are therefore inadmissible because they are unreliable. The jurisprudence on the issue includes Ashcraft v. Tennessee, a 1944 case involving a young Black man questioned between 6:00 p.m. and 2:00 a.m., and again from 7:00 p.m. until 9:30 a.m., about a murder near Memphis in 1941. No recordings of interrogations existed at the time. The defendant said he never confessed; the police said he did. The Supreme Court said it didn’t matter: “if Ashcraft made a confession it was not voluntary but compelled,” the majority held. “The Constitution of the United States stands as a bar against the conviction of any individual in an American court by means of a coerced confession,” wrote Justice Hugo Black for the Court’s majority in an opinion pegged upon the Due Process Clause of the Fourteenth Amendment.

“We conclude,” the Court wrote in Spano, that the defendant’s “will was overborne by official pressure, fatigue and sympathy falsely aroused after considering all the facts.”

Another case in this line of jurisprudence, Colorado v. Connelly (1986), collects cases in a footnote which explain the nexus of food and water to the voluntariness inquiry in whether or not a confession has been “coerced” by, in essence, starving an admission of guilt out of a defendant. The relevant footnote reads:

All of those convictions were reversed, and the case law is the genesis of the near obsession by both police and defense attorneys with whether or not a suspect has been frequently offered food, water, and bathroom breaks. 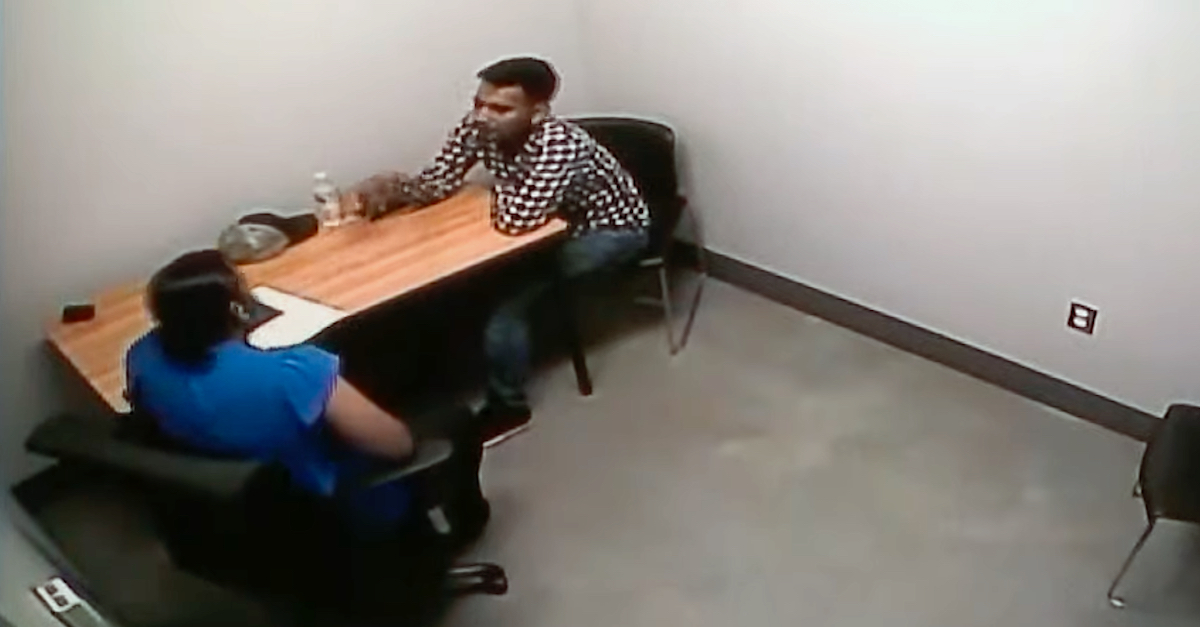 Officer Pamela Romero testified that Cristhian Bahena Rivera was alert and talkative when she asked him questions.

What the jury in Bahena Rivera’s case has not heard — and will not hear — is a collection of allegedly incriminating statements made by the defendant after Officer Romero failed to adequately advise him of his right against self-incrimination under Miranda v. Arizona (1966). Romero left out one part: she failed to tell Bahena Rivera that his statements could be used against him in court. The judge threw out that part of what Rivera said during the hours-long interrogation but otherwise allowed most of the interrogation and its fruits to be included in the ongoing trial.

Bahena Rivera’s defense is now pressing the issue involving the length of the interrogation with hopes a jury or more likely an appeals court will jettison any thought of conviction. Bahena Rivera was interviewed for eleven hours, the defense says, but prosecutors have noted that he was provided with breaks and food.