Judge Asks for ‘Round of Applause’ for Military Veterans in Kyle Rittenhouse Trial. A Defense Witness Was the Only Veteran in the Room. 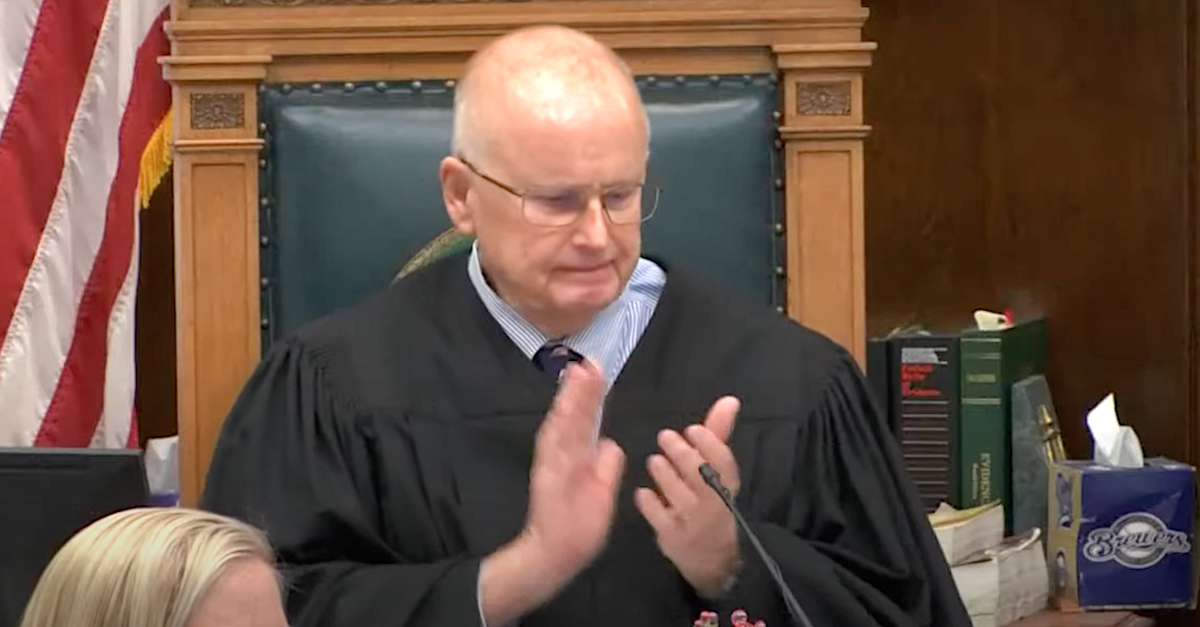 Judge Bruce Schroeder asks for a round of applause for military veterans to kick off Day 8 of testimony in the Kyle Rittenhouse intentional homicide trial. The day, Nov. 11, 2021, was Veteran’s Day. (Image via the Law&Crime Network.)

The judge overseeing the Kyle Rittenhouse intentional homicide trial in Kenosha, Wis., on Thursday morning asked for a “round of applause” in the courtroom to honor members of the military on Veterans Day.  The very next witness — an expert called by the defense — indicated that he was the the only person in the room who had served in the armed forces.

“I wanted to just observe that it’s Veterans Day, and, uh, any veterans in the room on the jury or anywhere else?” Judge Bruce Schroeder said on the beginning of day eight of testimony in the politically charged case.

“Well, that’s unusual not to have somebody in here,” the judge continued.  “Well, Dr. Black is — what branch?”

The judge was referring to Dr. John R. Black, an expert witness for the defense.

Black said he was in the army, but his description of his service was slightly hard to hear because he was not seated near a microphone at the time.

“I think we give a round of applause to the people who have served our country,” the judge said. 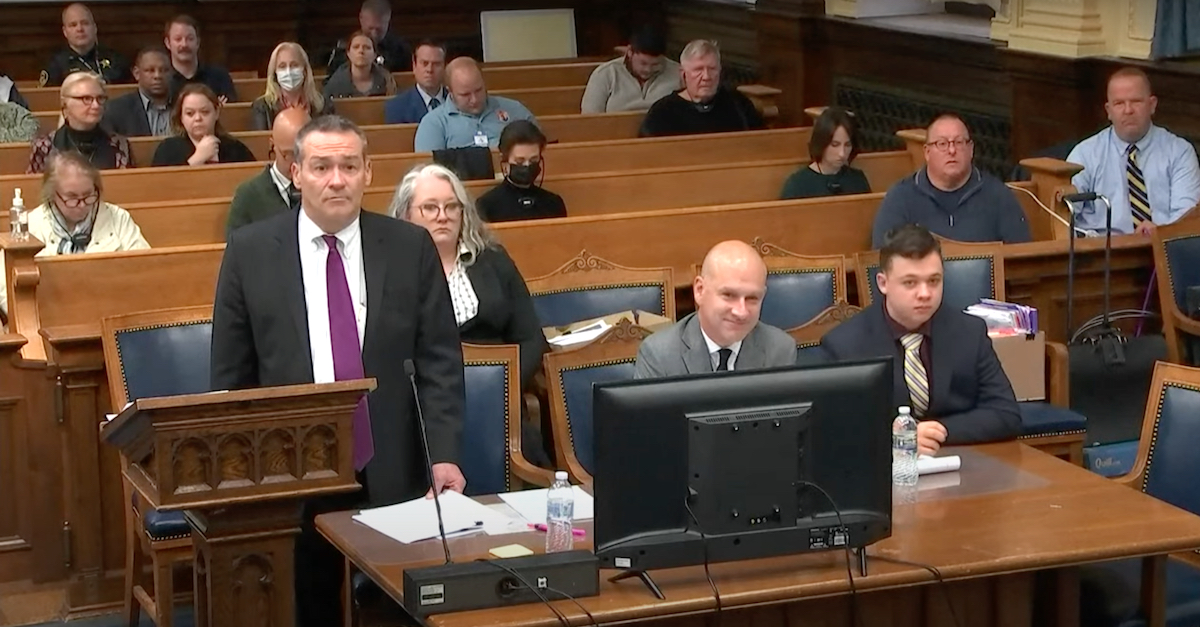 Defense attorney Corey Chirafisi began to grin when Judge Bruce Schroeder asked for a round of applause for military veterans. (Image via the Law&Crime Network.)

Defense jury consultant Jo-Ellan Dimitrius, whose job it is to monitor the reaction and tone of the panel seated to assess the defendant’s guilt, looked closely at the jury when the judge made the request.

A round of applause quickly followed.

Defense attorney Mark Richards then called Dr. Black to the witness stand. Black spent considerable time walking through his expertise in law enforcement in Oregon and with the military. He said he spent “thirty years” in the military with a highest “rank of sergeant major” before retiring.

Black began to discuss the frame rate and resolution of video evidence presented in the case and started to broadly insinuate that the video might not show precisely what prosecutors claimed it did because some software programs process raw video and “interpolate” their own information into the raw data for display purposes. Yesterday, the defense objected to the state’s use of a “pinch and zoom” feature on an Apple iPad to zoom in on a recording because the defense said that function might use “AI” to add data into the raw files and make them unreliable as evidence.

Prosecutors forced Rittenhouse to walk through the video on Wednesday, Nov. 10., in an almost frame-by frame manner. At times, the video contradicted Rittenhouse’s version of events; at times, Rittenhouse was uncomfortable with the state’s characterization of what the video depicted. Rittenhouse steadfastly indicated that he fired because he feared others present would take his gun and kill him.

Lead prosecutor Thomas Binger objected to Black’s testimony. He said Black began to testify about matters far beyond the court’s original order allowing the expert’s testimony about specific gunshots and specific pieces of video evidence. Binger said the defense never sought to expand the testimony beyond those slices in time and “never responded at all” to an order the judge signed long ago to limit the expert’s testimony as indicated.

“They had every incentive to make sure that the court’s order with regard to their expert witness is accurate,” Binger continued. “Despite having that very powerful incentive, they did not object, they did not contact the court or me with any reaction to that order.”

Binger said Black suddenly issued a successive report that went “well beyond” his original July 31 report and that it was unfair for the defense to spring the information upon the state in a last-minute fashion.

Schroeder asked about the “prejudice to the state” that would be caused by Black’s testimony. He said he was more open to have the “whole thing presented” than his original order indicated.

“Alright, say what you want to say,” the judge responded.

“I’m being held to obey the court’s order; I’m asking that the defense be held to that, too,” Binger responded — again referencing the dressing down he received the day prior.

The judge said he needed to interrupt Binger at that point to say that yesterday’s issue — the one which resulted in the judge yelling at Binger — was a constitutional issue. This was an evidence law issue.

“This is a notice issue to the state,” Binger said — in other words, the defense blindsided the state.  “He’s adding new things at the last minute.”

Binger indicated that expert testimony required notice to be provided so that the state could review the expert evidence and mount an adequate response to it. He said Black prepared a report Oct. 24 that was just given to the prosecution on Nov. 10.

The judge warned the defense to proceed with caution but, as has been his usual practice, reserved specific rulings for in-the-moment testimony.

Black testified that Rittenhouse fired on Joseph Rosenbaum about two and three-quarters of a second after Joshua Ziminski fired a separate gunshot near where Rittenhouse opened fire. Rittenhouse testified that he wasn’t sure where the gunshot came from but that it increased his fear for his own safety.

Black said that Rittenhouse was kicked in the face by an unknown assailant before he fired additional shots.

Black said the video had “absolute benefit” to analysts because it showed “objectively” what was occurring, but he said it had drawbacks. For instance, it can be brightened; it can show things Rittenhouse wasn’t focusing on with this eyes; cameras weren’t positioned precisely where Rittenhouse was standing.

Watch the events in court unfold below: